A state environmental cleanup program may have to start work or stop paying its employees.The results of an Office of Legislative Services audit of the New Jersey Department of Environmental Protection were released Monday, showing that the NJDEP is five years behind on a deadline for ranking toxic sites in the state to establish which sites to clean up first. NJDEP employees, that report said, continued to be paid salaries from a fund intended to finance clean-up efforts that never began.

Though OLS called the payments to employees of the “reasonable,” the office recommended that the DEP address the issue. Until the department makes those rankings and makes them public, the work of cleaning hazardous sites covered by the Site Remediation Program cannot get started.

“In total, we found 50 employees not performing work for the Site Remediation Program, which is funded through the Hazardous Discharge Site Cleanup Fund and the New Jersey Spill Compensation Fund,” the Office’s report read.

“At the end of calendar year 2013, 415 employees with annual salaries totaling $35.7 million were on the SRP payroll,” it continued. “Management did not exercise adequate oversight to ensure that costs charged to the SRP relate to the program and the funds that support it. This issue was still occurring as of the end of our field work.”

Jeff Tittel, Director of the New Jersey Sierra Club, said that the audit shows a failure on the DEP’s part to take the necessary step of alleviating New Jersey’s toxic site problem.

“Under the Site Remediation Reform Act, they were supposed to come up with a ranking system and prioritize clean-ups six years ago. DEP was supposed to go after the 300 worst sites in New Jersey and other sites that have been polluting for decades. Since 2010, none of that happened, which means the whole program has become a lie. This is a fraud that has risked the people of New Jersey with more pollution.”

For his part, NJDEP commissioner Bob Martin wrote in a  response to OLS that work on the public ranking database is ongoing, saying that he agreed with the Office’s recommendations.

“The challenges faced by SRP in development of the RPS system include the substantial volume of sites that qualify,” Martin wrote, “and data gaps due to property abandonment and missing records. SRP anticipates work will continue on the development and implementation of the RPS system.” 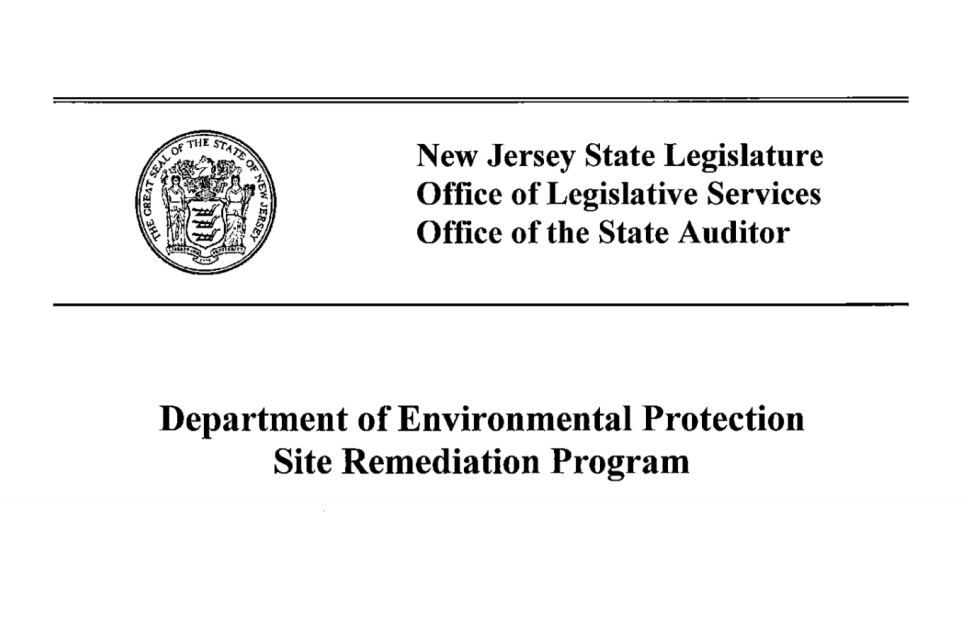