Apologies in advance for being the fifteenth person to say this to you but…Are you watching UnREAL yet? Yeah, the one sort of about a fake Bachelor show. No, it’s like, really good. But actually.

That exact conversation has been passed along from television lover to television lover like a feminist game of “Telephone” since UnREAL premiered last June. The show’s premise (behind the scenes on a Bachelor-stand in called Everlasting), and its network (Lifetime) belied the show’s depth and humor, and slowed its recognition into the pantheon of Prestige Television.

“During the course of the first season, I think we in the case were all fully aware we were making something different and impactful and interesting,” said Jeffrey Bowyer-Chapman, who plays the openly gay producer Jay on the show. “And I think we all knew it might take a minute for the audience to catch on, just because it’s so wildly different than anything Lifetime had produced in the past.”

Season 1 ended like a magic trick: a tortured knot of alliances and ambitions that’s gently pulled out and then—poof!­­—gone; Comparisons to Breaking Bad don’t feel off base. All of your friends were right: UnREAL is the new must-watch TV. And now we’ve finally caught on, just in time for Season 2.

“I feel like for so many years in the industry, LGBT-identifying actors were told to play small or themselves down or ‘butch it up’…We were told what we were naturally, what came organically, was not good enough.”

This time around, Everlasting is featuring its first Black suitor, something the real Bachelor has yet to get around to. Where acerbic Rachel (Shiri Appleby) is happy to use him a gimmick for good ratings, Jay operates as the lone moral dissenter.

“My character, Jay, has ambitions far beyond the world of Everlasting,” Bowyer-Champan told me. “This season, with the addition of a Black suitor, Jay finally has that glimpse of hope that he can make interesting, important television, hopefully raising everyone around him up with him and protecting a contestant in the process.”

That contestant is Ruby (Denée Benton), an activist Rachel tricked into dropping out of Berkley before graduation to appear on the reality show. While the other Everlasting contestants wore bikinis after a pool party for their first pseudo-rose ceremony, Ruby wore an I CAN’T BREATH T-shirt.

The real Bachelor might quietly eliminate the Black contestants after a few weeks and pretend that brown haired, blue-eyed cowboys are a perfect representation of America, but UnREAL addresses that controversy head-on.

“When we were in the process of pre-production of this show I had many discussions with Sarah Gertrude Shapiro, the co-creator of UnREAL, about the storyline this season. [I wanted to ensure] Jay’s storyline specifically was an accurate representation of what it is to be a man of color walking through the world on a daily basis.”

“[The LGBTQ community knows] we are just as valuable, and have interesting stories to tell, stories that need to be told. It’s a matter of standing together and using our voices to let little boys and girls know that they are not alone.”

Jay is also gay, and as an openly gay man himself Bowyer-Chapman understands the impact of gay characters in media who are nuanced and three-dimensional.

“I feel like for so many years in the industry, LGBT-identifying actors were told to play small or themselves down or ‘butch it up,’ whether you’re a male and you’re only going out for straight characters because gay characters aren’t being written, or you’re a woman and you’re told to ‘femme it up’ to play the leading lady role. We were told what we were naturally, what came organically, was not good enough.”

Our interview was before the tragedy in Orlando on June 12, when forty-nine individuals were gunned down at a gay nightclub, but reading his sentiments back, I’m struck by how prescient, and how powerful, his words are.

“We know that we are good enough. We know we are just as valuable, and have interesting stories to tell, stories that need to be told. It’s a matter of standing together and using our voices to let little boys and girls know that they are not alone, and to give them the opportunity that we didn’t have growing up, watching television and never seeing people who were reflections of ourselves. I think that’s very important.” 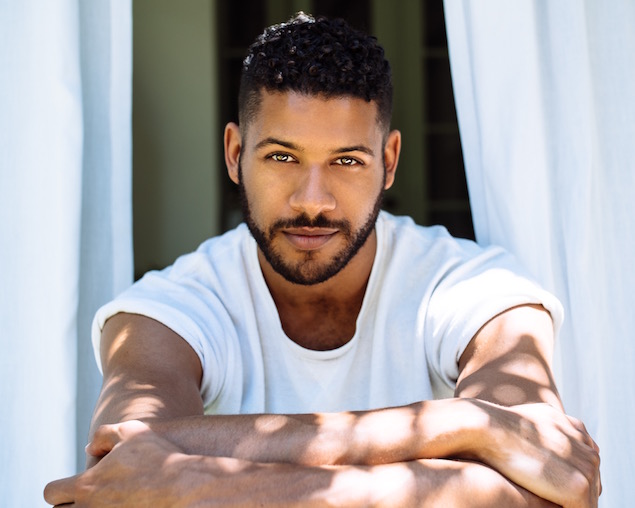