As I write these words Britons are voting on Brexit, the proposal for Britain to leave the European Union, and the outcome of the vote is not yet known. It is a fitting moment to consider what the Brexit vote means, what it will mean to the future of Europe, and what it may tell us about the future of politics in America and throughout the democratic world.

Whether the Leave or Remain group wins the vote in Britain will be a seismic moment in European history, possibly the most important European moment since the 1940s. To the degree that this column considers the implications of the Brexit vote for American politics, which could be significant, what follows is not a statement of preference (my preference in the presidential campaign is well known) but an analysis of the political, economic and cultural trends in the United States and Europe which, with regard to the issues surrounding the Brexit vote, are very similar.

Throughout the democratic world, and particularly in the United States and Europe, there is a tidal wave of public revulsion against political and financial establishments of all kinds. There is a deep wellspring of economic anxiety from citizens who feel their economic wellbeing is threatened by a cold and impersonal economy in which they worry about being left behind. There is a widespread feeling, backed up by economic data, that most citizens keep falling behind as their wages and incomes lag below the true increase in their cost of living.

There is also, throughout the United States and Europe, a feeling that their countries are besieged by immigration from people of different cultures and backgrounds which also has the effect of threatening their livelihood by bringing large numbers of new low-wage workers to the workforce.

And there is a feeling that the world economy has brought a race to the bottom, where jobs are exported to lower-wage nations in an economy where the rules are fixed and the deck is stacked against the common man and woman, and in favor of financial establishments and elites who wield power over political and government establishments.

In both America and Europe there is the omnipresent threat of terrorism, which is related to the intense issue of immigration. To complicate matters further, Russian strongman Vladimir Putin has become increasingly aggressive, and the more Europe becomes divided the greater the danger from Putin, who would gain strength from a European breakup.

Finally, there is a widespread feeling that events have spun out of control, that national sovereignty has lost its meaning, that events are in the saddle and riding mankind.

Throughout Europe these sentiments have incited enormous anger against establishments of all kinds that motivates both the left and the right and has increasing appeal to the center.

If the Leave forces prevail it will give a lift to Trump, which is not being reported in American media today but will be widely reported in the aftermath.

In the presidential campaign this spirit of anxiety, anger and insurgency has manifested itself in the surprisingly strong showing of Donald Trump and Bernie Sanders, both of whom “get it”—but come at the problem from (in most cases) widely differing points of view. Hillary Clinton, I would add, is fundamentally a bystander in the great divide between populists and establishments, trying to maneuver between the two camps, unlike Trump and Sanders, who are both clearly aligned with the anti-establishment camp.

Personally I am very strongly on the Remain side of Brexit, though I fully understand the forces that drive the Leave side. I have had long relationships with Europe, going back to my days in law school where I studied for a semester at St. Edmund Hall at Oxford, and post-law school, where I received a degree from the London School of Economics. During the 1980s I participated in the European Visitors Program, the counterpart to the State Department’s Young Leaders program, where I met with high level officials of Britain, France, Germany and the European Union in Brussels and Strasbourg.

If the Leave group prevails there is a real question whether the European Union could break apart. There would be an escalation of other movements to leave the EU in nations across the continent. At the same time, most voters in Scotland want to remain in Europe and it is possible the movement for Scotland to leave Britain would revive to enable Scotland to remain in Europe while leaving Britain. A triumph for the Leave forces would empower separatist and nativist forces across Europe.

In Britain the major players throughout the business establishment are joining forces with the conservative British Prime Minister and the leader of the British Labour party in support of the Remain forces. Will this strong establishment support persuade the public to remain? Or will it create an anti-establishment backlash that carries the Leave forces to victory?

For the same reason that the trade issue is a potent force advancing the Leave cause in Britain, it is one of the few major areas where Trump and Sanders agree—both oppose the Trans Pacific Partnership trade agreement, which Clinton once supported but now opposes.

In American politics this anti-establishment backlash has fueled the candidacies of both Sanders and Trump throughout the primaries.

On the Democratic side, the question is whether Sanders will re-mobilize his small donors and volunteers on behalf of Clinton and efforts to elect liberals to the House and Senate. In the end he almost certainly will, but the intensity and focus of his efforts will decide how effective he ultimately is.

Politically what bears watching on the Brexit vote will be the relative turnout of the Leave and Remain forces. If the Leave group wins, that could suggest that Trump will benefit from a higher turnout of anti-establishment voters which would give a boost to his campaign as American media will focus on this point while European media will focus quickly and intensely on other nations with movements similar to Brexit. Markets and politics would both become dramatically more unstable in the face of a Leave victory.

The bottom line in American and European politics is that there is a wave of anxiety and backlash against establishments.  Sanders gets it, which accounts for his surge during the primaries in the face of almost unanimous opposition from all establishments. Mr. Trump does get it, which accounts for his sweeping march to the Republican nomination. Clinton only partially gets it, and the great potential weakness of her candidacy is the widespread perception that deep down, she is the establishment candidate. I and others have privately and publicly urged Clinton, with limited success so far, to become much more populist and progressive and to become a change candidate, not appear as a status quo candidate running for President Obama’s third term.

If the Remain forces prevail the establishments in both Britain and the United States will become ever more complacent, which would be a huge mistake, because the anger and anxiety will remain and find new outlets to unleash the public fury that will not go away until the reasons for it are addressed.

If the Leave forces prevail it will give a lift to Trump, which is not being reported in American media today but will be widely reported in the aftermath of a Leave victory, and to a lesser but real degree it would give a lift to Sanders if he chooses to remain vigorously active in national politics, which he probably will. And the pressure will mount on Clinton to take more forceful positions on issues that drive the anti-establishment voters.

For Europe the stakes are incalculable. If Leave prevails there will be movements across the continent that will be strengthened and determined and there is no guarantee that the European Union will survive.

Europe was battered and bloodied during the First World War and the Second World War. Europe survived the Cold War not only intact but strengthened. Europe is now challenged by immigration and terrorism, by slow growth and economic anxiety, and by political and cultural divisions. If the Leave vote prevails, whatever the merits of the matter, European politics will be gripped by chaos, Russia will be strengthened by the crisis in the European unity, and make no mistake, all hell will break lose across the continent with major repercussions on our side of the Atlantic. 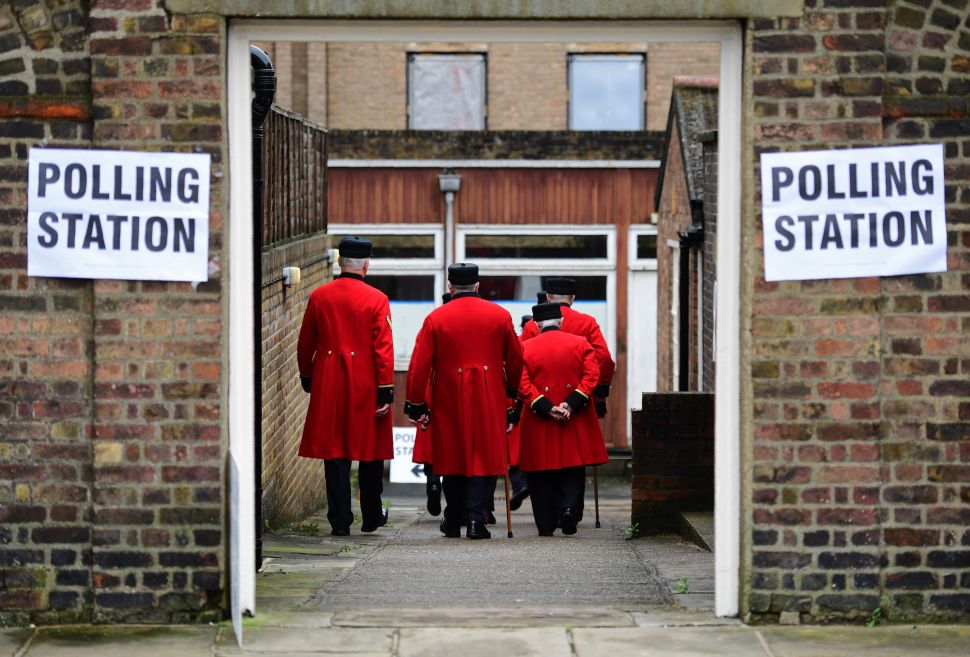