So much for the end of brick and mortar: monthly make-up subscription service Birchbox is opening a store in Soho in a bid to fuel growth by enticing consumers to buy full size bath and beauty products, rather than sample-size goodies the online retailer is famous for sending in its boxes, Bloomberg reports. “We are not in the business of selling people samples,” Beauchamp told the newssite. “That would be a really boring business.

The restoration of Kings Theater in Flatbush has boosted business in the restaurants and bars along Cortelyou Avenue in Ditmas, Crain’s reports, though the daytime retail landscape has been slower to demonstrate change, though there is a Nike Community Store and a new 69-room hotel in the works. “We haven’t seen as much change in retail yet,” said Lauren Elvers Collins, executive director of both the Flatbush Avenue and Church Avenue business improvement districts, told the paper.

Further afield in Montauk, the real estate market of the few affordable areas left in the Hamptons has been heating up, leaving the people who work at local resorts and restaurants scrambling to find  housing they can afford nearby, according to The New York Times. “In the first quarter of 2016, the median sales price jumped 25 percent to $1.038 million from $831,000 a year ago, according to a report by the Corcoran Group.”

The trouble with Brooklyn: it’s not only the L train, apparently, that may be slated to experience in a major shutdown: the F train is also on the list for serious tunnel repairs, in addition to the 2 and 3, according to Brooklyn Paper.

It’s not only the subways that are oversubscribed—The Wall Street Journal reports that the PATH train has become more and more packed as a result of New Jersey’s development boom.

P.S. 188 on the Lower East Side has one of the highest percentages of homeless children in the city, asking the staff to stretch far beyond their roles as educators, providing shoes, refurbished computers and even a washer/dryer on-site for children whose parents have been unable to provide clean clothes, The New York Times reports.

We’ve all sick to death of cronuts by now—even those of us who haven’t tried them—especially Cinnamon Snail founder Adam Sobel, who got so tired of being hounded to make a vegan version of the proprietary pastry that he came out with a limited-run Crownut—a cheesecake donut homage to The Crow with Brandon Lee’s face painted on it, Gothamist reports.

Finally, Hell’s Kitchenites are peeved at dog owners who let their pets poop in the tree boxes and won’t pick it up, according to DNAinfo. Police reports have been filed. 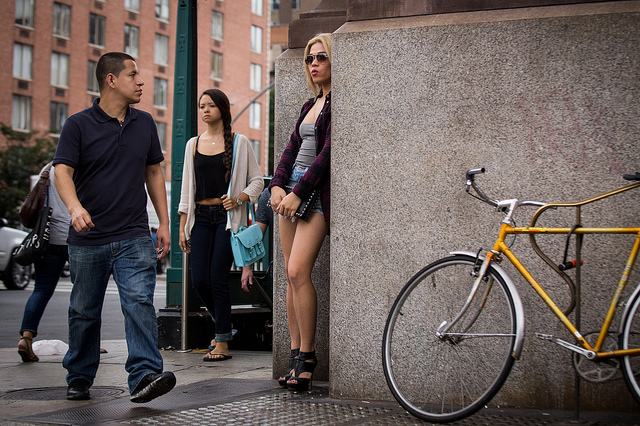