The de Blasio administration has abruptly scrapped plans to rezone a section of Flushing, Queens to create the new neighborhood of Flushing West—what was to have been the second of major rezoning of his 15-neighborhood affordable housing plan, Crain’s reports. The about-face was apparently the result of poor initial planning that failed to uncover serious challenges to redevelopment—notably, the area’s proximity to some of the most active sewer overflow pipes in the city and strict height caps due to nearby LaGuardia airport, which would have to get federal permission to alter flight paths to allow for taller buildings.

How much would your first New York City apartment cost now? DNAinfo has a calculator that is thoroughly depressing.

Turf wars: an ice cream vendor was arrested yesterday after trying to settle a battle over space with a pretzel vendor by hitting him in the head with a baseball bat, according to The New York Times. “The men exchanged punches, and then Mr. Cicero went to his truck, retrieved the bat and hit the pretzel man twice in the head, causing contusions… A witness got the bat away from Mr. Cicero, who then pulled a knife, menaced the pretzel man and fled in the white-and-purple ice cream truck, the police said.”

Meanwhile, many artisanal food businesses are struggling to stay in Brooklyn, where they face high rents and the challenges of upsizing from a small to moderately-sized business, according to Crain’s. Entrepreneurs cited difficulties ranging from upgrading to a commercial one to paying workers salaries and benefits. The owner of Bed-Stuy’s Scratch Bread for example, was disappointed to find his gross income diminished by payroll and sales taxes and a health department fine for an old grease trap.

At least we have a lot more rooftop bars than we once did, according to The Wall Street Journal.

Claims that the proposed St. John’s Terminal redevelopment, which would buy $100 million of air rights from Pier 40, would have a minimal impact on the neighborhood will be reviewed by the community, according to DNAinfo.

Apparently, church goers can park wherever they please, including bike lanes, according to Gothamist.

Finally, NY Mag’s Justin Davidson is really happy that the whole city is starting to smell like pot these days: “Marijuana is more seductive, and I keep hoping that as pot’s turf spreads, its scent will, um, blunt the city’s rage. I sniff tolerance. This is the scent of change, the odor of our times.” 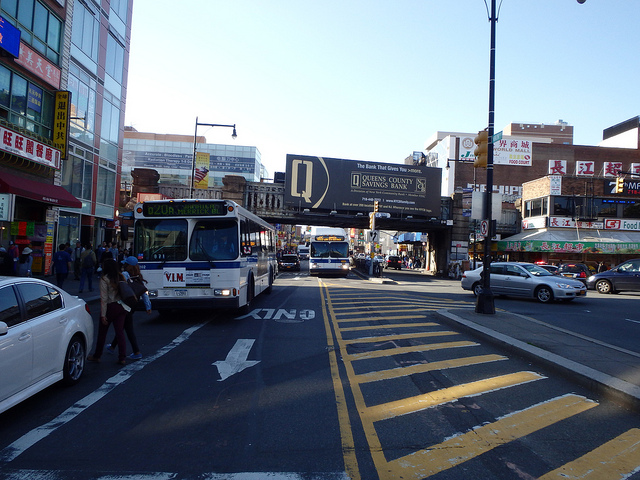