Disrupting disrupted: Disgruntled drivers, frustrated by Uber’s treatment of its driver “partners” are starting to return to the yellow cab industry, according to Crain’s. While it’s far from a mass exodus, the shift calls into question the viability of the Uber model. “We were dead a year ago,” said the manager of White and Blue Taxi in Long Island City, Queens, who gave his name only as George. Outside his lot during a recent weekday shift change, drivers lined up to lease a cab for the next 12 hours. George stressed that business was still not as strong as it used to be.”

The state attorney general’s office is seeking to block the sale of two nursing centers to the Allure Group, the health-care concern that was responsible for getting the deed restrictions lifted on Rivington House, which was subsequently bought by a luxury condominium developer, The New York Times reports. “Allure made clear and repeated promises to continue the operation of two nursing homes for the benefit of a vulnerable population — promises that proved to be false,” a spokesman for the attorney general told the paper. “Until we conclude our investigation, we will object to Allure buying additional nursing homes.”

Ron Edelstein, the owner of the Upper West Side’s Imperial Court Hotel, has been hit with fines that could exceed $100,000 for illegally renting out rooms for less than 30 days at the residential building, Crain’s reports.

In Northeastern Connecticut, homeowners in about 20 towns have been horrified to learn that their foundations are crumbling—a problem that the state has traced to a local quarry business and concrete maker, according to The New York Times. “The stone aggregate used in the concrete mixture has high levels of pyrrhotite, an iron sulfide mineral that can react with oxygen and to cause swelling and cracking. Over the past 30 years, the quarry has provided concrete for as many as 20,000 houses.” The problem is of particular concern because many of the homeowners are working class and cannot afford the $100,000-$200,000 cost of replacing a foundation, which most insurance policies have also refused to cover.

Stink no more: the DEP has finally added covers to four of its sludge tanks at the Bowery Bay Wastewater Treatment Plant in northwestern Astoria, according to Gothamist. The aluminum tank covers cost $3 million and should eliminate most of the smell.

Finally, preservationists are pretty damn displeased about the new city council bill that would impose a set of deadlines and restrictions on the Landmarks Preservation Commission, Yimby reports. 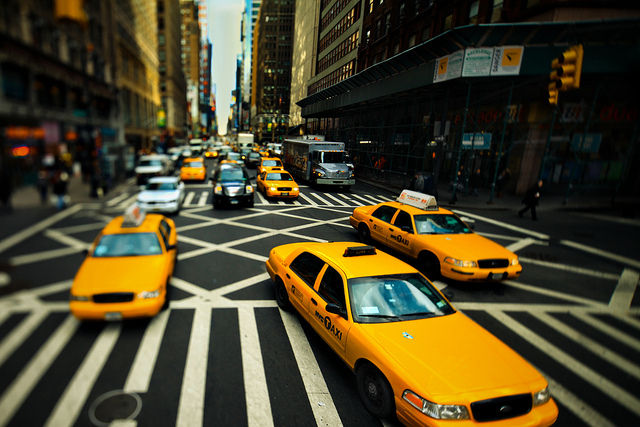