Rent break for the rich (sort of): while costs are coming down at the top of the Manhattan market, competition for apartments at the lower end has continued to drive prices up, DNAinfo reports. “Apartments in the top 40 percent of the market — those north of $3,700 a month — saw slight price declines compared to a year ago, according to a report released Thursday by Douglas Elliman Douglas Elliman that looks at May rental data. Meanwhile, apartments in the bottom 60 percent of the market saw price growth.”

Meanwhile, an Oklahoma couple pays $3,150 for a one-bedroom in a Downtown Brooklyn high-rise in this week’s The Hunt column and we all weep a little inside.

The City Council passed the controversial landmarks bill yesterday which would impose a one-year deadline on potential landmarks before the Landmarks Preservation Commission, according to Curbed; preservationists are now begging the mayor not to sign it.

Kaufman Astoria Studios is planning to build two new soundstages at its Astoria campus, Crain’s reports. “The additions come,” they note, “at a time when the city’s major production studios—Kaufman Astoria, Silvercups, Steiner and Broadway Stages —are struggling to meet demand from the film and television production community.”  Which may owe something to the state’s $420 million annual tax credits for such productions.

The City wants to fill in the bike lane gaps along First Avenue, one of the busier bike corridors in the city, where an average of 1,605 cyclists used the corridor over a 12-hour span in a 2015 DOT count, according to DNAinfo. Though the corridor is mostly protected, there’s a three-block gap between East 46th and East 49th streets and a four-block gap between 55th and 59th streets.

More good things: non-profit the Institute for Community Living is planning to put a $29.8 million health care hub in East New York, one of the more healthcare deprived neighborhoods in the city, according to Crain’s.

Airbnb has reached an agreement with Connecticut to collect hotel taxes on behalf of people renting their rooms/apartments/homes out via the service—a move that would require state legislation in New York, The Wall Street Journal reports. Previously, “hosts” in Connecticut were responsible for sending in the 15 percent tax themselves. 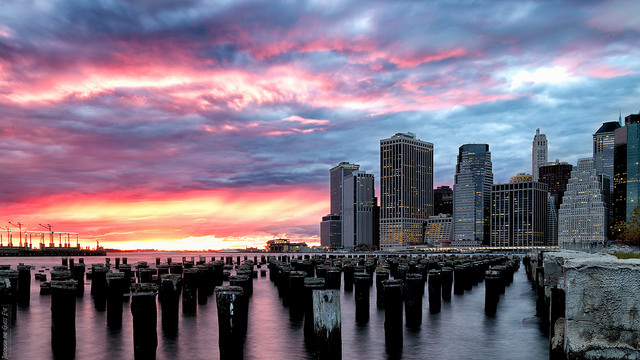