Why sidewalk tables are stupid: Gothamist makes a surprisingly compelling case for why you don’t want street debris, peeing dogs and the din of passing trucks (or god forbid, street sweepers) interrupting your meal. And don’t forget about all the passerby who slow to ogle your food. (New York Times readers also find outdoor dining gross, citing “bad smells.”)

But fairness points to Gothamist for also presenting an ultimately less convincing defense of sidewalk seating. “It’s like having your own little front porch.” True. As is the fact that gross, unappetizing things exist both inside and outside (who hasn’t had their upper body butt-checked in an overcrowded restaurant by the rear end of a passing diner?).

Five residents of a Prospect Heights senior home have accepted a $3.35 million package to leave, The New York Times reports. “A $3.35 million settlement was reached this week, paying each of the holdouts — whose ages range from 91 to 101 — more than $500,000 but forcing them to leave their apartments by the end of the summer.” All’s fair in love and real estate, of course, though some of the residents aren’t exactly being displaced from decades-long homes—one, for example, signed her lease in 2013, shortly before buyout talks began.

In related news, Gothamist calls out housing lawyer Michelle Maratto Itkowitz for giving tips at a Brooklyn real estate conference on how “de-tenant” multi-unit buildings, as reported by The Real Deal. Which is perfectly legal, of course, provided it’s done legally (which it often isn’t), but is nonetheless generally done in the service of making affordable or somewhat affordable housing entirely unaffordable, thereby displacing long-term tenants from not only buildings but also often neighborhoods: “Things have changed in three years,” she reportedly warned attendees. “Tenants understand implicitly, even if they live under a rock, that there is value for owners, developers, and managers in recovering rent-stabilized apartments.”

Also on the topic of displacement: beleaguered book chain Barnes & Noble will be forced to shutter its Midtown East location—one of its few remaining outposts in the city—when Boston Properties undertakes a major renovation of Citigroup Center, where it is a tenant, Crain’s reports. The chain could, apparently, re-open after renovations, but it’s unclear if print will still be a thing then.

Speaking of which, PowerHouse Arena is leaving its long-time Dumbo home this June and relocating to a space about half the size at nearby 32 Adams Street, DNAinfo reports. Despite packed events, the bookstore struggled to pay its $20,000-a-month rent, which landlord Two Trees claims is only about half of market value.

It’s a good thing that we’ll be getting that streetcar soon to ease the passage along that vibrant cultural corridor between Dumbo and Red Hook, where Joseph Sitt’s Thor Equities is banking on the neighborhood that has never quite managed to become the next big thing. Bloomberg reports that he’s planning to build a more than 600,000-square foot retail and office complex on the waterfront there, which will be designed (expensively, we assume) by Norman Foster’s Foster + Partners.

Perhaps the workers can commute over from Long Island City?  The city is seeking development proposals for the next section of Hunter’s Point South, the mega-development on the Queens waterfront that was initiated under former mayor Michael Bloomberg. The two—out of seven total—parcels unlocked by Mayor Bill de Blasio are slated to include 750 housing units total, with at least 450 reserved for affordable housing, according to Crain’s.

At least the luxury housing market continues to show signs that it is cooling off: Extell is dropping prices on unsold units at One Riverside Park, which The Real Deal reports is having trouble moving the last 21 units in the 219-unit tower (only two sold between September 2015 and March 2016). “In particular, a 5,700-square-foot condo once asking $25.75 million is now asking $21 million, according to filings. A $23.1 million condo spanning 6,200 square feet is now priced at $19.95 million, and a similar-sized unit – originally asking $19.8 million – is now listed for $18.85 million.”

Just when we thought The Wall Street Journal had run out of fancified spaces in luxury homes to run trend stories on (the storage locker one was a stretch) they run a piece on blinged-out laundry rooms. Multiple drying racks, washers, folding surfaces, really fancy ironing boards, etc., which appeal to people like the woman in the lede who for some reason does 24 loads of laundry a week for her family of five.

Finally, despite last year’s contentious debate over a package of landmark approval modifications and backlog clearing, the City Council is once again taking up the issue, looking specifically at introducing timelines for the approval process, according to The New York Times. 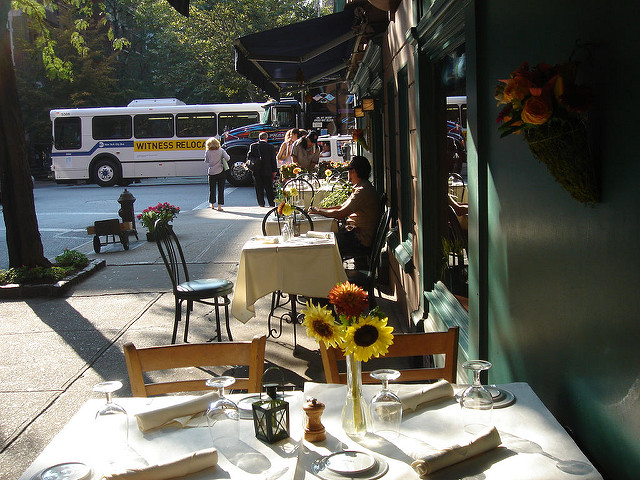