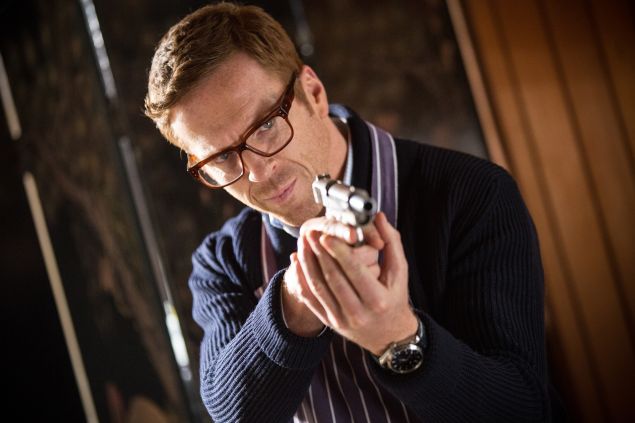 Damian Lewis in Our Kind of Traitor. Photo Credit: StudioCanal

Another ho-hum tale by John le Carré (one of his weaker efforts, published in 2010), Our Kind of Traitor is about a civilian couple that tangles with Russian mobsters on a vacation in Morocco and end up trying to stop a government conspiracy to covertly endorse a money laundering crime syndicate in London that goes all the way to the top of the U.K. power block. Overexposed and barely awake in the most dramatic scenes, Ewan McGregor is the star, but it’s not one of his most energetic performances. The movie is easily stolen by Stellan Skarsgard as the seedy Russian crook and Damian Lewis as an M16 British intelligence agent with an agenda of his own. It’s pokey and preposterous, and the thrills it promises arrive too late to matter. No wonder Stellan Skarsgard makes such an impression from his first scene, charging into frame full-frontal naked from a sauna—beefy, pot-bellied, long-haired and covered with tattoos. Now that’s what I call an entrance.

After two years of delays that resulted in the defection of Ralph Fiennes as the star and too much tinkering with the script to guarantee smooth sailing, Our Kind of Traitor has finally arrived, directed by Susanna White with a screenplay by Hossein Amini, who wrote the brilliant, underrated Two Faces of January, but only about half of it seems to have survived the cutting room floor. Perry Makepeace (McGregor), a university poetry professor, and his wife Gail (Naomie Harris), a barrister, are on holiday in Marrakesh when they meet a gregarious, flamboyant and overbearing Russian named Dima (Skarsgard). In the hotel bar, he confides in Perry that he controls a vast fortune in laundered money for the Russian Mafia that is in the process of being moved to London illegally and concealed in a newly opened bank funded by some of the most powerful members of Parliament. Dima gives Perry a memory stick containing vital secrets that will expose the scheme and send key cabinet members to prison, convincing him he’s a poor slave of the Kremlin who is desperate to protect his family from being murdered. All he asks in return is asylum in the West. Perry is not the brightest bulb in the lamp, but he agrees to help, despite his wife’s objections.

This kindhearted but life-threatening mistake plunges them both into a dangerous world of international espionage that takes them on a journey to a fashion show in Paris, a safe house in the French Alps and the shadows of political corruption and greed in the British underworld. Back in London Perry, who is ridiculously naive for a college professor, is targeted, interrogated and stalked by a ruthless M16 agent (Mr. Lewis) who will stop at nothing to expose his ex-boss (Jeremy Northam) as a government traitor who is being paid billions of pounds by a Russian crime syndicate to filter mob money from London into numbered bank accounts in Switzerland. The absurd plot asks the viewer to believe Perry is the only one who can get the illustrious names on those numbered accounts from Dima while the death toll mounts. Anyone with a computer can do the same thing in a matter of minutes, but you don’t talk logic in a movie like Our Kind of Traitor or it would be over in half an hour. The theme of innocents abroad, out on a limb to save the world, was more fun back in 1943, when Fred MacMurray and Joan Crawford played newlyweds on a European honeymoon, stranded behind Nazi borders in Above Suspicion.

“We don’t even know these people,” protests Gail in one of the film’s few lines that make sense. “You don’t know the people you defend,” counters her clueless husband, as though that justifies taking on the U.K. government, the Russian mob and dozens of unidentified killers with assault rifles hell-bent on reducing the population. The movie stumbles further in the direction of incredulity when the secret agent acting as a poor man’s 007 compares the government’s willingness to look the other way to the profits they made from heroin in Afghanistan, arms in Sudan, female trafficking and other sins that pumped billions into the British economy. The premise is not without purpose, but clichés abound, the film lacks narrative thrust and the camerawork looks like one of those slick British Cadbury commercials for after-dinner mints. 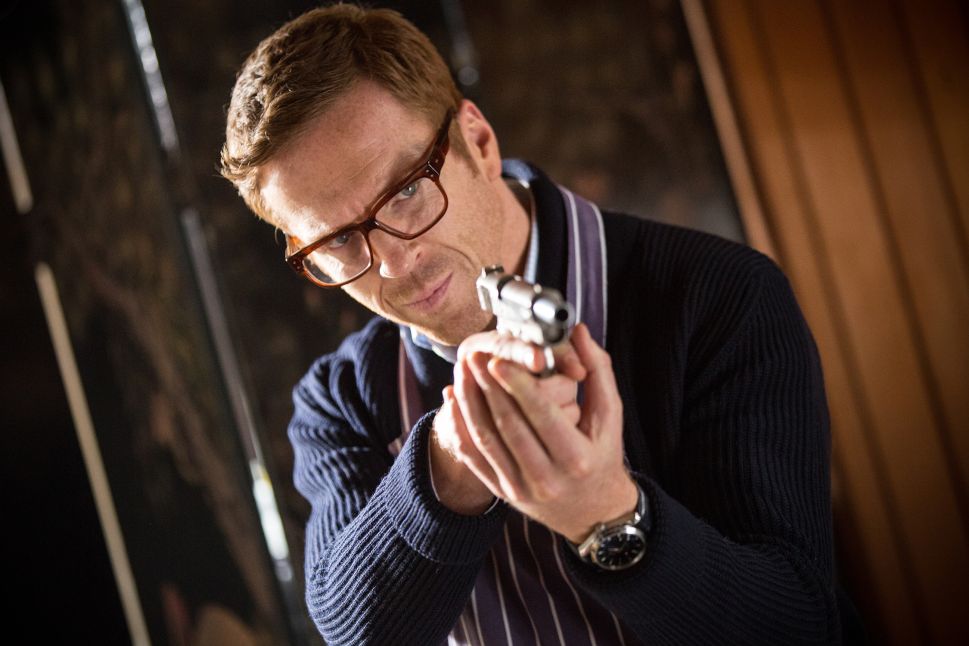