I respect the beliefs of my friend Rabbi Shmuley Boteach. But I must strongly disagree with his defense of institutions that make their money off of other beings’ forced confinement.

Zoos are money-making industries based on cruelty and captivity. Like Hollywood, they sell entertainment; but unlike Hollywood, zoos are driven entirely by unwilling participants. Harambe­—the teenage silverback gorilla shot dead by Cincinnati Zoo officials—didn’t audition to be put on display. He didn’t sign a contract, and he certainly didn’t have an agent negotiating on his behalf.

Like every other animal in a zoo, this intelligent, gentle gorilla’s entire existence was held at the mercy of humans. Zoo officials could force him, as they repeatedly did, to endure screaming, gawking crowds. They could trade him to another facility if they wanted, use him to breed crowd-pleasing babies or do whatever else they liked with him. And in the end, they chose to kill him—and even then they squeezed out a few extra pennies by collecting the dead animal’s semen for later use.

Harambe is dead because the zoo failed both him and visitors by not including a secondary barrier around his enclosure that would prevent exactly this type of incident.

But Harambe is also dead because we failed him, by putting humans’ momentary viewing pleasure above a sentient being’s right to a natural existence.

An enclosure designed to maximize the viewing pleasure of visitors can never, never, meet the needs of the forced occupant. In their natural homes, elephants walk up to 30 miles a day and orangutans spend their lives in forests, swinging from tree to tree. But in a zoo, U.S. law only requires that these same animals be provided with a cage large enough for them to stand up, lie down, turn around, and take a few steps. Polar bears typically have an enclosure that is only about one-millionth the size of their minimum home range.

Rabbi Shmuley allows that it’s not inspiring to see animals in such conditions. It’s also not educational. The vast majority of visitors say that they learn nothing from a zoo’s exhibits—and a New Zealand university found that zoo experiences do little more than make it seem more socially acceptable to use animals for entertainment.

Zoos undermine conservation efforts in other ways, too. Rather than directing their efforts to threatened and endangered local wildlife, zoo officials tend to favor exotic animals that will bring in the crowds. Most animals housed in zoos are not endangered, and those who are will likely never be released into their natural habitats—though they may be traded to other facilities when they outgrow their perceived “cuteness.”

As for research, there’s virtually nothing that scientists can learn about natural behaviors from animals who are forced to live in unnatural settings. In zoos, big cats will never hunt and wildebeests will never migrate. Diseases will manifest and spread differently. Lifespans may be shortened.

The tedious, sterile lives that animals in zoos are forced to lead are so unbearable that many of the animals have mental breakdowns. Frustrated animals continuously pace and sway or roll their heads. Caged chimpanzees chew on their own fingers until they bleed. Birds pull out their own feathers. Dolphins develop ulcers. Some zoos have resorted to using antidepressants and other drugs to curb these animals’ particular form of psychosis, called “zoochosis.”

It’s terribly unethical to hold a sentient being hostage for entertainment, and I don’t doubt that future generations will look upon zoos with disdain. In previous centuries, visitors flocked to mental institutions to gawk at humans suffering from severe mental illnesses. That rightfully sounds despicable to modern society, and yet today, it is zoos providing the cheap laugh at another’s expense.

Seeing animals in their natural environment is an activity anyone, anywhere, can enjoy. Local wildlife exists in every corner of the world, from beaches to the countryside to cityscapes. I’d much rather my sons learn to value the lives of all animals than believe that animals are ours to use and abuse at will.

Zoos are relics of a crueler past. Today’s entertainment should come from willing participants, just as today’s conservation efforts should focus on protecting natural environments. And animals currently held in zoos around the world should be retired to accredited sanctuaries or released into their rightful homes wherever possible.

Please, join me in standing up for animals. Call for an end to all zoos.

Pamela Anderson, an actor, is honorary chair of People for the Ethical Treatment of Animals (PETA), www.PETA.org, and the founder of The Pamela Anderson Foundation. 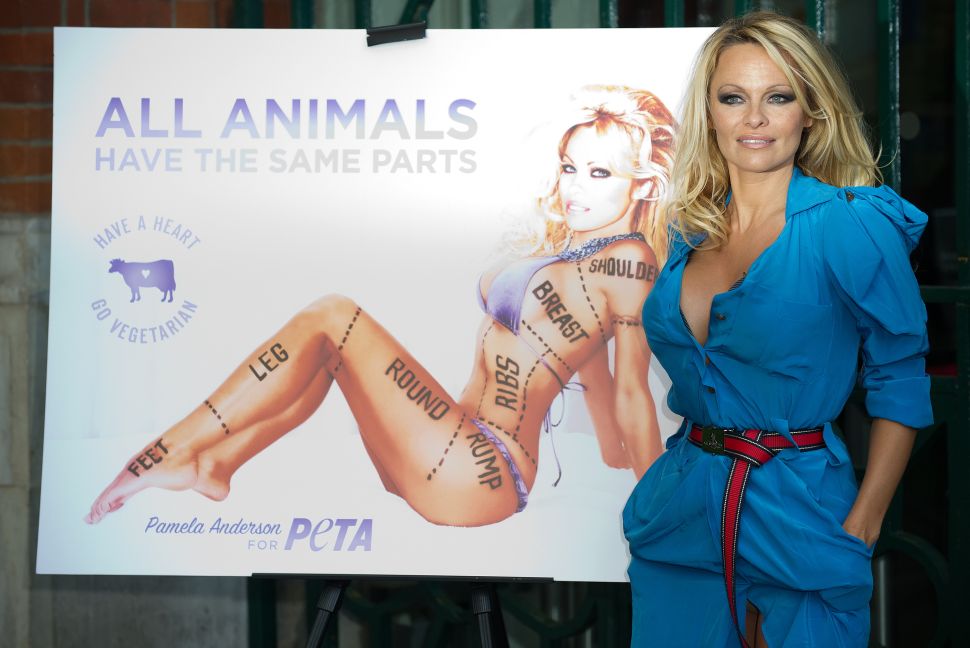