Thousands of artworks inside two of Paris’ biggest art museums are being evacuated as flood waters in the city continue to rise.

Heavy rains across Europe have killed ten people so far, leaving parts of France and Germany ravaged by floods. The French capital is moving fast to protect its cultural treasures as the Seine River rises past the high mark of five meters (approximately 16 feet).

On Thursday, the Musée d’Orsay closed its doors as a precautionary measure, and on Friday the Louvre will begin removing artwork from its underground galleries, reports the Independent. Both museums abut the overflowing Seine.

“The aim is to move works situated in areas vulnerable to flooding to safety by moving them to higher floors,” Louvre officials told the paper.

Earlier this year, the institutions held dry runs of their emergency flood plans. The Louvre was able to remove works from its Islamic galleries in under a day, and its plan outlines that it has 72 hours to relocate objects in lower level galleries to higher ground. The Musée d’Orsay, which sits on the river’s opposite bank, has 96 hours.

Elsewhere along the Seine, where sidewalks and roads near the Eiffel Tower have flooded, city workers are putting up emergency barriers, according to the BBC.

“The Seine is still rising but we are far from the 8.5 meters recorded in 1910,” said François Duquesne, head of France’s monitoring agency Vigicrues. In 1910, Paris was hit with catastrophic flooding that lasted for 45 days. “We should see a rise to a peak of around 5.6 meters overnight,” he said. 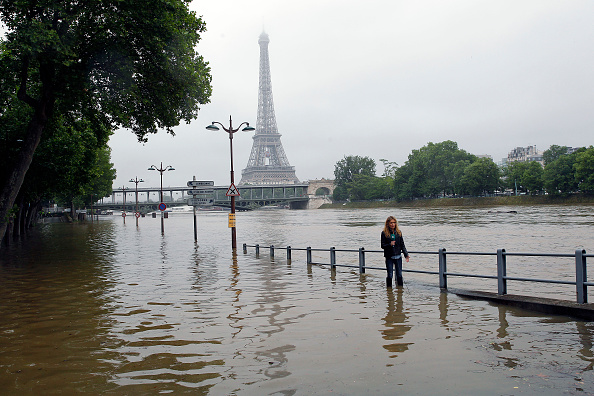