The dean of voice-over artists in America slipped away this past April at the age of 91 and his passing turned out to be as unobtrusive to the general public as it was keenly felt by the colleagues of his community—just the way his narration had been appreciated over the years.

Peter Thomas applied his voice to drama, to poetry, to the selling point of a service or product, to an educational premise, a clever tag line, historical biographies, tricky medical narrations and hagiographies of industry executives. All were given voice by Thomas, if he could find the time given his wall-to-wall bookings. (Until he was over 80 he never retained an agent.) He narrated episodes of Nova and Forensic Files; he was the voice of film strips in public schools and the audio tours at Gettysburg National Park; he served as a spokesman for Esso before it became Exxon, and after; and he voiced commercials for Coke, IBM and American Express, for which he intoned “Don’t leave home without it” for 15 years.

“He just looked at a script and got it,” recalled recording engineer and producer Roy B. Yokelson. “I could record his run-through and use it. And if we did another take, he hit the nail on the head harder.” Thomas himself once attributed his skill to his start in the low-tech recording business, before the invention of audiotape. “You worked if you didn’t make mistakes,” Thomas once told an interviewer.

Peter Addenbrooke Thomas, who was born in Pensacola, Fla., in 1924, held down a job as an announcer at a local radio station as a teenager. He enlisted in the Army at 19 and earned a Bronze Star and Purple Heart during the Normandy invasion and Battle of the Bulge, and at the end of the war moved to Greenwich, Conn., to resume his radio career and marry his high school sweetheart, Stella Barrineau (she died in 2014).

After jobs at radio stations in Mobile, Ala., and later in Memphis, Tenn., Thomas moved to New York, landing at the local CBS affiliate as a newsreader. And Thomas also became a father (of two sons and a daughter) while dropping anchor in Greenwich. From there, Thomas would commute every morning on the 4:40 a.m. “milk train” into New York, having booked voice-over jobs from dawn to dusk, his tall and thin frame tucked into a Brooks Brothers suit (wool in winter, seersucker in summer). He settled into this routine from the time of live direct-to-wax pressings through audiotape and DAT and ISDN and computer file downloads, and in 1985 he took his Neumann microphone down to his second home in Naples, Fla., and began to record from there.

“Nowadays, a high school kid can do on his computer what we needed studios and expensive mixing consoles to do,” noted recording engineer Alan Cagan. “But back then Peter was my No. 1 call,” he continued. “He had the instrument and he knew how to play it. But his real gift was knowing what people wanted, even when they couldn’t express it. He had such a gracious manner, and he was so affable and humble in taking direction that he got them to do it his way. And I think, just by being who he was, Peter was able to take the curse off their inanity.” 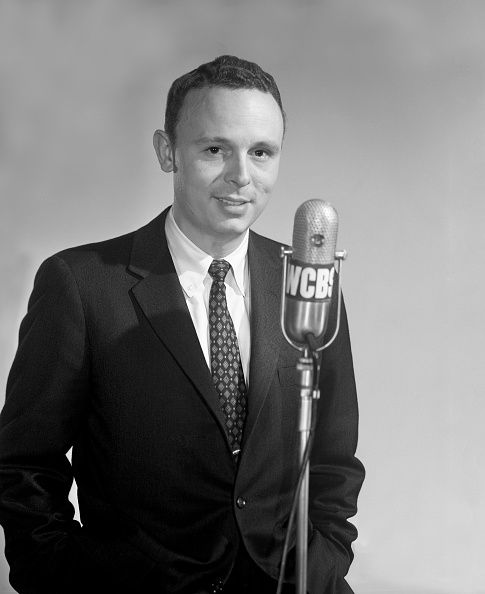