It’s been two weeks since the deadliest mass shooting in modern U.S. history claimed 49 lives inside Orlando’s LGBTQ+ nightclub Pulse, and yet the healing process remains one peppered with confusion and disbelief. Stories continue to pour in of survivors looking to community for relief. Others look to tradition for a sense of hope.

And others have looked further still, to a galaxy far, far away.

I’m writing this letter to request that Drew’s passing be honored by using him as inspiration for the first-ever LGBT Star Wars character to appear in a movie. How this is done — using his likeness, running his name through one of those Star Wars Name Generators, etc. — is totally up to you. You are all masters of your craft, so I know that whatever you come up with will be marvelous. This character will not only honor Drew but all of the other victims at Pulse in Orlando, including his boyfriend Juan Ramon Guerrero, and every LGBT person to ever lose their life to hate.

Star Wars: The Force Awakens director J.J. Abrams recently told TIME it would be “insanely narrow-minded” to say a gay character would never appear in a Star Wars film. “When I talk about inclusivity its not excluding gay characters, it’s about inclusivity,” Mr. Abrams said. “To me the fun of Star Wars is exploring the possibilities, so it seems insanely narrow minded to say that there wouldn’t be a homosexual character in that world.”

Mr. Yehl agrees. “Simply put, Drew was a remarkable human being, and I can’t think of a more perfect tribute to his legacy than this,” he writes. “Nothing would make him happier than for all the little gay nerds out there to have their own Star Wars character to look up to.”

The petition can be signed here, and shared on social media with #PutDrewInStarWars. 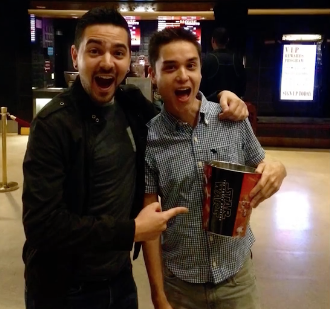