Diehard opera buffs delight in finding a particularly luscious phrase in a recording of Puccini, Richard Strauss or one of their post-romantic contemporaries, and then hitting the “repeat” button over and over again, wallowing in sheer vocal and orchestral voluptuousness.

No such repetition is necessary when listening to Daniel Catán’s Florencia en el Amazonas, the current offering of the resurrected New York City Opera, since every page of the score sails orgasmically over the top, as sinfully rich as molten caramel sauce.

You’d think so luxurious a piece would eventually cloy, but it’s rescued by the magic-realist libretto by Marcela Fuentes-Berai, a disciple of Gabriel García Márquez. Celebrated opera diva Florencia Grimaldi forsakes La Scala to go voyaging up the Amazon River to track down her lover Cristóbal, a butterfly hunter who disappeared into the jungle years before. En route she and her fellow travelers are confronted with dangers including a piranha attack and an outbreak of cholera, but all ends happily with a magical transformation of the diva through love.

Everything that happens on the journey we seem to see and hear through the eyes and ears of Florencia, an artist whose stock in trade is excess. What transpires musically is the soundtrack to a diva’s dream, overwhelming in its emotional power even if it makes little logical sense.

The reconstituted New York City Opera should be bursting with pride at the high level of quality extending across every aspect of this presentation, especially a gorgeous staging by John Hoomes featuring hypnotic film projections and the oddly disturbing representation of the Amazon River by writhing dancers from Ballet Hispánico. The orchestra under the direction of Dean Williamson seethed with exotic colors evoking the aforementioned Puccini and Strauss along with Erich Wolfgang Korngold and even a hint of 1950s kitschmeister Les Baxter.

Among as strong a cast of vocalists as I’ve heard at NYCO in 20 years or more, the standout appropriately was Elizabeth Caballero as Florencia. She flung out her radiant soprano with the generosity of a true diva, but with strength in reserve for her spectacular final aria. Won Whi Choi, so promising two seasons ago at LoftOpera, triumphantly wrestled to the ground the strenuous tenor role of the hapless Arcadio, and veteran bass Philip Cokorinos found for the role of Riolobo an ideal balance of cannon-like power and supernatural mystique.

Earlier offerings from NYCO this season were, to put it mildly, uneven, but this production makes it clear that the company is at the very top of its game. This Florencia fulfills one of opera’s highest duties: to leave the listener’s senses swooning. 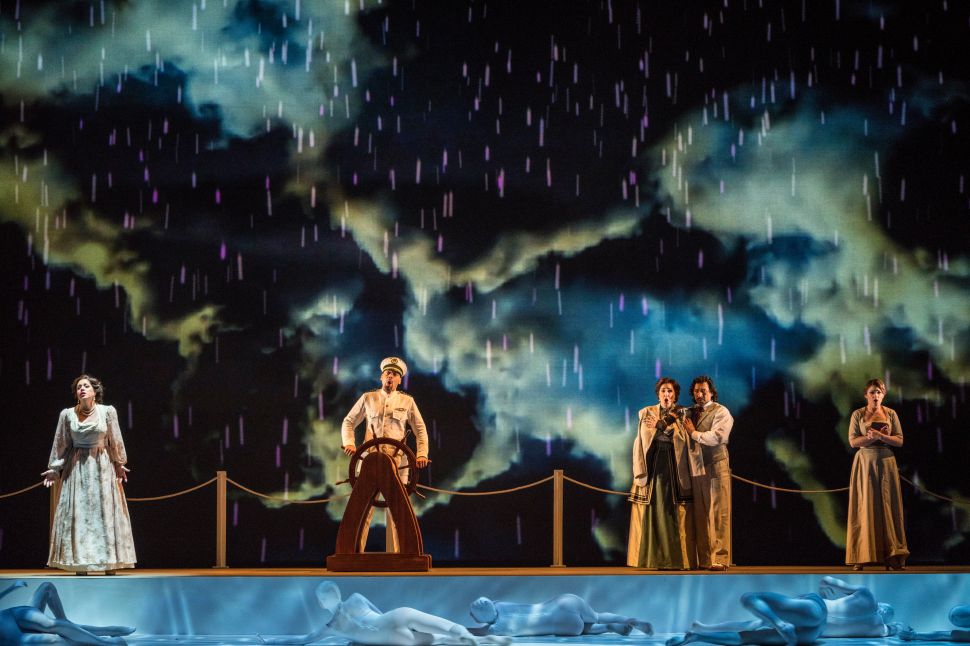