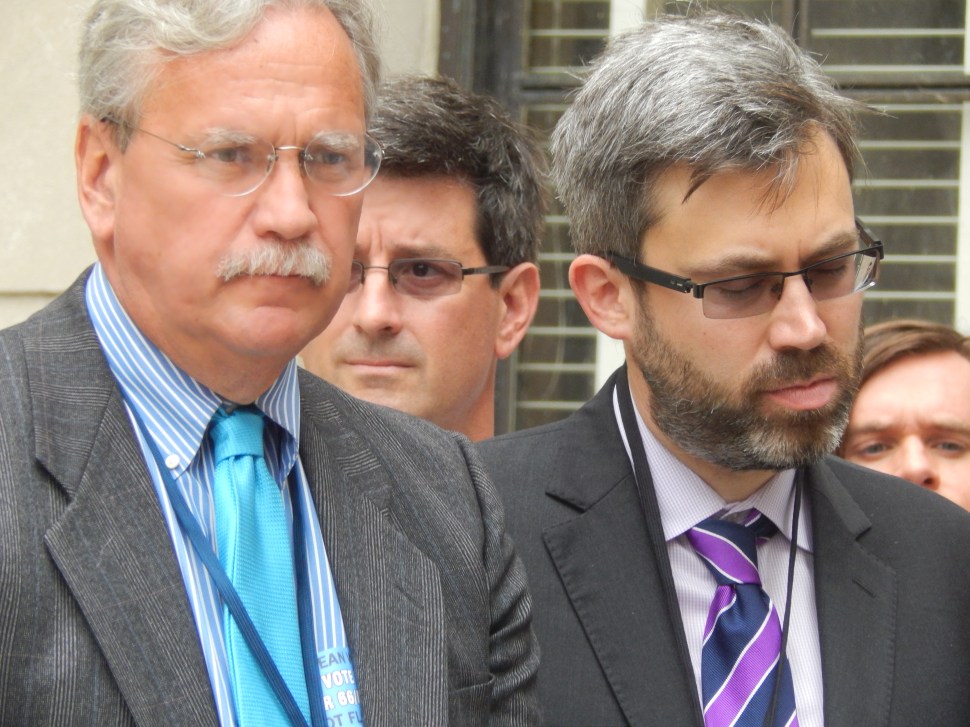 It’s Friday, and the end of the week brings new nominations in the Christie administration, efforts to advance gun control and override a governor’s veto.

Quote of the Day: “I believe it was vetoed by the governor because he was then a presidential candidate and he promised people in New Hampshire that he wouldn’t pass any more gun laws. Well he is no longer a presidential candidate,” – Senate Majority Leader Loretta Weinberg on efforts to override Gov. Chris Christie’s veto of a bill aimed at keeping firearms out of the hands of perpetrators of domestic violence.

Christie Files Notice of Intent for Rumana Judgeship
Governor Chris Christie today notified the secretary of the senate that he plans to submit the name of Assemblyman Scott Rumana to the senate to be a nominee to the state superior court.
Max Pizarro, PolitickerNJ Read more

Senate Will Pursue Veto Override Effort to Keep Guns Away from Abusers
New Jersey Democratic legislators today announced that they would be pursuing an override of the conditional veto that Governor Chris Christie placed on S805, legislation aimed at keeping firearms out of the hands of perpetrators of domestic violence.
Alyana Alfaro, PolitickerNJ Read more

Bills to Roll Back Gun Permit Changes Pass Assembly
Two bills to reverse changes to New Jersey’s application process for handgun permits passed the state Assembly Thursday over objections from the Republican caucus. The bills would revert the standard for residents to carry a handgun back to specific, demonstrable threats against their life. Recent regulatory changes changed those guidelines to include “generalized fears or concerns.”
JT Aregood, PolitickerNJ Read more

Enviros Poised for Jubilant Override of Governor Christie
Decrying the era of Gov. Chris Christie, enviros and lawmakers hailed the passage of legislative veto SCR66 out of senate committee today as a landmark moment in the state’s history of waterway protection.
Max Pizarro, PolitickerNJ Read more

Lesniak Drops Millionaire’s Tax Proposal into TTF Debate
In an effort to offset the revenue lost to the phase out of the estate tax that is part of the plan to renew the Transportation Trust Fund (TTF), Senator Raymond Lesniak (D-20) today introduced legislation to impose a millionaires tax that was in place until 2001.
Max Pizarro, PolitickerNJ Read more

Jenkins Wonders How GOP Chair Barlas, a Muslim, can Back Trump
A Republican committeeman from Newark who failed this week in his effort to displace the sitting chairman, slammed Essex County GOP chair Al Barlas for failing to lead the Republican Party against the Republican Party’s presumptive presidential nominee Donald Trump.
Max Pizarro, PolitickerNJ Read more

Assembly Approves Bill to Expand Medical Marijuana to PTSD Patients
A bill to offer medical marijuana to patients suffering from PTSD cleared the state Assembly Thursday. Under current statutes, only those patients suffering from certain chronic conditions like cancer, HIV/AIDS and Crohn’s disease are eligible to be prescribed the drug. The measure passed 55-14 with seven abstentions, and will go on to the Senate.
JT Aregood, PolitickerNJ Read more

Report: Gannett Gobbling up The Record
Media giant Gannett is getting ready to add to its stable of New Jersey papers by “snapping up the The Record and other weekly papers now owned by the North Jersey Media Group,” according to a report in the New York Post.
Max Pizarro, PolitickerNJ Read more

Gusciora and Eustace Call for National Assault Rifle Ban on Assembly Floor
Following U.S. Senate Democrats’ refusal of a moment of silence for the victims of the mass shooting at an Orlando gay club in favor of calls for a ban on assault rifles like the one used in the attack, Assemblymen Reed Gusciora (D-15) and Tim Eustace (D-38) voiced their support for such a ban as they commemorated the victims during Thursday’s Assembly session.
JT Aregood, PolitickerNJ Read more

What N.J. lawmakers will do in the next 2 weeks that could affect your life
The waning days of June are always an especially busy time at the Statehouse as lawmakers rush to pass a flood of legislation before their summer recess begins on July 1.
Susan K. Livio, NJ.com Read more

Booker says he feels victorious after Senate filibuster on gun bills
Even though the result was only a promise to hold votes next week on two gun control measures, Sen. Cory Booker said he felt victorious after joining Connecticut colleague Chris Murphy in a 15-hour filibuster that ended after 2 a.m. Thursday.
Herb Jackson, The Record Read more

Bail reform costs Ocean County an extra $2M
A state constitutional amendment on bail reform is expected to cost Ocean County taxpayers a minimum of $2 million next year, according to an estimate from the Board of Freeholders.
Erik Larsen,Asbury Park Press Read more

Christie pushes back on claims of improper political activity in his office
Gov. Chris Christie on Thursday pushed back at any suggestion an office in his administration improperly engaged in campaign activity for his 2013 re-election effort.
Matt Arco, NJ.com Read more

Accusations of voter fraud fly in Bayonne Republican infighting
The city’s longtime Republican chairman and a recently formed Republican group are accusing each other of voter fraud in the wake of last week’s local committee election.
Jonathan Lin, The Jersey Journal Read more

New Jersey roads, bridges get ‘D’ in engineer group’s report
New Jersey’s public infrastructure is in terrible shape, and deserves only a D+ for its overall condition, funding and safety, according to a study released Thursday by a national association of engineers. The study, structured like a student’s report card, gives the state low grades for every type of publicly funded system, from roads and drinking to dams and hazardous waste.
Christopher Maag, The Record Read more

Bergen Regional oversight plan up for debate in state Senate
Bergen Regional Medical Center will be in the spotlight today as the Senate Health Committee considers legislation to create a hospital authority to oversee the Paramus facility, which has come under scrutiny following reports of violence against patients and staff.
Mary Jo Layton, The Record Read more

Blacks well represented in New Jersey, but fight continues
Black people from New Jersey are better represented in the statehouse and in Congress than are those from most other places in the United States, but lawmakers say it’s been a long struggle to get there and the fight continues to make sure minority perspectives have a strong voice.
Associated Press Read more 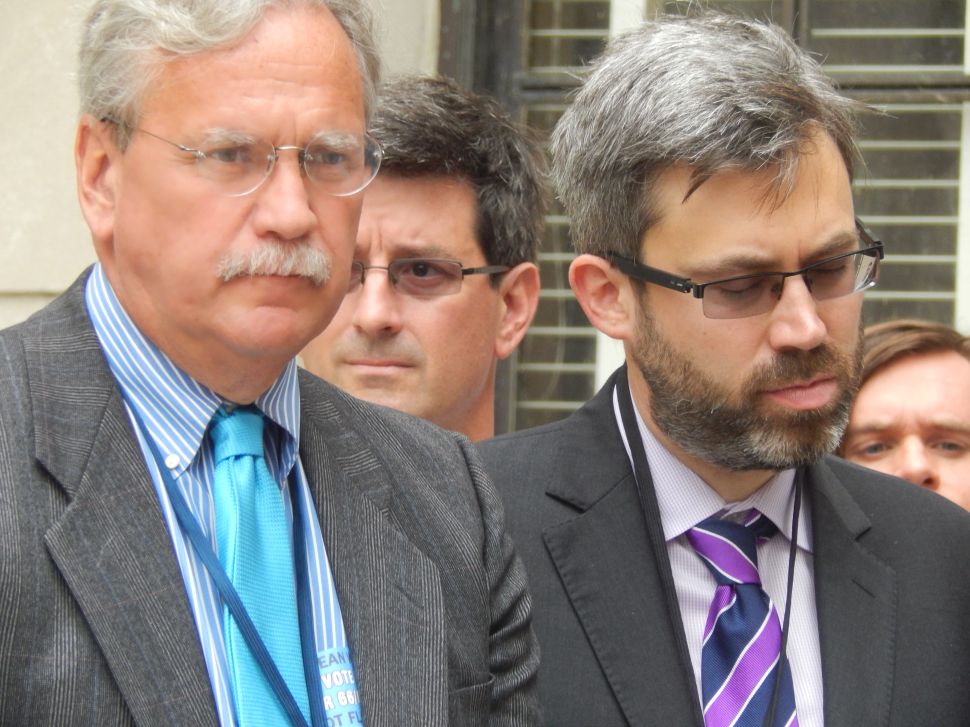