It’s Monday morning, and before the week begins, it’s a good time to reflect on Gov. Chris Christie’s latest appearances in the news and what they say about his approach to some of the top issues facing our country.

Quote of the Day: “I am not a spokesman for the Trump campaign,” – Gov. Chris Christie, fielding questions on Donald Trump’s latest comments on Muslims following the Orlando shooting.

Could Christie Regret His Trump Endorsement?
Governor Chris Christie appeared visibly weary at a Thursday press conference in Trenton. The topic was supposed to be the nomination of Chris Porrino for state attorney general but, when questions were opened to the press, reporters quickly turned the topic to Donald Trump, the oft-controversial candidate Christie is backing for president.
Alyana Alfaro, PolitickerNJ Read more

Reporter’s Notebook: Christie Misses the Mark on Orlando Shooting
After reports of the mounting death toll at an Orlando gay club emerged Sunday night, disagreement over the political valence of the worst lone-wolf mass shooting in U.S. history overwhelmed discussion in the press and on social media. Governor Chris Christie was no exception, calling for further military intervention in ISIS-controlled portions of Iraq and Syria.
JT Aregood, PolitickerNJ Read more

Yudin and DiGaetano Supporters Spar in Bergen
Members of the Bergen County Republican Organization (BCRO) are currently divided on what direction the county party organization should take during next Tuesday’s chairman election. Some back current chairman Bob Yudin while others back his challenger Paul DiGaetano. Things have taken a messy turn between the two sides.
Alyana Alfaro, PolitickerNJ Read more

Russell and Rosenberg’s Republican PAC SolutionsNJ Kicks off in Holmdel
The official formation of a new super PAC founded by Republican operatives Chris Russell and Rick Rosenberg drew a crowd of 300 to the Bell Works Complex in Holmdel.
Max Pizarro, PolitickerNJ Read more

Fight for Bergen County GOP comes to a head
Elections to select a county political party chairman are typically tame and quiet affairs, usually serving as a vote of acclamation for the incumbent.
Todd South, The Record Read more

N.J. says Passaic County undersheriff must repay $600,000-plus in pension benefits
Passaic County Undersheriff Mario A. Recinos has a big problem with the state Division of Pension and Benefits, which claims he retired from the sheriff’s department in June of 2011 and was rehired too soon and must repay more than $663,000 in pension benefits he was ineligible to receive.
Richard Cowen, The Record Read more

Debate returns on how to label terrorists
A dozen years ago, as it was finishing its long-awaited report, the 9/11 Commission led by former Gov. Tom Kean met secretly to debate a controversial topic.
Mike Kelly, The Record Read more

Love in the face of hate; annual N.J. gay-rights walk remembers Orlando victims
The dead marched with them.
Six days after a gunman killed 49 people in a gay nightclub in Orlando, Fla., hundreds gathered here for an annual fundraising walk hosted by the advocacy group Garden State Equality and used the occasion to take a stand against violence and to show they were not afraid of the killer’s hate.
Matthew McGrath, The Record Read more

The Jersey Shore is losing year-round residents by the thousands
As the Jersey Shore swells in population from tourists this summer, something is still missing — the full-time residents it has lost in the past 10 years.
Erin Petenko, NJ.com Read more

A big tax cut for the rich during N.J. fiscal crisis? Just say no
Democrats are poised to help Gov. Chris Christie win an enormous tax cut for the state’s wealthiest families, an astonishing capitulation that will drive New Jersey even deeper into the hole. It is a bipartisan embrace of bad government.
Tom Moran, Star-Ledger Editorial Board Read more

Editorial: Christie says his staff didn’t do illegal campaign work. Let’s make sure
As if the Bridgegate blowback couldn’t get any worse, fresh evidence of the misuse of government, and Gov. Chris Christie’s knowledge of it, has emerged.
Ted Sherman, NJ.com Read more

How much is overtime costing NJ taxpayers?
As New Jersey’s government workforce shrinks, some of the highest-paid insiders are reaping the windfall of hundreds of millions of dollars in new-found overtime, a Gannett N.J. investigation found.
Bob Jordan and Paul D’Ambrosio, Asbury Park Press Read more 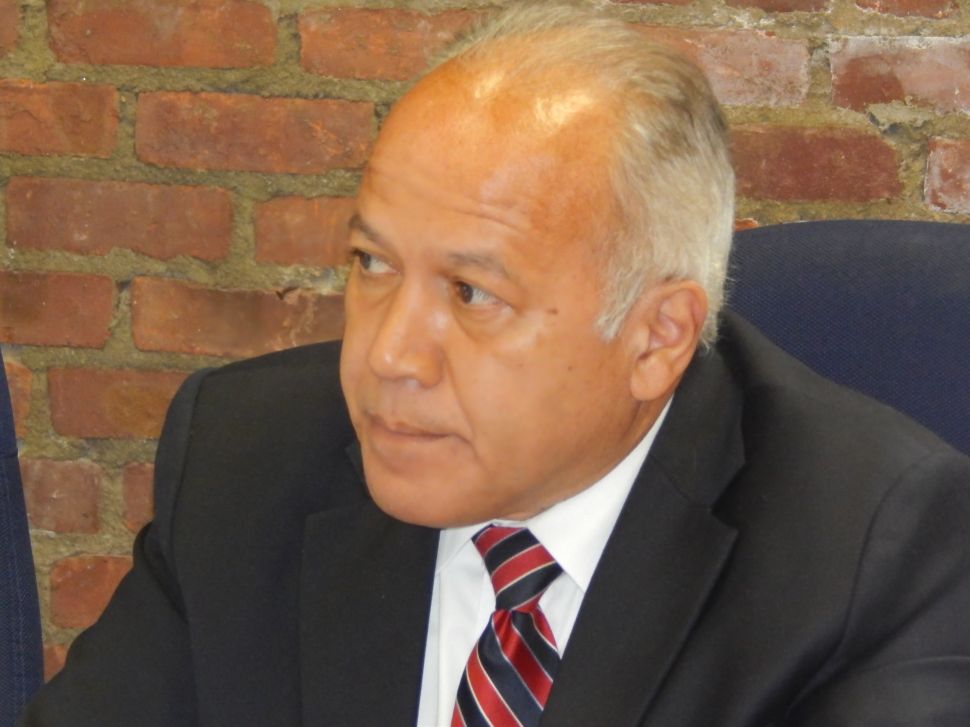