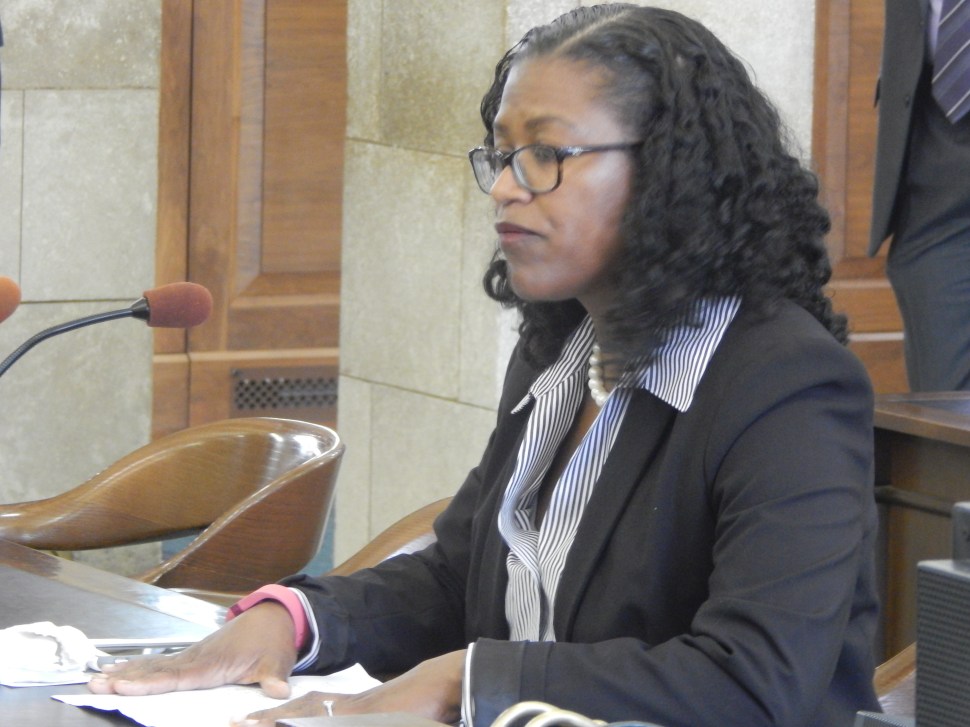 It’s Tuesday, and in New Jersey there’s intra-party conflict, inter-party squabbling and even out-of-party fights among the various interest groups in Trenton.

Quote of the Day: “It is not personal. I just have other people who (are) dedicated Democrats,” – Democratic State Committee Chairman John Currie, on his decision not to reappoint John Wisniewski from the Democratic National Committee.

In Orlando Aftermath, Menendez and Booker Push Gun Regulations
The steps of the Essex County Courthouse were crowded on Monday as legislators, anti-gun-violence advocates, LGBT activist and community leaders gathered to show support for the push senate Democrats are making to help curb gun violence in the U.S. The rally—as well as the four gun proposals the senate will vote on today—came as a reaction to the Orlando massacre on June 12. After that shooting, Connecticut Senator Chris Murphy held a 15-hour filibuster that forced the vote on gun control.
Alyana Alfaro, PolitickerNJ Read more

As Pension Payment Bill Advances, Both Sides of Debate Predict Catastrophe
As a bill to mandate that the state make quarterly pension payments advanced in committee Monday, business groups are following Governor Chris Christie’s lead in predicting fallout for the state budget. If it passes for a second time before the end of this session, the Democratic-led measure would put a ballot question to voters on adding the requirement to the state constitution.
JT Aregood, PolitickerNJ Read more

Essex and Newark in Tug of War for Spencer’s LD29 Seat
Poised to go before the Senate Judiciary Committee this afternoon, Assemblywoman L. Grace Spencer (D-29) seeks a superior court judgeship that would relieve her from elected office after a nine-year legislative tenure, and her seat is already the cause of considerable political grappling in Essex between Essex County Executive Joe DiVinceno and Newark Mayor Ras Baraka.
Max Pizarro, PolitickerNJ Read more

Monmouth Poll: Clinton Leads Trump by 7 Points Nationally
In a head-to-head contest for president, Hillary Clinton leads Donald Trump 47-40% among registered voters and by 8 points among likely voters, in today’s national Monmouth University Poll. The Democrat’s lead shrinks by a point when potential third party support is taken into account. Both major party nominees remain unpopular, but more voters say it is important to keep Trump rather than Clinton out of the White House. The Poll also finds that attitudes towards terrorism and the Republican nominee’s proposed Muslim ban have not changed much since the Orlando tragedy.
Max Pizarro, PolitickerNJ Read more

Scutari to Lead Delegation to Colorado on Pot Fact-finder
“Go west, young man,” were those inimitable words attributed to Horace Greeley unheeded in the Garden State by generations of swampland denizens content to dig in by the docks.
Max Pizarro, PolitickerNJ Read more

Christie Taps Weinstein as State’s Chief Tech Officer
Governor Chris Christie today established the position of Chief Technology Officer by appointing David Weinstein as the State’s first ever CTO. According to the Governor’s Office, Weinstein will oversee the New Jersey Office of Information Technology (OIT) and be responsible for developing and implementing strategic policies, information security standards and requirements for all State departments and agencies. He will report directly to the Governor and will serve as a cabinet member.
Politicker Staff, PolitickerNJ Read more

Pallone Says Gottheimer will Beat Garrett in CD5
Irritated with Republican leadership in the U.S. House, Democratic Congress people Frank Pallone and Bonnie Watson Coleman foresee an opportunity to take back the majority this year and agreed on one district where their party has a chance to pick up a seat.
Max Pizarro, PolitickerNJ Read more

Dem Congresspeople don’t Single out VP Preferences
Calling for gun reforms in the aftermath of the Orlando killings, U.S. Representatives Frank Pallone and Bonnie Watson Coleman stopped short of identifying any one individual whom they see as best to serve as the running mate of presumptive Democratic nominee for President Hillary Clinton.
Max Pizarro, PolitickerNJ Read more

After Orlando, Greenstein Calls for Expansion of Police Information Systems
At a committee hearing Monday, lawmakers heard testimony from state law enforcement about changing New Jersey’s policies on records management and information sharing between police departments. Senator Linda Greenstein (D-14) pointed to the recent shooting in Orlando as a case where better communication between federal, state and municipal agencies might have prevented a tragedy.
JT Aregood, PolitickerNJ Read more

Bipartisan Move to Simplify Pay-to-Play Law and Increase Disclosure by Indie Groups
Even as Super PACs and other independent groups have emerged as a serious concern to voters in the presidential election, both sides of the political aisle in New Jersey’s legislature are showing renewed interest in improving state campaign finance laws.
Jeff Brindle, PolitickerNJ Read more

We Cannot Afford to Sit Idle
It is unconscionable for a person with a history of mental health issues to have the ability to walk into a gun store and purchase an assault weapon without raising one red flag. It is equally reprehensible for a person on the no-fly list to be able to buy a gun or assault rifle without setting off any alarms.
Benjie E. Wimberly, PolitickerNJ Read more

Transportation funding debate: Tax fairness or shell game?
Taxes that have little to do with road and bridge work are at the center of a debate in New Jersey over paying for transportation debt and projects.
Associated Press Read more

Experts: N.J.’s $2B plan for transit fund falls short
Lawmakers in Trenton have begun hashing out the details of a plan to raise $2 billion a year for construction projects on New Jersey’s crumbling highways, bridges and rail lines by increasing the gas tax for the first time in 28 years.
Christopher Maag, The Record Read more

N.J. pension proposal is ‘economic armageddon,’ business leader says
As a Democrat-backed plan to constitutionally protect public pension payments pushes closer to the fall ballot, an opponent on Monday cautioned that there is plenty of time to consider alternatives that won’t result in “economic armageddon.”
Samantha Marcus, NJ.com Read more

Take two: Jersey City school may be named for Obama
Assemblywoman Angela McKnight may have lost her bid to name the new School 20 after President Obama, but she’s redirecting her efforts to get a Barack Obama Elementary School in Jersey City.
Terrence T. McDonald, The Jersey Journal Read more

N.J.’s largest police union endorses Gottheimer over Garrett
During his seven terms in Congress, Rep. Scott Garrett has pushed to shrink the federal government, often arguing that programs his colleagues wanted to fund, while potentially popular, were not Washington’s responsibility.
Kim Lueddeke and Herb Jackson, The Record Read more

In Margate, still fuming over the state-ordered dune
Margate’s effort to bar a massive sand dune from its beaches may be over, but as city officials drove the beach last week the dune project – due to start in the fall – seemed as welcome as sand fleas.
David O’Reilly, Inquirer Read more 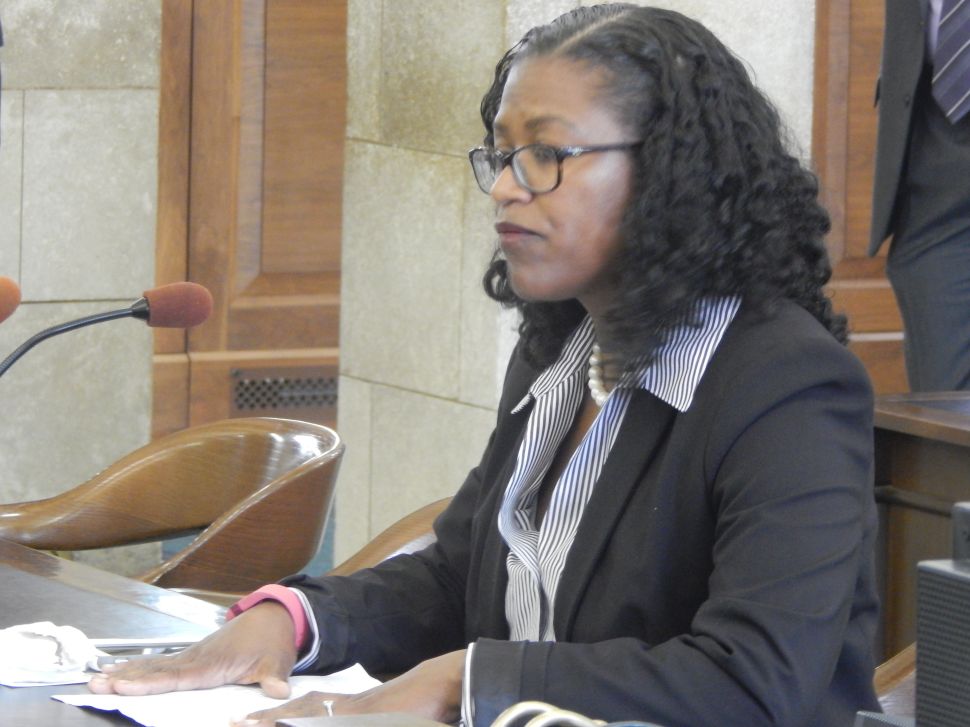