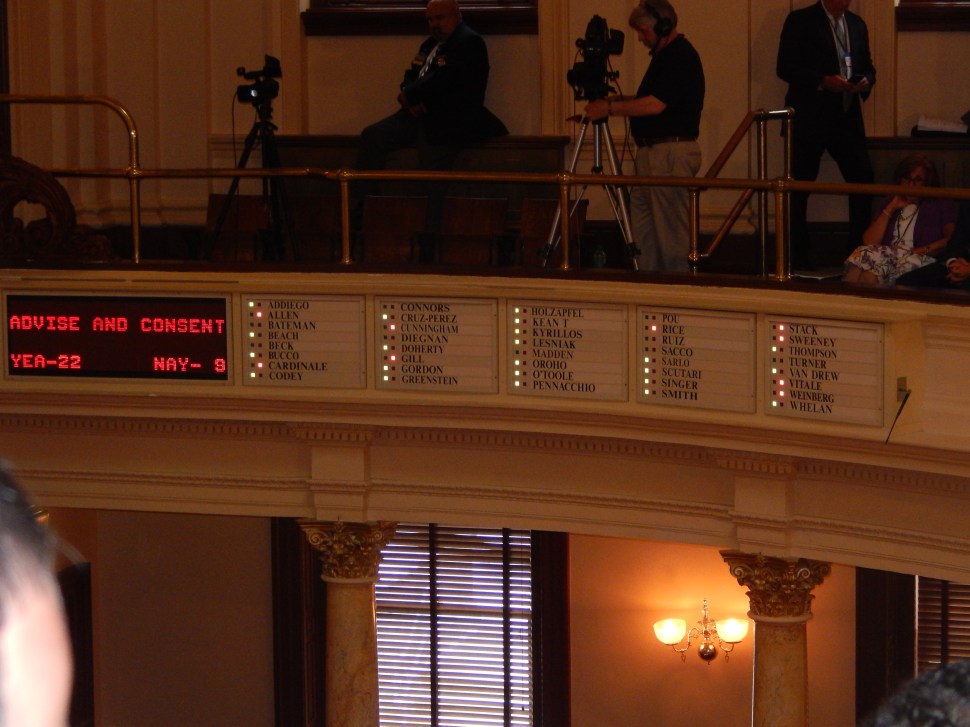 It’s Friday, and as shore traffic builds, motorists in New Jersey are a few steps closer to seeing a large increase in the price of their gasoline as a measure to fund the transportation trust fund advances. Meanwhile, speculation about how New Jersey politicians might benefit from the upcoming presidential race continues.

Quote of the Day: “Just because you didn’t support it, does not mean it could not be done,” – State Sen. Jennifer Beck, taking Senate Budget and Appropriations Chair Paul Sarlo to task for not putting her plan to fund the Transportation Trust Fund without raising taxes up for consideration.

Guv Race 2017: Developments
An insider at the edges of a press event earlier this week remarked that the senate president’s residence here in the belly of the beast during the Christie years might make Sweeney a 2017 non-starter in a Democratic Primary. The proximity of Sweeney to the fetid political carcass of a Republican like Christie should be reason enough to sink the ironworker in the eyes of those public service workers and progressives eager to put Christie behind them.
Max Pizarro, PolitickerNJ Read more

Monmouth Poll: Booker Would Have ‘Slightly Negative’ Impact as VP
With the presidential nominations in place, speculation about potential running-mates has ramped up considerably. The Monmouth University Poll tested 12 possible vice presidential picks – six from each party – and found that most would have no appreciable impact on voter support. Two names do stand out, however: Bernie Sanders, who could attract undecided voters to the Democratic column, and Sarah Palin, who could potentially hurt the GOP ticket.
Politicker Staff, PolitickerNJ Read more

TTF Bills Clear Assembly Budget Committee with Bipartisan Vote
The Assembly Budget Committee on Thursday released A10, a bill aimed at replenishing New Jersey’s near-bankrupt Transportation Trust Fund (TTF) and A11, a bill that amends certain NJ taxes in conjunction with the TTF changes. The move is part of a last-minute push by legislators to pass TTF funding legislation before the fund runs out on June 30.
Alyana Alfaro, PolitickerNJ Read more

Senate Re-ups Controversial Judge Escandon 22-9
The Senate this afternoon voted in favor of the reappointment of Paul Escandon of Monmouth to a superior court judgeship, over the objections of state Senator Gerald Cardinale (R-39) of Bergen County.
Max Pizarro, PolitickerNJ Read more

Assembly Committee Releases Democrats’ FY2017 Budget
While a vote on the Transportation Trust Fund (TTF) replenishment was much delayed during Thursday’s Assembly Budget hearing, the committee did release the Democratic 2017 budget legislation (A4000). The committee hearing comes just one week before the July 1 deadline to finalize the FY2017 state budget.
Alyana Alfaro, PolitickerNJ Read more

A Dismal Devouring
News circulating about Gannett’s devouring of the Bergen Record leaves one with a final, fatal feeling of an era at last expired.
PolitickerNJ Editor, PolitickerNJ Read more

Currie Applauds NJ Congressional Delegation for Ongoing House Sit-In
New Jersey Democratic State Committee Chairman (NJDSC) John Currie applauded members of New Jersey’s Congressional delegation for their role in the currently ongoing sit-in taking place on the floor of the House of Representatives in Washington D.C. The sit-in is an effort by House Democrats to demand a vote on gun legislation aimed at preventing suspected terrorists or those on the no-fly list from buying firearms.
Alyana Alfaro, PolitickerNJ Read more

Christie begins to pitch new school-funding formula to voters
Having made a big splash earlier this week by proposing a drastic new school-funding formula, Governor Christie began his campaign with voters Thursday, pulling up in his police escort to a small home in South Plainfield and sitting down in the kitchen with a couple and their 10-year-old son.
Dustin Racioppi, The Record Read more

Bill to create Bergen Regional oversight board advances in N.J. Assembly
A bill that would create an 11-member board to oversee embattled Bergen Regional Medical Center may soon be voted upon by the Legislature after it cleared a key panel Thursday.
Scott Fallon and Christopher Maag, The Record Read more

Assembly set to vote on bill to increase sales of smart guns
Lawmakers could send Republican Gov. Chris Christie legislation to increase the sales of so-called smart guns, which can only be fired by authorized users.
Associated Press Read more 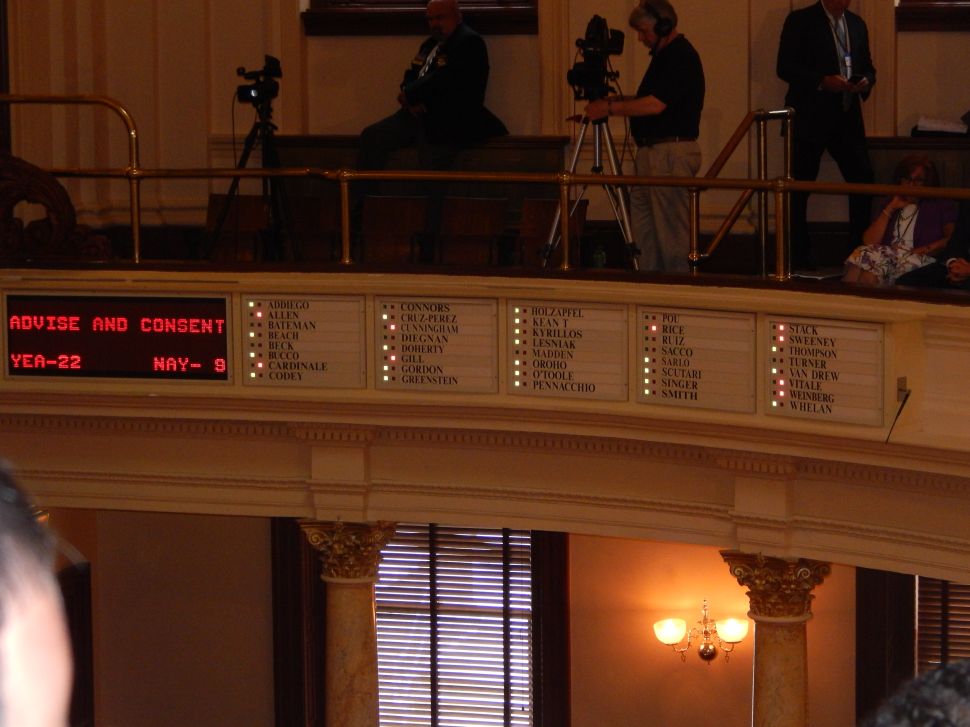