It’s Wednesday, and the question still to be answered in Trenton is how the state Senate will react to the Assembly’s compromise with Gov. Chris Christie to boost the gas tax and cut the sales tax.

Quote of the Day: “We can’t do both of these things. The numbers don’t lie.” – Senator Loretta Weinberg, on Democrats embracing the plan to cut the state sales tax while also backing a constitutional amendment to force the state to meet its pension obligations

Senate Leery as Criticism of New Assembly TTF Bill Rolls in
Following a late-night vote Monday that saw a new deal for funding the Transportation Trust Fund pass in the state Assembly, Democrats in the Senate are largely staying mum on that proposal to raise the state’s gas tax in exchange for reductions to the sales tax. A Senate bill had been in the works to phase out the estate tax in a bid to satisfy Governor Chris Christie’s stated criteria of “tax fairness,” and support for the new bill could be thin.
JT Aregood, PolitickerNJ Read more

Christie Praises Assembly TTF Proposal, Calls for ‘Successful Conclusion’ on Thursday
Following a full day of negotiations Monday, Governor Chris Christie and state Assembly Speaker Vince Prieto (D-32) reached a deal on a new proposal to fund the ailing Transportation Trust Fund with a gas tax increase in exchange for a winnowed-down sales tax. The move came after months of wrangling from Democrats, who had a bill ready that would have phased out the estate tax and offered several additional tax breaks.
JT Aregood, PolitickerNJ Read more

Holdsworth to Take Helm for Hillary in NJ
Statehouse sources tell PolitickerNJ that Secretary Hillary Clinton has tapped Jennifer Holdsworth to become NJ State Director for the General Election. Holdsworth has been omnipresent on the fundraising and grassroots organizing circuit for Hillary for the past two years.
Jay Lassiter, PolitickerNJ Read more

Essex Dems Push County Unity at Watson’s Assembly Announcement
Members of the Essex County Democratic Committee have officially announced that former Freeholder Blonnie Watson has the organization’s support to fill the assembly seat to be vacated by Assemblywoman L. Grace Spencer after she moves up to a Superior Court Judgeship.
Alyana Alfaro, PolitickerNJ Read more

With sales, gas tax deal, Assembly helps Christie burn down the house
It was after midnight when the Assembly voted on a tax cut plan that would dig a $1.6 billion hole in the state’s annual budget, at least.
Tom Moran, Star-Ledger Editorial Board Read more

Why does N.J. need sales tax cut? Christie explains ‘my idea’
Standing outside his office in the Statehouse well past midnight with just three days to sign a balanced budget, Gov. Chris Christie insisted “the last week of June is when magic happens.”
Claude Brodesser-Akner, NJ.com Read more

Sales tax cut may help offset pain at the pump
Governor Christie and Assembly Speaker Vincent Prieto on Monday upended the plan to fund transportation projects and instead passed their own: Raise the gas tax by about 23 cents per gallon, and in exchange chop the state sales tax over two years from 7 percent to 6 percent.
Christopher Maag and Dustin Racioppi, The Record Read more

Feds: Not our fault Christie bridge case texts are missing
Federal prosecutors in the George Washington Bridge lane-closing case say in a court filing they shouldn’t be penalized for not finding text messages between Gov. Chris Christie and an aide.
Associated Press Read more

‘Little guy’ contractors still angry at Trump Taj bankruptcy
Weak from heart surgery and a sepsis infection that would soon kill her, Patricia Paone was resting at home last summer when an apparition appeared on the TV – a famous businessman who had struck a deal with her husband years before.
Bernard Condon, The Associated Press Read more

Kevin Bannon to be fired from Mercer County Park Commission
For the second time in his life, Kevin Bannon will be publicly humiliated by a high-profile firing.
David Foster, The Trentonian Read more 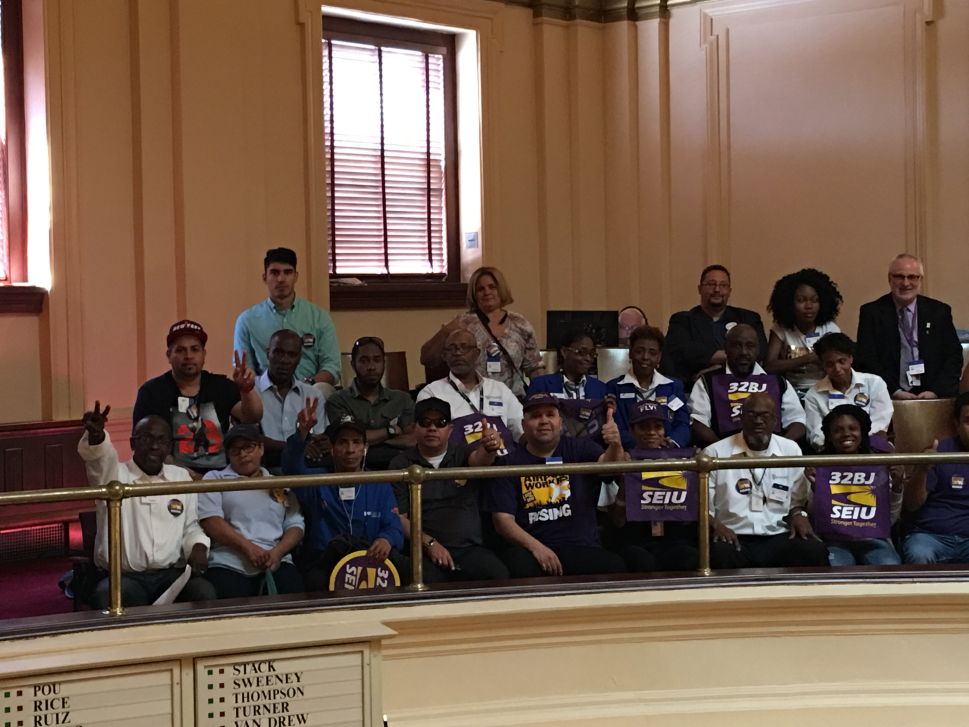