It’s time again to take a look at what happened in New Jersey politics in the last 24 hours, including a visit from Hillary Clinton, a report on money raised for the upcoming gubernatorial contest and a presidential endorsement in a local congressional race.

Quote of the Day: “It’s rare that attentiveness to an issue is so high. Call it the Caitlyn Jenner effect,” said Krista Jenkins, professor of political science and Director of Fairleigh Dickinson University’s PublicMind.

Joined by Booker and Bon Jovi, Clinton Slams Trump at Rutgers Newark
Just one day after a Monmouth University poll placed former Secretary of State Hillary Clinton a mere four points ahead against her likely foe in the November General Election businessman Donald Trump, the presidential hopeful took the stage at Rutgers Newark to espouse on why her presidency would be better for the future of America than her competition.
Alyana Alfaro, PolitickerNJ Read more

Pre-Election Fundraising by Guv Candidates or their Allies Tops $10.6 Million
With the official starting date for the 2017 gubernatorial election still eight months away, committees with ties to potential candidates already have raised $10.6 million and spent $5.8 million, according to an ELEC analysis.
Joseph Donohue, PolitickerNJ Read more

FDU Poll: Public Opinion Divided on Transgender Rights
Debates over the rights of transgendered individuals have roiled those in states across the nation. Here in the Garden State, the most recent statewide survey from Fairleigh Dickinson University’s PublicMind finds people are paying close attention to these debates and remain divided over how far society should go to accommodate the rights of the transgendered community.
Politicker Staff, PolitickerNJ Read more

Obama Endorses Norcross Ahead of Final Primary Debate
President Barack Obama weighed in on one of New Jersey’s most volatile congressional campaigns Wednesday, offering his official endorsement to incumbent U.S. Representative Donald Norcross in the congressman’s reelection campaign. Norcross is facing a grassroots challenge for the Democratic nomination from progressive upstart Alex Law, with the two scheduled to debate Thursday before the primary next week.
JT Aregood, PolitickerNJ Read more

More Persecutions Obama Style
While President Obama runs around the world trying to make the Guinness Book of World Records for Presidential firsts, his administration continues to work what sure looks like a checklist of petty personal vindictiveness masked by misguided self –righteousness.
Donald Scarinci, PolitickerNJ Read more

We Can’t Afford PARCC
As I sit on the train heading back home to Paterson from Trenton I feel the need to express my discontent with the NJDOE’s proposal of making passing PARCC a graduation requirement.
Corey Teague, PolitickerNJ Read more

Christie: N.J. is prepared for Zika virus
A day after the first baby delivered in a New Jersey hospital was diagnosed with birth defects caused by the Zika virus, Gov. Chris Christie assured the public on Wednesday the state is ready to respond when the mosquito-borne illness migrates to the state.
Samantha Marcus and Susan K. Livio, NJ.com Read more

Christie vows continued support of charter schools in N.J.
Gov. Chris Christie championed his message that charters schools are a boon to urban communities across the state during a visit to Village Charter School in Trenton Wednesday.
Greg Wright, NJ.com Read more 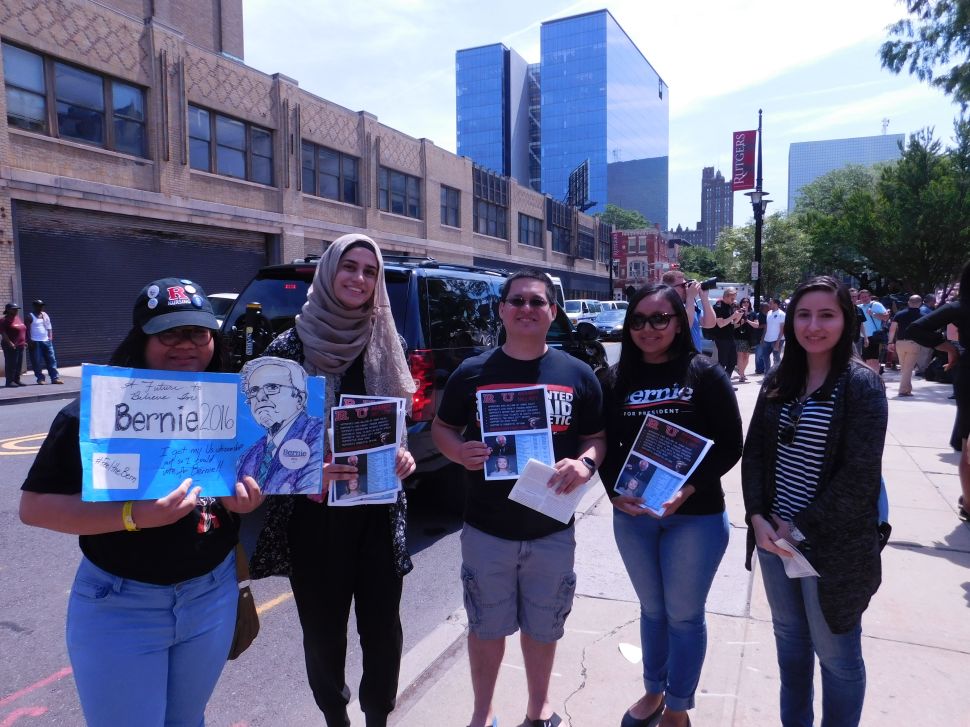