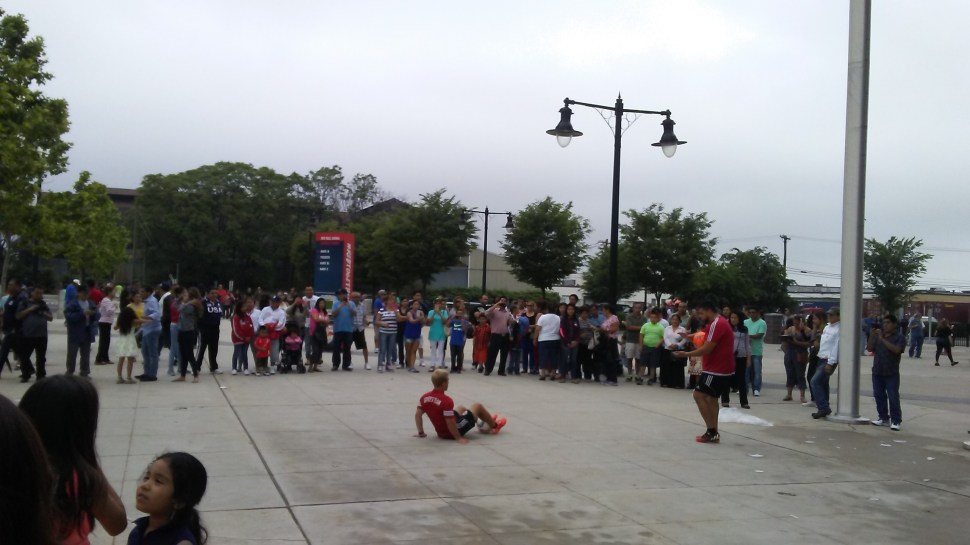 It’s Monday, the day before the New Jersey primary and time to take a look at last week’s winners and losers in state politics and to look back at Muhammad Ali’s ties to the Garden State

Election Season Passion Overflows at Red Bulls Stadium
The passion for this election is overwhelming. Not since 2008 have we seen people lining up in the rain to vote like this…
Max Pizarro, PolitickerNJ Read more

Sweeney, Lawmakers Push Casinos and Jersey Unity in the Meadowlands
A coalition of New Jersey legislators gathered in front of the offices of the Meadowlands Chamber of Commerce to highlight what they feel is a necessary expansion of casino gaming away from only Atlantic City and into North Jersey. At the event Democrats Senate President Steve Sweeney, Senator Paul Sarlo, Senate Majority Leader Loretta Weinberg, Senator Bob Gordon, Bergen County Executive Jim Tedesco and several Bergen County freeholders spoke in favor of the expansion.
Alyana Alfaro, PolitickerNJ Read more

Governor Byrne on Muhammad Ali: He Said ‘Throw a Right’ and I Threw a Right
In a conversation with PolitickerNJ earlier today, former Governor Brendan Byrne recalled his exhibition bout with the late great Muhammad Ali. It wasn’t exactly a replay of Chuck Wepner’s bout with The Greatest.
Max Pizarro, PolitickerNJ Read more

The Bayonne Battler and Muhammad Ali
New Jersey’s own Chuck Wepner (left) fought the late Muhammad Ali for the heavyweight crown in 1975, in one of the all time memorable losing efforts, a noble beat down for the ages, which in part inspired Sylvester Stallone to write Rocky.
Max Pizarro, PolitickerNJ Read more

The Day New Jersey Boxed ‘The Greatest’
Leave it to New Jersey’s scrappy politicians to try to land a glove on a boxing legend like Muhammad Ali, but that’s just what former Governor Brendan Byrne and the late Jersey City Mayor Thomas F.X. “Tommie” Smith (pictured above) tried to do when on June 29th, 1979 they climbed into the ring with “The Greatest.”
Max Pizarro, PolitickerNJ Read more

Why N.J. voters love Hillary Clinton
At a rally for Democratic presidential front-runner Hillary Clinton in Paterson, former President Bill Clinton spoke to her supporters about why she was better qualified to be president than any of her opponents — especially Donald Trump.
Aristide Economopoulos, NJ.com Read more

Even with cash from the state, bankruptcy is still a threat to Atlantic City
Atlantic City breathed a sigh of relief last month when Governor Christie signed a badly needed and long-delayed financial rescue package for the resort town.
Salvador Rizzo, The Record Read more

Sweeney sidesteps a liability for 2017
John P. Kelly, a Republican official from a Pine Barrens hamlet, withdrew his nomination to the New Jersey Parole Board on Friday, after activists and lawmakers denounced him as the No. 1 pariah of the state’s LGBT community.
Charles Stile, The Record Read more

Arcane legal issue could keep Bridgegate list secret
On one level, the legal fight over access to the names of unindicted accomplices in the George Washington Bridge lane-closure case pits the public’s First Amendment rights against privacy interests of individuals who haven’t been charged with a crime.
Andrew Seidman, Inquirer Read more

Frelinghuysen stands by conservative record
Looking to win his 12th term representing most of Morris County and the 11th District, Rep. Rodney Frelinghuysen has been painted by primary challengers and critics as a member of an entrenched, entitled and overspending Congress that needs new blood.
William Westhoven, Daily Record Read more

US House incumbent Norcross lends his campaign $235,000
A New Jersey congressman who is the brother of one of the state’s most powerful political figures is digging into his own pockets to fend off a challenge from a political newcomer with little money to compete.
Associated Press, Read more 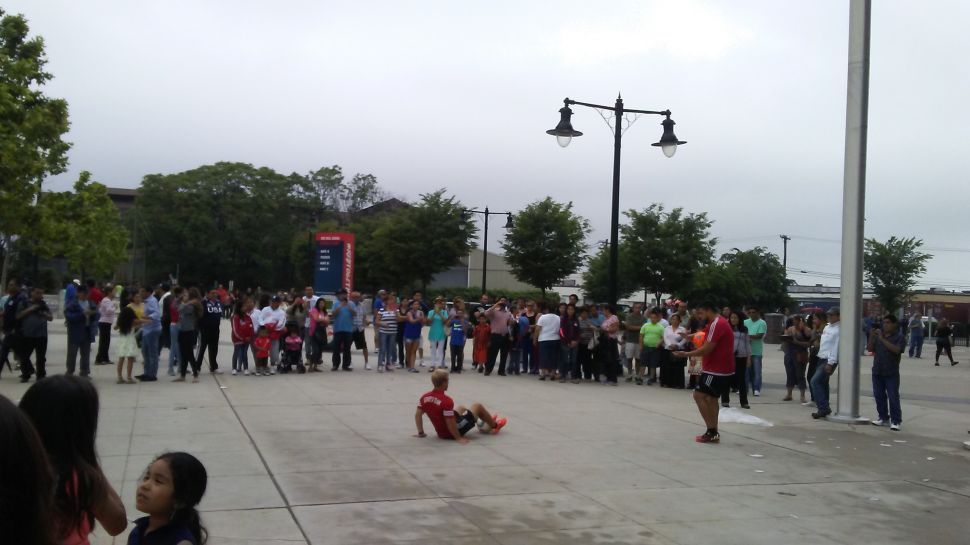