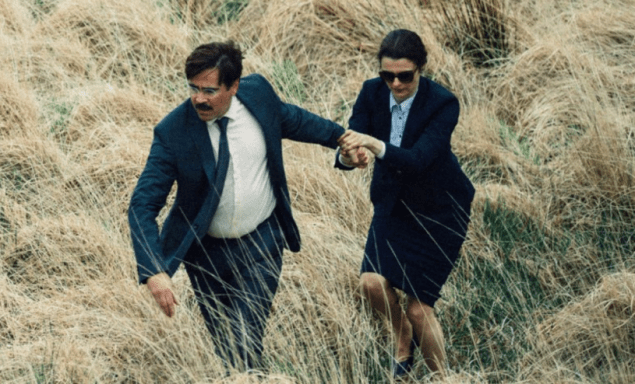 Colin Farrell and Rachel Weisz in The Lobster. A24

Yorgos Lanthimos’ new movie, The Lobster, manages to offer an incredibly pure glimpse into what people expect from love by throwing them into a dystopian world that’s gone so far as to enforce it into meaninglessness. This extremely bizarre and dark film, by all counts Lanthimos’ kindest, poses questions about what makes love work, how do people come together? By putting its characters into its absurd love-hotel, draping them in demands to co-habitate, and making love a question of life and death, The Lobster asks, ultimately, what is the chemistry of chemistry?

The Lobster opens on a brutal scene – Colin Farrell’s David is sitting in his apartment, getting a by-the-numbers rundown on why his wife is leaving him. He asks her if her new partner wears glasses or contacts, and she says contacts. He nods to himself, and then she reminds him that he better hurry up and get ready to be carted off to The Hotel, where he will be put on a trial by romance to see if he gets to continue life as a human, or as the animal of his choosing – in David’s case, a lobster. It seems like a pretty cut and dry decision – who wouldn’t want to be a human? – but based on the lack of energy David puts into his efforts at The Hotel, one does begin to wonder if life beneath the sea wouldn’t be so bad.

Anyone who has ever found themselves taking a “gap year” from relationships knows that the promise of compatibility is nothing more than an illusion.

David’s opening question proves to be the key to understanding what this movie is exploring about how we love and what we expect from the experience. Wondering how his character traits, particularly his myopia, affect his chances at love will continue to dog David throughout the rest of the running time. How he and the friendly acquaintances he meets at The Hotel match up to their potential mates is the question of the day. How will his buddy with the limp retain his humanity if no-one else there has one? And later, how will David continue to relate once he no longer has the crutch of his glasses to carry himself with?

As a grown-ass indoor kid, the whole ugly scene at The Hotel reminded me a lot of OkCupid. This sense that love is best predicted by a series of similarities and a preference for the same color furniture out of the three options they give you at Ikea is a little repulsive, inspires a natural disbelief when weighed against experience, and yet who among us messages people with lower than an 80% match rate? Sure they listed Rick and Morty as a favorite show, but they also answered the question about dating within your race by clicking on the heil Hitler option. Decisions, decisions!

Anyone who has ever found themselves taking a “gap year” from relationships knows that the promise of compatibility is nothing more than an illusion. Just like that little thing she does when she eats starts out endearing and ends with an internal rage you thought you reserved only for child murderers, sharing interests with a partner seems to offer a half-decent chance at hating that interest within five years. Or at least feeling less excited by it. The point being, in the immortal words of Hillary Flammond: things change, people change, hairstyles change, interest rates fluctuate…who knows? And still, we want the people we want, we make decisions that couldn’t possibly be rational in order to keep them in our lives.

Research about what makes for a lasting couple manages to shine a little more light on this question. The prevailing thought is that love begins with lust, and lust begins with attraction and shared interests; your basic cutie-who-gives-you-the-time-of-day scenario. It’s a little mechanical, but that early period has a clear biological purpose – knockin’ them baby-makin’ boots. The value of long-term love and companionship is a real baffler to evolutionary biologists though, and not just because their field is 100% pseudoscience. Once the second generation has bred, which happens pretty fast in reductionistic models of the human condition, grandparents end up being accounted for by passing along cultural wisdom. It’s not a job that requires two people, even though both have to be fed, but we all still love a 50 year anniversary.

Love is a reminder that not everything we do has to be in pursuit of a balanced budget.

Love endures far past the point of being useful, but only if you nurture it. That’s why we like it so much: love is a reminder that not everything we do has to be in pursuit of a balanced budget. To stay together, psychologists recommend we each accept our partner’s “bids”. A bid, in the psychology of love, is really just an invitation to participate.   To share time, not interest. It seems like a small thing, but it turns out you’ll never know how much it meant that time your partner asked you to watch Kittens, Inspired by Kittens! for the fifth time in a single day and you stuck it through to the end.

This seems like it should be simple, enjoy activities with the person you profess to love more than anyone in the world, but it isn’t. If you��re lazy about it you get sick of each other and it starts to feel like work. This may be because humans are strongly inclined by our biology to maximize efficiency – we want our shared interests to stay the same so that we don’t have to expend the extra energy to mentally encode new ones. We want to be able to enjoy the music of Explosions in the Sky forever, but in our heart of hearts we know that any music that relies so heavily on telegraphed crescendos can only stay interesting for so long. When we sit there frowning under the weight of headphones and stolen mp3s, our partners are able to see our decrepitude and recommend something new; “when was the last time we went to that swinger’s club?”

This is the dilemma that David runs into at the tail end of The Lobster, and it’s the one the film’s denouement revolves around. He and his short-sighted partner find the kind of thrilling, private love that leads to total routine-reevaluation and moving forward in life, but incorrectly assume it’s based only on their shared fuzzy vision. When that is taken away from them, they struggle. And yet they are still drawn to each other, or at least to the feeling of being together. Time together was an extasis – they existed separately from he and she. David’s efforts to keep his partner happy and by his side are maybe the only touching parts of the whole movie, the only times where it looks like he isn’t acting solely in his own interests.

Like T.S. Eliot’s classic wimp, David considers all the trouble of love and at least halfway believes he should have been a pair of ragged claws, scuttling across the floors of silent seas.

Ultimately, love isn’t about the kinds of absurd questions that our culture has so consistently packaged it with in our myths and traditions. Love is not about slaying a dragon. Well, not unless you and your partner do it together. When David is faced with an impossible decision at the end of The Lobster, we the viewers never receive any kind of satisfying conclusion, and it’s because Lanthimos understands all this better than David does. David is caught in the middle with himself – he understands that his relationship with the short-sighted woman allows him to enjoy simply passing time, but he is also worried that maintaining it will cost him far too much.

This is why he chooses a lobster for the animal he’d most like to be. Like T.S. Eliot’s classic wimp, David considers all the trouble of love and at least halfway believes he should have been a pair of ragged claws, scuttling across the floors of silent seas. He thinks love is a burden, and certainly the world he lives in has painted it that way. But love, for all the hard work that a relationship demands of us, is easier than that. Simply by entertaining a notion, by talking honestly to your partner, by getting away to the city for a while, you’re maintaining it. Yes, love hurts, but you don’t have to hurt yourself to stay in it. 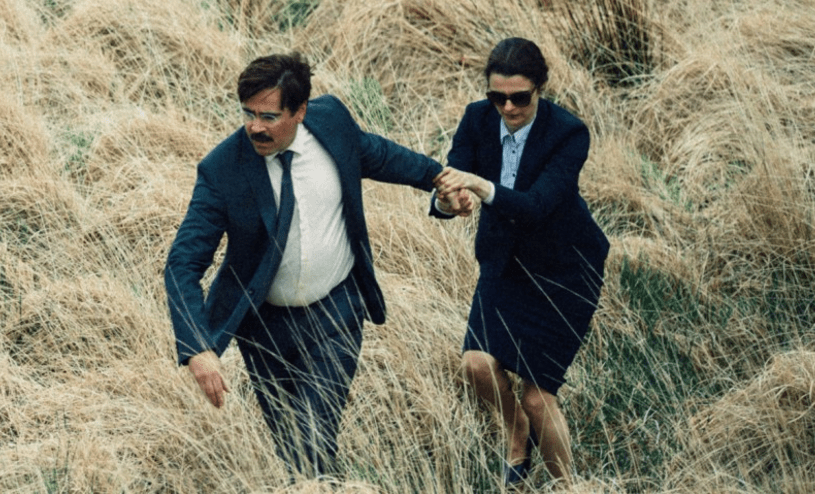