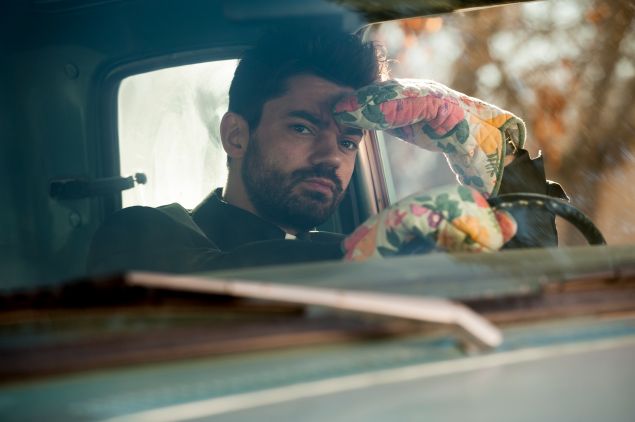 Preacher won’t let you rest easy. Two episodes in, and that’s the strongest thing about the newborn series so far. A cold open set in 1881, complete with doom-laden music, a rider on the storm, and a tree laden with the mutilated corpses of scalped Native Americans? A mysterious megacorporation — headed by Jackie Earle Haley — that shows up in a couple’s house, whisks out their furniture, and bulldozes the place before we really have any clue what the hell’s going on? A grim subplot about a glib pedophile that, miraculously for a show like this, isn’t played for cheap laughs at the expense of a loathsome creep who Gets What’s Coming To Him? A pair of apparently indestructible weirdos who attempt to draw the spirit of God out of Jesse Custer with a coffee can and a lullabye? Most shows spend this stage of their development helping the audience get the lay of the land. “See,” this week’s installment, just keeps blowing the land up under your feet.

While we’re on the subject of explosives, let’s talk about Joe Gilgun as Cassidy, lovable Irish vampire. This dude is a fucking supernova in this role, for real. He has the rangy physicality of a guy who’s had just enough to drink to give his every movement a tiny bit more momentum than required to get the job done — he always seems to be leaning, slouching, lunging, weaving, careening, even when sitting still. This serves him well in his comedic exchanges with Jesse and his major domo Emily, and even better in his fight scenes, which are fast becoming among the best choreographed and bloodiest on the small screen. His gory churchhouse slobberknocker with the two mysterious Brits who’ve been tracking the entity that has possessed Jesse is some Evil Dead-level splatstick, right down to the chainsaw, with severed arm still attached at the handle, crawling itself down the aisle toward the preacher’s passed-out body. Cassidy’s such a welcome presence everytime he shows up that you half-forget he’s a vampire and thus oddly superfluous to the central storyline, like if Game of Thrones had a character who was an alien.

Unfortunately — and this may simply be a matter of personal preference — Tulip is proving as annoying as Cassidy is entertaining. It’s not that actor Ruth Negga is doing poorly in the part; on the contrary, she’s spunky and cunning in a way that makes you think, yeah, this is a person who could bedevil a preacher’s life but good. The problem is that she’s only been given a single thing to do — keep bugging Jesse about taking this big mercenary job no matter how many times he says no — and that single thing is, by definition, annoying. Her methods of persuasion grow more outlandish as the episode continues, but that only makes them less persuasive. What kind of person thinks “Well, pretending to be baptized now that he seems to have found his true religious calling didn’t work, and neither did detaching his steering wheel and hanging it from a lamppost, so why don’t I put a baby seat in the middle of the road, taze him when he gets out to investigate, then shackle his leg and refuse to unlock it”? A character thinks that, sure. A person, not so much. Beyond that she’s just a collection of items on the generic badass checklist: ace poker player, MacGyver-level rigger of homemade explosives, lethal hand-to-hand combatant, chains up dudes to intimidate them but also kinda sex them up, yadda yadda. For a show so intent on throwing curveballs, you can see her coming a mile away.

The biggest challenge facing Preacher, however, comes down to the nature of the title. A horror comedy about hypercompetent killers who dispatch people in reliably rollicking ways is gonna have a tough time selling its main character’s crisis of faith as anything but window dressing for what everyone involved really cares about, which is being as wild and crazy as possible. When Jesse and Eugene talk about whether God wants them to be the people they already are, stuck in certain ways of being they just can’t shake, I just find myself thinking “Isn’t this the same show where a disemboweled vampire ate an entire cow?” It’s asking the big questions, but idly, like dorm-room chit-chat as the bong gets passed around between people playing Call of Duty. “See” ends with Jesse using his newfound powers, which he’d just employed to erase the pedophile’s likely target from his memory, in an attempt to revive a comatose teen. Maybe he’ll succeed, maybe he won’t, but neither outcome will say much about God or faith beyond “on this show, God gave this character superpowers.” The Almighty might as well be a radioactive spider. 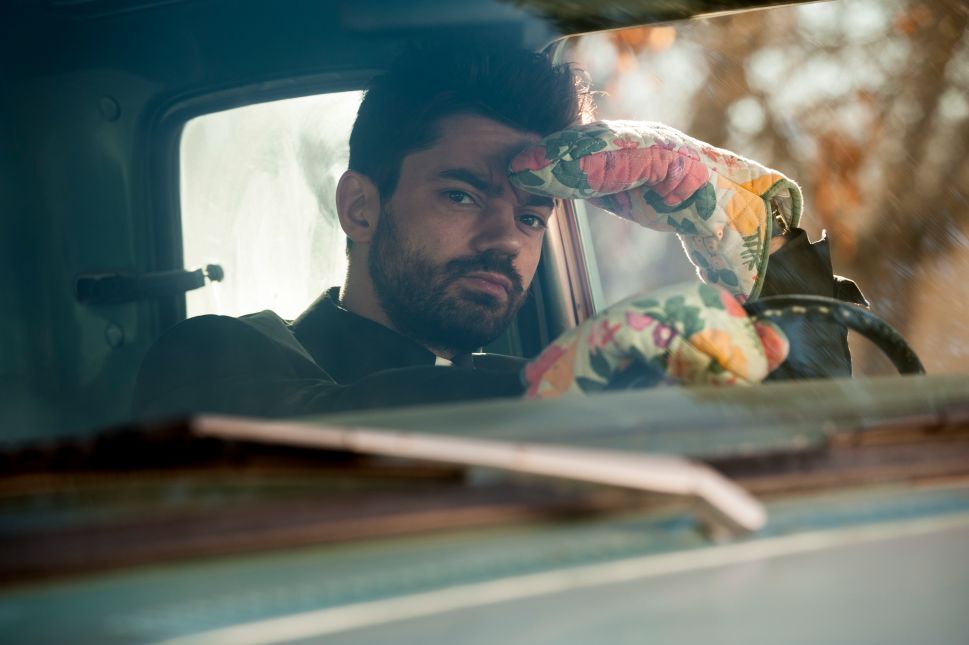