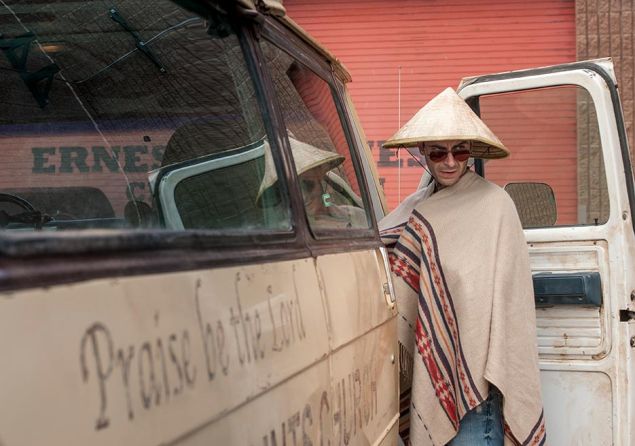 I’ll grant you that as arguably the biggest combined Boardwalk Empire/Game of Thrones fan outside of the HBO executive washroom, I’m likely to respond to a team-up of Meyer Lansky and Lame Lothar Frey with Pavlovian enthusiasm. But even putting my personal predilections aside, the revelation (no pun intended) that the two mysterious, death-proof Brits attempting to extract the Voice of God from Jesse Custer are, in fact, angels from Heaven was a rewarding short-circuit of the story so far. Their taciturn demeanor, impressive arsenal, and dubious claim to be “from the government” would normally cast them as unsympathetic antagonists. But while it may have taken a death or two to get to the point, eventually this preternatural pair were able to impress upon no less skeptical a personage than Cassidy the alcoholic Irish vampire that they were on a mission from God to reclaim the power that has inhabited the Preacher. Call me a sap if you must, but watching this trio of otherworldly entities come to some sort of an understanding even after they’d mutually attempted to murder each other multiple times did my cold heart good. Even in a world as cynical as Preacher’s, cooperation is apparently possible. Hallelujah!

At any rate, that was my main response to “The Possibilities,” the third episode of Preacher’s first season. Why? Because it was the least easy to predict ahead of time. Tulip O’Hare beguiling Jesse into One Last Job to avenge the dirty deal dealt them by a former compatriot? She’s been on that tip since the pilot. Odin Quincannon, the creepy Meat & Power Company executive played by Jackie Earle Haley, receiving clandestine information while blissing out to the sounds of the slaughterhouse? It’s that kind of show. Jesse using his telepathic powers to command his abusive-husband rival Donnie to stick his own gun in his mouth and cock the hammer? You could see this coming the second the dude pulled the gun in the first place. A mysterious man in white accepting pilfered information about something called “Grail Industries” (dun dun dunnnnn) from an Orthodox Jewish woman with underworld connections while he sits in the audience of Houston’s Snuff Film Festival? In this day and age, when you can watch ISIS behead people with five seconds of google searching, this old-school indicator of depravity is corny as fuck. But a 119-year-old Irish vampire calmly cooperating with a pair of weirdos from Heaven, standing just feet from their own dead bodies? That’s a show I can do business with.

Because here’s the thing about Preacher: The Big Questions it’s attempting to tackle are wayyyyyyyyy out of its league. This is a weakness built into the show at the ground level, i.e. the Garth Ennis/Steve Dillon/Glenn Fabry comics on which it’s based. How can you tell a worthwhile story examining issues of faith when the fantasy set-up you’ve constructed offers unequivocal proof of the existence of God? Faith definitionally depends on the absence of evidence, which simply isn’t happening when your main character can command people to do things with the voice that created the universe. What you wind up constructing is a shaggy-dog joke at the expense of anyone who’s taken this question seriously — a story about people presented with unequivocal, inarguable proof of the world beyond our own, whose primary problem is whether or not to look at that proof and say “eh, fuck this shit anyway.”

So you wind up with the situation we had on last night’s episode. You wind up with a mother, driven to disbelief by her grief over her braindead daughter, suddenly seeing the light because her preacher just so happens to have magic powers that compelled the kid to open her eyes (though not to actually see). You wind up with Jesse entrusting Cassidy with his secret, and the latter implicitly comparing the powers of God Himself with the curse of the vampire, because in a world like this they’re both basically superhero origin stories by another name, no additional ethical or spiritual issues attached. You wind up with Jesse testing his abilities against a character so conveniently loathsome that you wouldn’t have minded much if he’d made the asshole pull the trigger in that bathroom stall, his admittedly very funny attempt to explain BDSM to his son earlier in the episode notwithstanding.

In other words, here’s the problem with Preacher: Its tracking shots, title cards, and go-for-broke mirth and mayhem make the show a lot more entertaining than a show by Seth Rogen and Evan Goldberg based on a retrospectively cheesy ’90s “comics aren’t just for kids anymore” series has any right to be. But being entertaining is a lot different from being interesting. Preacher talks in a language all its own, but that doesn’t mean it has anything to say. 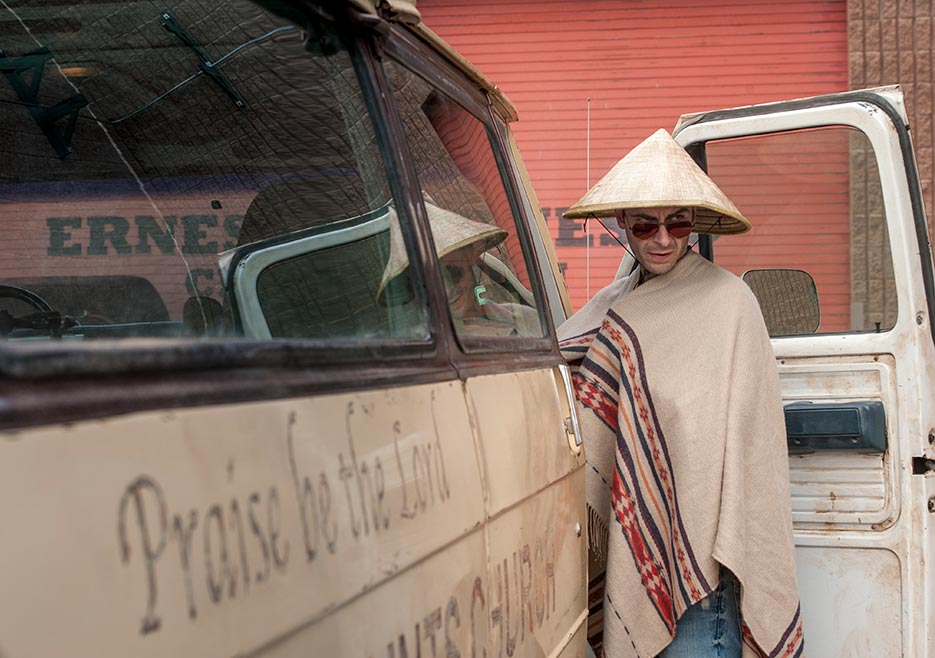