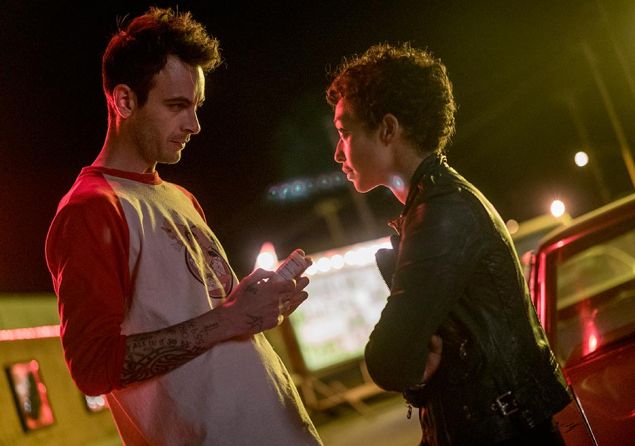 There’s an element of unreality to Preacher that extends far beyond either its supernatural elements or the caricatured stylization of its setting. Take Tulip O’Hare and her newfound friendship, or whatever it is, with Cassidy, the century-old Irish vampire. The night before the events of this episode take place, she’d accidentally beaten him through a window and saw him cheat certain death by drinking his way through the contents of a hospital’s (very poorly guarded, but whatever) blood bank. So yeah, she’s just met her very first vampire, a fact she establishes with a quick quiz of which elements of the nosferatu legend are legit. (He drinks blood to help himself heal but he doesn’t necessarily crave it; crosses and silver have no effect on him but sunlight does, albeit in a much less severe way than you might expect.)

Now I don’t know about you, but I kinda feel like even if I were a mercenary on a one-woman quest for revenge, coming into contact with the undead would cause me to rethink my plans for the next week or two at the very least. After all, there’s no measurement by which this isn’t the most insane and unbelievable thing ever to happen to her, right? Like, I don’t care if Jesse Custer did shoot a komodo dragon in the head at point-blank range to punish a Rastafarian druglord for looking at your ass — you’re talking to a goddamn vampire. At least do him the courtesy of taking a break from your country-fried hard-boiled shitkicker noir lifestyle long enough to freak the fuck out.

But nope! Within hours, Tulip simply enfolds Cassidy into her preexisting plan to get revenge against Carlos, the mysterious man who cost her and Jesse “everything,” whatever that means. Spurned once again by the Preacher — encountering evidence of blood-fueled immortality did not stop her from pestering him to join her crusade for the umpteenth time on the show so far — she utilizes Cassidy’s hankering for opiates, and for her, to lure him into her orbit with a joyless backseat doggystyle shag. The dead-eyed look in her face indicates this is just a means to an end, presumably his help in eliminating Carlos. But I wonder if it isn’t also reflective of “I just found out vampires exist, and this is what I’m doing? GTFO.”

The blasé manner in which characters react to the extraordinary events befalling them is endemic to the school of comics in which Preacher’s source material, the DC/Vertigo series by Garth Ennis and Steve Dillon, is squarely located. Playing it cool around vampires, angels, demonic possession, and the wrath of God Himself has long been a way for writers of a certain vintage to mark their protagonists as either erudite sophisticates familiar to the point of boredom with the ways of the multiverse (“The Elder Gods do have a tendency to make one frightfully late for tea”) or hardcore badasses whose busy schedule of drinkin’, fightin’, and fuckin’ leave them no time to be wowed by the world beyond (“What’s the matter? Never seen the infernal legions before, new guy? Hurry the fuck up and shoot ‘em — I got a date with three strippers tonight and I’ll be damned if Beelzebub’s gonna cost me my nut”). With nerd culture’s Orwellian oligarchical takeover it was only a matter of time to see it so directly translated to the small screen, but that doesn’t make it any less joy-killing now that it’s happened.

The problem gets more intractable because the show relies so heavily on massive adrenaline-jolting shocks of one variety or another. If the characters are inured to them, at a certain point, why wouldn’t we be? Consider the episode-ending bloodbath in which local business magnate Odin Quincannon, gentle as a housecat since receiving Jesse’s psychic instruction to “SERVE GOD” last week, suddenly pulls out a shotgun on the green-energy executives he’d invited over for merger talks. We’re supposed to be all blown away, no pun intended, by the sudden onslaught of violence given its contract with his docile demeanor before and after the massacre, and to wonder how exactly this jibes with his holy mission. But on a fundamental level, who cares? We don’t know who these people are or what they want or why God might not want them to have it. We barely no Odin beyond his briefly sketched-out Texas tough-guy routine here and there throughout the season so far. As for the nebbishy mayor who witnesses the murders, I couldn’t even tell you that guy’s name. Without an emotional attachment to anyone involved, all we’ve got is an empty-calorie explosion of mayhem, wrought by a guy acting like he’s done this sort of shit in his sleep. There’s no there there — nothing to hook us, to make us uncomfortable, to leave us questioning and interpreting. It’s all just guesswork about a mystery in which the participants are ciphers. At least when Jesse takes poor disfigured Eugene to the house of the young woman whose coma he apparently helped cause and orders her belligerent mother to forgive the kid, there are some readily understandable emotional stakes. Here, it’s just a cattle baron cheerfully blowing away some businesspeople because God told him to. Thin gruel indeed.

At least in the flashback that opens the episode — another journey to the Wild West days, when the town was called RATWATER (the all-caps seems appropriate) and everyone was a murderous piece of shit — everything is so cranked to 11 that it can sustain some interest on sheer spectacle alone. Now, to get to that point, you have to ignore that this is the bajillionth story that asks us to sympathize with a Confederate veteran with a heart of gold (albeit one we’re told enjoys killing like no man ever seen before), and forget about the tree laden with scalped Native Americans in service of a narrative that plays death primarily for gross-out laughs. But if you can manage all that, the crisp editing, doomy cinematography, and positively apocalyptic score by composer Dave Porter elevate our grizzled anti-hero’s struggle to retrieve medicine for his dying family to the level of a creation myth (which it appears intended to be). The cross-cutting between the gunslinger and the corpses (and dolls) of his wife and daughter as they’re pecked at by crows is a series highlight; it feels both grim and earned in a way little else here has, aside perhaps from poor hapless Donnie crying into his wife’s arms about how it felt to be telepathically manipulated by the Preacher’s powers. If this show took itself a little more seriously, it’d be easier to take seriously. 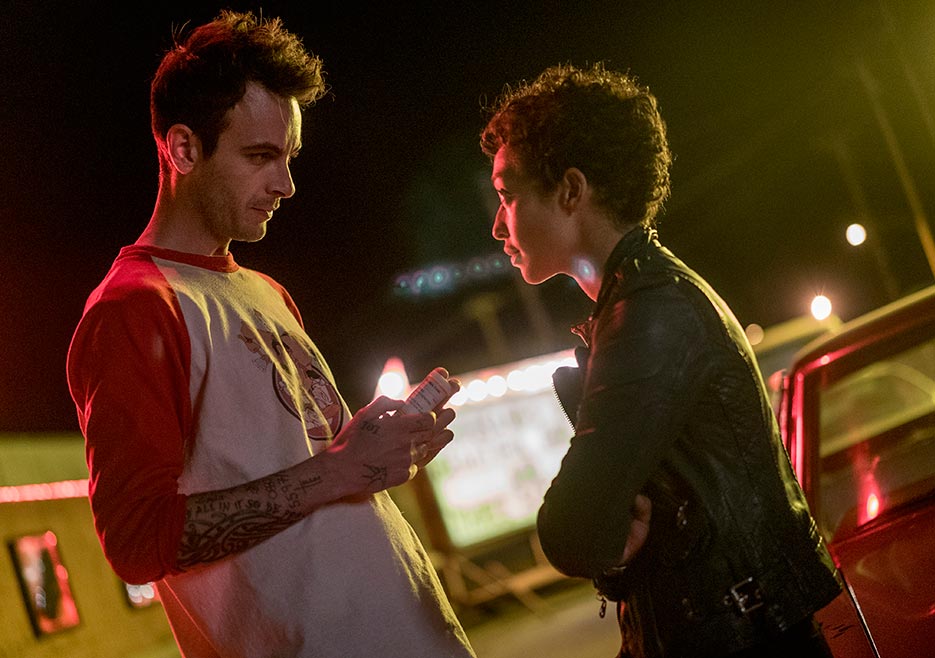