Ok, we’re super late to this travesty, but check it out: the City of New York is asking an African-American artist to make his work more digestible for the Boho billionaire wives club crowd that likes to do yoga in the greenway along the Hudson River on the west side. No, we didn’t make it up.

The details are pretty bonkers, so anyone interested in American history, art or social justice in any form may want to pop a Klonopin right now.

Aaron Bell, an African-American New Yorker who became an artist after his recovery from a brain tumor, was invited to create work for one of two public green spaces that display site-specific work. Funded by the Art Students League, but apparently overseen by a paternalistic Parks Department, the “Model to Monument” program puts sculpture in New York City parks and has been doing so since 2010.

“Stand Tall, Stand Loud,” the work Bell created with financial assistance from the program (the Parks Department insists it is not a commission), used imagery relevant not only for African-Americans in a general historical context, but newly (and sadly) relevant in this day and age of Freddie Gray’s murderers’ acquittals: the noose.

I guess that made the Parks Department uncomfortable. Does that say more about them than the work? Unclear. What is clear is that the department’s commissioner suggested the artist change the piece. Wait, actually, it was not a suggestion. Bell was told it would not been shown in the form in which he envisioned it, as West Side Rag first reported. Bell will reluctantly replace the noose with a cast of two mouths in the version that a Parks Department spokesperson told the Observer will go up in Riverside Park “shortly.”

It gets worse though. The reason that the piece needed to be altered is because “the proposed site for this work is adjacent to an area regularly programmed with passive recreational activities such as yoga, Pilates, and senior movement programming,” the spokesperson said. I mean, who wants to watch 12 Years a Slave while on the treadmill, amirite? Better to just forget about history, globalization, crushing income inequality, Syria, environmental doom and of course the 2016 presidential election until afterwards, when you’re sipping your $9 kale and chia seed concoction. Gotta protect the masses. Or wait, the idle classes. (I have never found my way to outdoor Pilates during business hours—have you?).

As the Times’ ever-eloquent Ginia Bellafante points out, Bell has been a victim of the racial injustice his work thematizes himself in the past. He was beaten up by a group of white students while studying at Pratt Institute in the ‘60s, which left him susceptible to seizures. Once, in the ‘70s, he had an incapacitating seizure and was picked up by the NYPD, whom he said left him on the steps of Bellevue Hospital without his wallet.

We tried to confirm this spectacular line of reasoning—”New Yorkers need to do yoga in an ahistorical context. That’s what the city needs! Not better subway service! Stop worrying about trivialities.”—with the Parks Department and were told they “review temporary public art proposals based on criteria including safety and durability of the artwork, and its suitability to the site.” So your tax dollars pay for people to decide what art is suitable for you to consume in public. Guess we are back in that Giuliani-era New York some yearn for.

Sadder still, the disabled artist of course needs the publicity (the art game is a tough game). So he will make the preposterous alterations to his piece.

“Getting your sculpture put up in a public place in New York City is like hitting the lottery,” Bell told the New York Post. “I can’t give up the opportunity. But I still stand by my original work.”

At the bottom of the sculpture is the Martin Luther King Jr. quote “Our lives begin to die the day we are silent about the things that matter.” Parks Department, don’t set us up like this. What are you, secretly the Irony Department? (My dad just felt a twinge.) 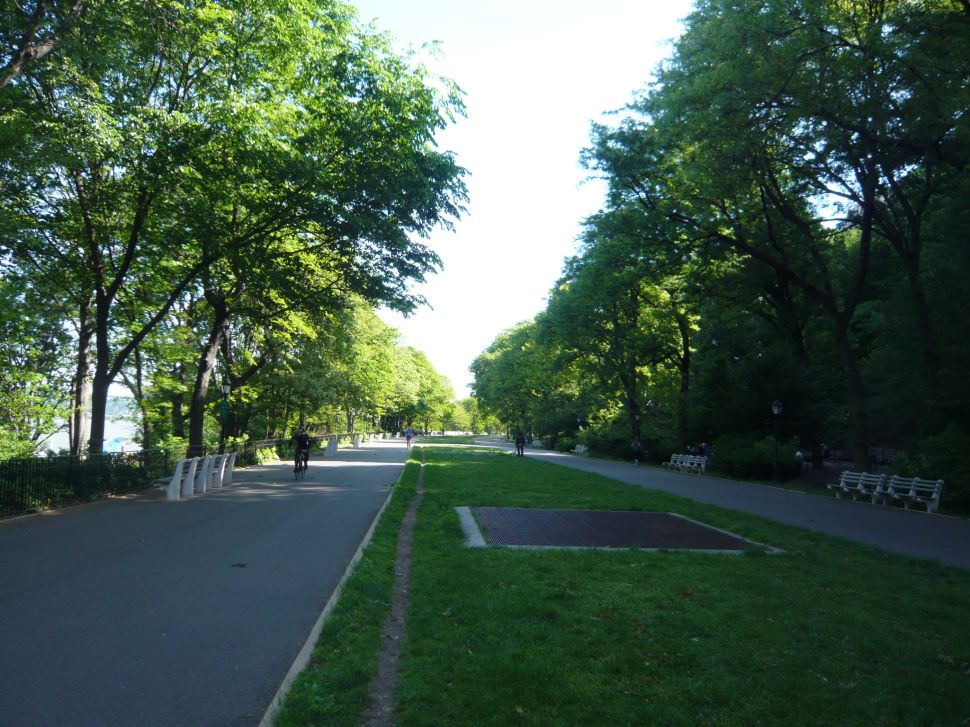