Being known as the other Aaron Spelling-adored Los Angeles area, Melrose Place is famous for its top-notch shops and Hollywood elite, but now with the opening of Brooklyn designer Rachel Comey’s new store, the area will be getting a much deserved New York influence.

Located between West Hollywood and Beverly Hills, Comey’s store sits next to NYC-based restaurant Fig + Olive and across the street from Marc Jacobs’ ever-popular boutique, BookMarc. And with a string of female fronted stores on the block–everyone from Isabel Marant and Vivienne Westwood to Irene Neuwirth and Rebecca Minkoff, Comey’s store is in great company.

Featuring high ceilings and exposed wood, the newest store mimics Comey’s only other brick and mortar store, which opened in New York in 2014. Comey tapped creative director Sean Carmody, architect Elizabeth Roberts, designer Charles de Lisle and LA-based architect and Linda Taalman to design the West Coast shop. Most of them also helped with the design of her Manhattan outpost.

The eponymous label, which emerged in downtown Manhattan in response to the early arts scene of the 2000s, was originally only for men. After earning recognition at the 2001 Whitney Biennial and growing out of the menswear-only feat, Comey launched her womenswear collection in 2004.

Known for her custom textiles, modern silhouettes and ever-so-coveted “it girl” clog, Comey has David Bowie to thank for her growing popularity. Before she officially launched her label in 2001, the late singer wore one of her shirts on Letterman and catapulted her into the spotlight. Inspired by vintage designs, much of her current creations are made for an edgier, downtown cool-kid crowd. Marked by a rigid romanticism, Comey is also known for her wide legged denim pants, which have a cultish following.

Though she is opening her new store on the West Coast, Comey can still call ultimate New Yorkers Maggie Gyllenhaal and Girls star Zosia Mamet fans. And with the opening in Melrose, Comey and her fans can bask in the California glory that is Geoffrey Zakarian’s new restaurant Georgie or attend downtown LA’s newest Monkey Town food and arts theater. Brooklynites and Los Angelenos rejoice! 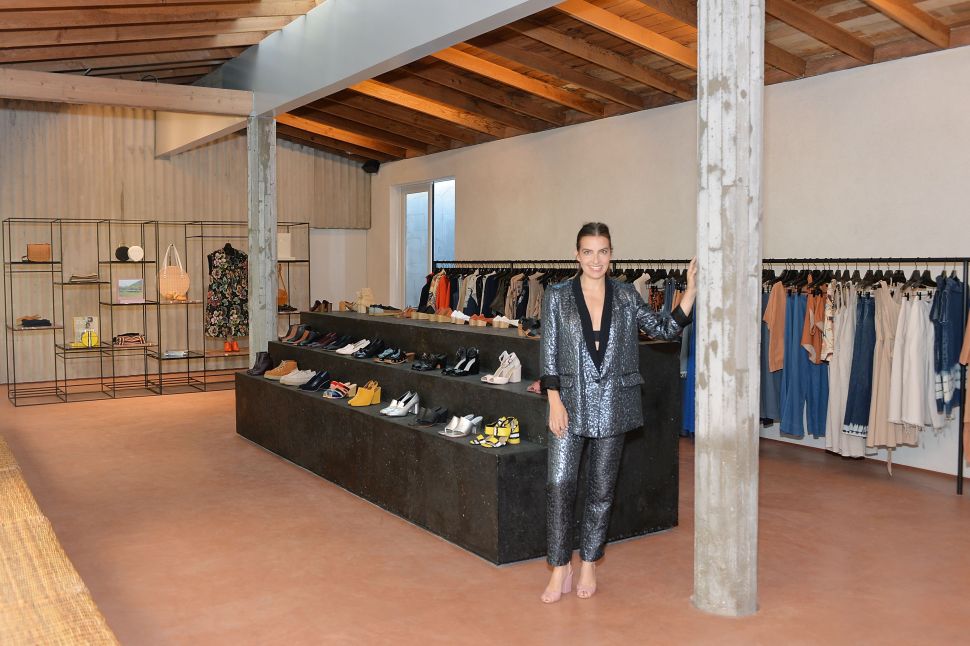