Like many reporters at the scene of Sunday morning’s gun massacre of 49 people in a gay bar, Lemon seems exhausted and horrified by what he’s seen and heard and he finally snapped.

Lemon read a report that accused Trump of lying about Hillary Clinton’s position on guns. He showed a clip of Trump saying the Democratic candidate “wants to destroy the Second Amendment.”

“The media’s trying desperately to make this about guns,” she said.

LEMON: “No, the media’s not trying to make this about guns.”

McENANY: “Yes they are.”

Lemon was standing and his upper body on camera shook as he spoke harshly to McEnany, concluding a long scolding with “You should not come on national television and say it’s true when it’s not.”

Only then did McEnany get a chance to score a counter-punch with a half-truth.

“Trump is the one candidate who has budged on this,” she said, noting that Trump might support a law forbidding persons on a terror watch list to buy guns, especially assault rifles so popular in massacres like that in Orlando.

She neglected to say that Clinton calls for even stricter measures and does not need to “budge.”

But McEnany quickly ceded her advantage by adding “By ignoring Islamic extremism, this will happen again.”

“No one is ignoring extremism,” he said. “Our whole show has been about Islamic extremism.”

This was but one of dozens of riveting moments on the three cable news channels since the grisly human slaughter that may finally push dramatic change upon the laws and gun culture of the United States.

An unexpected straw in the wind came from Gretchen Carlson of Fox News who offered a strong, progressive opinion Tuesday on her right-wing network.

“The assault weapon ban in this country should be re-instated,” she said, in comments she repeated on Wednesday. “Maybe it’s time for more of us to start getting real, to try to come together and actually get things done.”

She noted that the assault weapons ban expired in 2004 and that polls show the public hoping for gun safety legislation.

“I just couldn’t stand by and do nothing,” Murphy told Maddow. “I’m sort of amazed at how it turned out.”

He said he expected the Senate to vote on the gun-show loophole negating background checks and the possibility of not selling weapons to people who have been on a terrorist list or currently occupy one.

So far, no one has proposed banning assault weapons and anything the Senate passes must also pass the House of Representatives before reaching the President.

“Republican Senators will think twice about voting with the NRA (National Rifle Association) when 90 percent of their constituents want them to vote a different way,” Murphy said. The NRA has endorsed Trump, who now says he wishes to speak with the powerful gun lobby about gun-safety legislation.

Maddow noted that Bill O’Reilly of Fox also expressed thoughts similar to those of Carlson.

Showing their still pictures together, Maddow said: “When they start voicing concerns about the availability of assault rifles on Fox News . . . that has to be a little unsettling to Republican elected officials.”

This story offers plenty to go around for everyone.

‘I hear people say ‘Cars kills people, we don’t ban cars.” The purpose of a car is not to kill people.

Yes, the killer was a religious extremist and swore allegiance to ISIS. Yes, he had easy access to a weapon of war. Yes, it was a hate crime against LGBT people, perhaps by a man who loathed himself for his homosexual inclinations. Yes, the FBI missed obvious clues, like the phone call from the gun shop where he tried to buy body armor and lots of bullets. Yes, the man—according to his ex-wife and a former co-worker—was hateful, violent and mentally unbalanced, perhaps a classic homicidal maniac in the making.

And then there are the loved ones left behind to grieve.

One is Christine Leinonen, whose son, Christopher, was among the slain. She met President Obama Thursday when he visited the survivors, the families and the first responders. In the evening, she appeared on Anderson Cooper’s AC-360.

“I hugged him and I cried on his shoulder,” Leinonen told Cooper when asked about the President. “He apologized for the lack of progress.

She has been a striking camera presence in recent days. A middle-aged woman with a few strands of silver highlighting her light-brown hair, she wears dark-rimmed glasses and her face, even when talking, falls easily into a natural smile. She has a ruddy complexion and rosy cheeks.

When she speaks, there is no self-pity but lots of logic.

“The ability to ban assault weapons is there,” she told Cooper. “I hear people say ‘Cars kills people, we don’t ban cars.’”

She pointed out that the purpose of a car is not to kill people, unlike an assault rifle.

“We don’t have a purpose for an assault weapon except for at war,” she said. “And now are we at war? Are we willing to let our children be massacred?”

Her son’s boyfriend was named Juan. He, too, died. She attended his funeral Thursday. As the interview continued, Leinonen brightened when speaking of an imaginative idea.

If she can work it out with the other mother—who speaks only Spanish—she’d like to combine some of the ashes of each man so that they can be together, as she put it, “for eternity.”

At this point, Cooper reached out to her and pulled her near. They hugged, the side of her head on his chest, her facial expression a mixture of grief and a peculiar kind of peace. 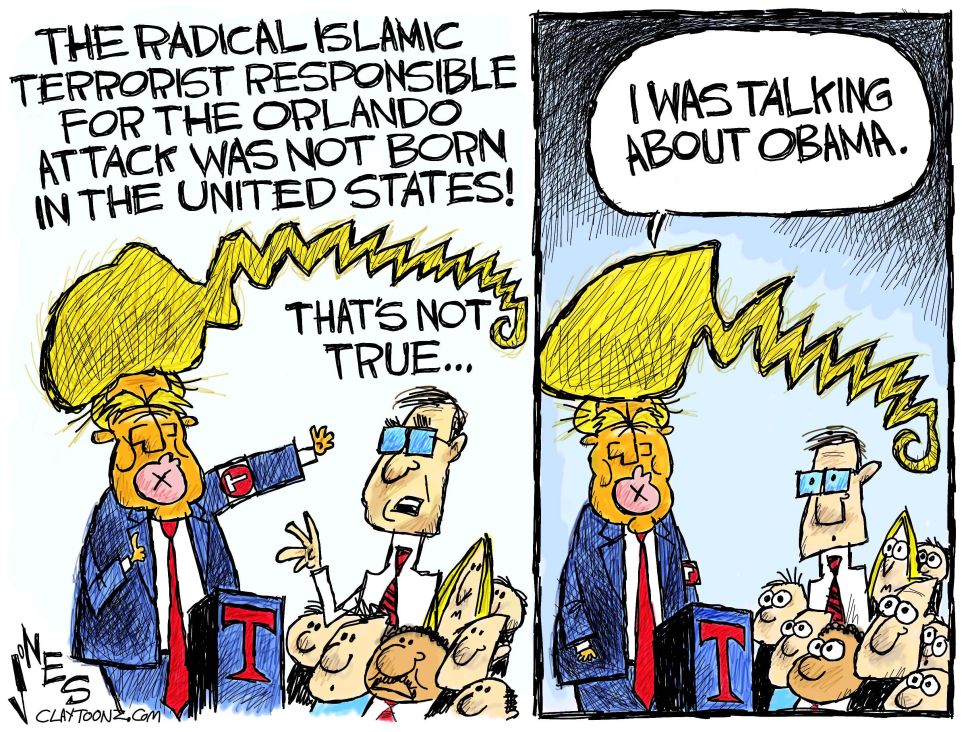