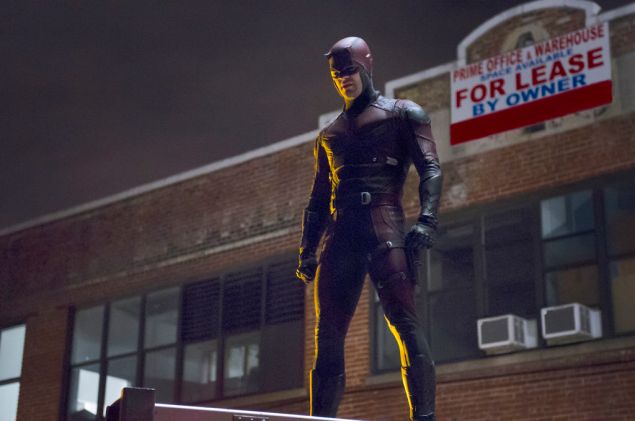 God, can you imagine getting brunch with Netflix? The network refuses to ever talk about it’s own issues–“Oh, my exact ratings numbers? You wouldn’t be interested in those. Way better than HBO, though”–but you? Oh, it’ll analyze you whether you like it or not. Netflix knows you spent Saturday bingeing The Fall for 6 straight hours, and it’s telling the whole restaurant including the waiter, who you kind of got the feeling was unimpressed with you to begin with.

Okay, not bingeing The Fall, but “devouring” The Fall. Based on data pulled from more than 100 original and second-run shows, the streaming service calculated which series viewers are flying through, and which shows they choose to “savor.” The results, as they say around here, will shock you (mostly because they don’t mean anything). 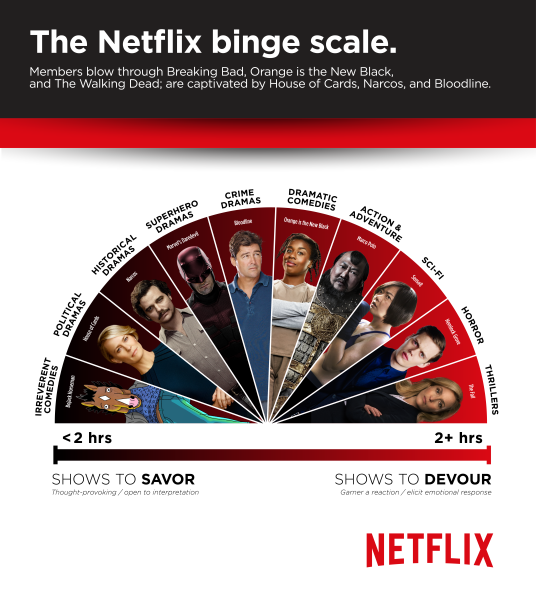 Netflix found that viewers typically taking their sweet time getting through “Irreverent Comedies”–like Bojack Horsemen and Unbreakable Kimmy Schmidt–and Political, Historic, and Superhero Dramas–like Narcos or House of Cards. On the other side of the scale, audiences eat up Sci-Fi (Sense8), Horror (Hemlock Grove) and Thrillers (Breaking Bad) like it’s their job.

Unfortunately, the process is a bit weird, especially because Netflix–who at this point during hypothetical brunch is clearly too buzzed and making inappropriate passes at Hulu one table over–left out some info. We’re not sure what affect lumping Kimmy Schmidt‘s 10 half-hour episodes with, say, House of Cards‘ 13 full hours has on the study. Or why Arrow was left out of “Superhero Dramas” and put into “Action & Adventure” along with Marco Polo, which is somehow not a “Historical Drama” like Narcos.

So yeah, the Binge Scale really just confirms that Netflix allows us to set the pace at which we waste away our lives, which is fun. Unless you read between the lines, which provides some interesting nuggets: 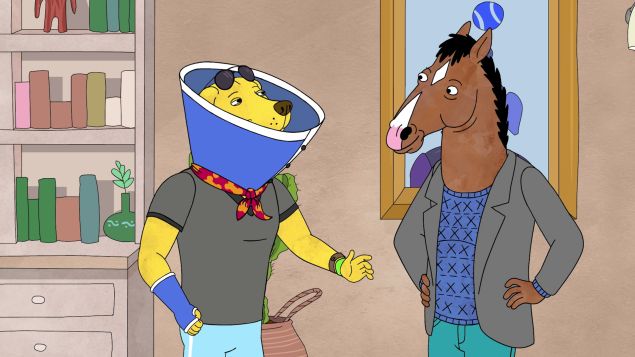 Netflix might not understand it’s Irreverent Comedies. The release provided with the study frames Bojack Horsemen‘s position as “most savored,” and the placement of some its half-hour comedies in general, as a surprise. By explanation the release hypothesizes “The series are densely packed with jokes and sometimes you need time to process every single one.”

Anyone that’s seen Bojack Horsemen knows it’s funny, yes, processed it, but it’s not just the jokes that take time to understand. It’s also your life, man. It’s only a surprise that a cartoon populated with talking animals is Netflix’s most savored show if you don’t take into account the fact that Bojack Horsemen is also the most sobering, meditative look at depression, self-worth, and toxic celebrity culture in a long time. Yeah, take a moment after each episode to gather those feelings. Then take roughly 4 to 6 hours coming to terms with the fact the most existential moment of your life came courtesy of a talking horse and a labrador retriever with the voice of Paul F. Tompkins. 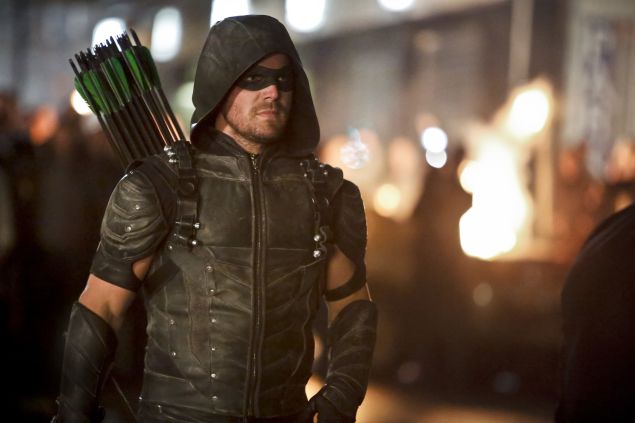 Arrow is either the most or least popular comic book show on Netflix. Oh man, the Binge Scale thought it was so slick just casually placing CW’s Arrow into Action & Adventure, as if no one would notice every single other comic book show is over in one category. Is Netflix’s data department throwing shade at Oliver Queen for not actually having superpowers? That…would be great, and I’d support it.

But most likely the answer is that people simply watch Arrow at a much faster pace than Daredevil, Jessica Jones, Gotham, and The Flash. Once again, thanks to a lack of concrete ratings there’s no way to tell if this is a positive or negative, and we must wade into the land of opinions. Does faster = better? Should a series aim for audiences to stick around longer, or dive from episode to episode? Marvel’s streaming offerings are heavy, dark, dense things to wade through, so that makes sense. But The Flash is quite appropriately the breeziest superhero show out there, and practically made to be watched back to back. Is there any chance, at all, the data is skewed by the fact that I leave the King Shark episode of The Flash playing on a constant loop in my home 24 hours a day? 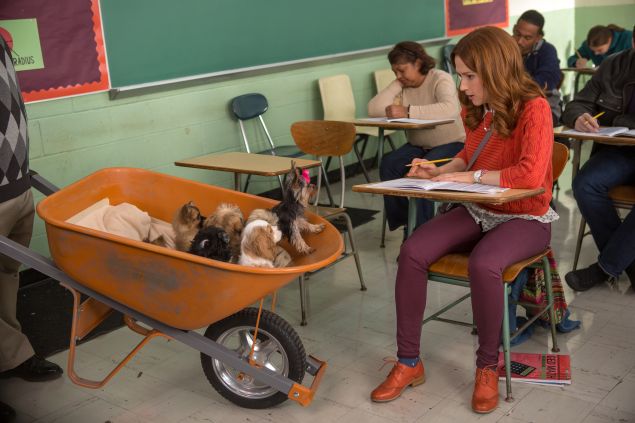 Not a single person watches TV the same way. Bojack‘s placement on this graph I understand. But try as Netflix might to explain it away, I simply can’t understand how Unbreakable Kimmy Schmidt landed on the savor side. That show can be consumed at such a rapid, unhealthy pace I’m pretty sure it’s given people diabetes.  someone told me it took them more than two days to finish a season of Kimmy Schmidt I’d assume they were joking, and then it’d take me a full day to process that joke therefore tipping the balance of my own personal Binge Scale.

And that’s the real takeaway from the Binge Scale. I know people who still haven’t finished Breaking Bad. I also know people who rocketed through House of Cards in a single day. Forget data. In this wonky-ass, ever-changing era of TV we’re living through there is no right way to watch TV, just a whole lot of TV to watch. And that’s kind of a beautiful thing. 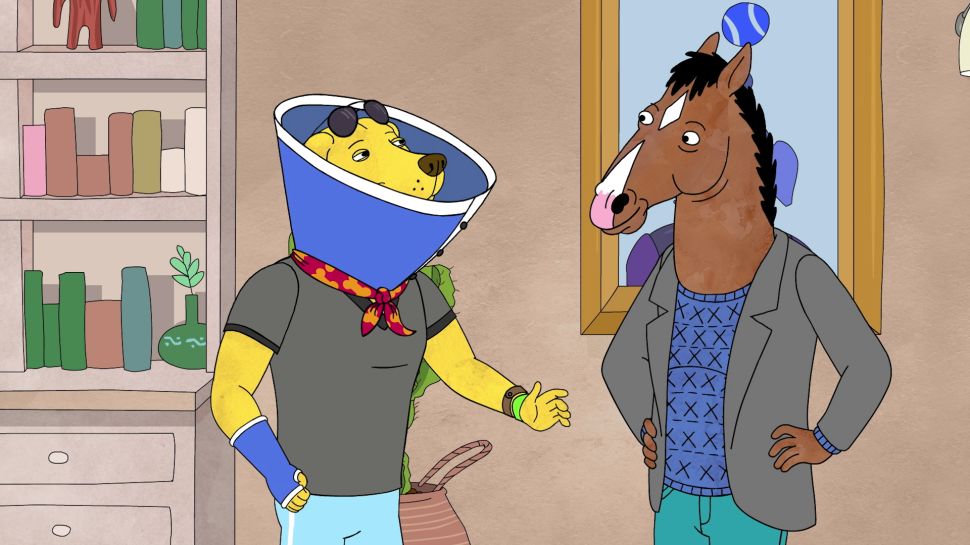