The ocean has its mysteries, and one surrounding what is perhaps the most feared animal on Earth is more important than we realize. We’re talking about great white sharks and the fact that we know little about where they live and travel.

“We lose 200,000 sharks a day, about 100 million a year,” Chris Fischer, the founding chairman and expedition leader for OCEARCH, a nonprofit organization for marine science and shark research, told the Observer. “Sharks are the balance keepers of our oceans. If we lose our sharks, there won’t be enough fish to eat and we will lose our oceans, and thus the planet.”

He expanded on the real great white shark problem. No, not shark attacks—but the fact that we don’t have the fundamental data needed to understand their migratory patterns. We don’t know where and when they travel or where they mate and give birth.  “Those are the areas we need to protect so the ocean is in balance and fish thrive,” he said.

OCEARCH launches expeditions to tag and research great whites, and so far it’s donated 24 expeditions to 113 researchers from 59 national and international institutions. While this may seem like a lot, it’s just the beginning. And while little is currently known, these researchers have gained insight as to a probable location for mating and giving birth: Long Island.

“We’ve tagged five great whites on the east coast of the US, and based on some of their migratory patterns, we suspect Long Island, New York may be a birthing site,” Fischer said.

So now, OCEARCH is looking to launch its next expedition off the Long Island coast. To do this, the nonprofit has turned to Kickstarter to raise the $150,000 needed to do so. So far, the campaign has raised over $30,000. This is the first time the organization has attempted to crowdfund an exploration. Usually, OCEARCH raises funds through partnerships, but the team decided to open up funding since the data collected is open source.

“We wanted to involve our supporters, our community in this process so we can continue to serve the science communities and future generations while democratizing the ocean space,” Fischer said.

Since protecting great white sharks in their nursery is the most important thing to do to increase their abundance in the future, the team hopes to tag juvenile sharks to help them pin down that area. This will be OCEARCH’s first time researching in New York waters.

“Not only will this expedition benefit New York in terms of helping change the perception of sharks from that of fear to one of curiosity and fascination, but it will allow the rest of the world to follow along on the Global Shark Tracker and learn about sharks at the same time as our scientists,” Fischer said. “The data coming from these sharks will help us understand the ecosystem off NY and manage the area toward a balanced abundant future.” 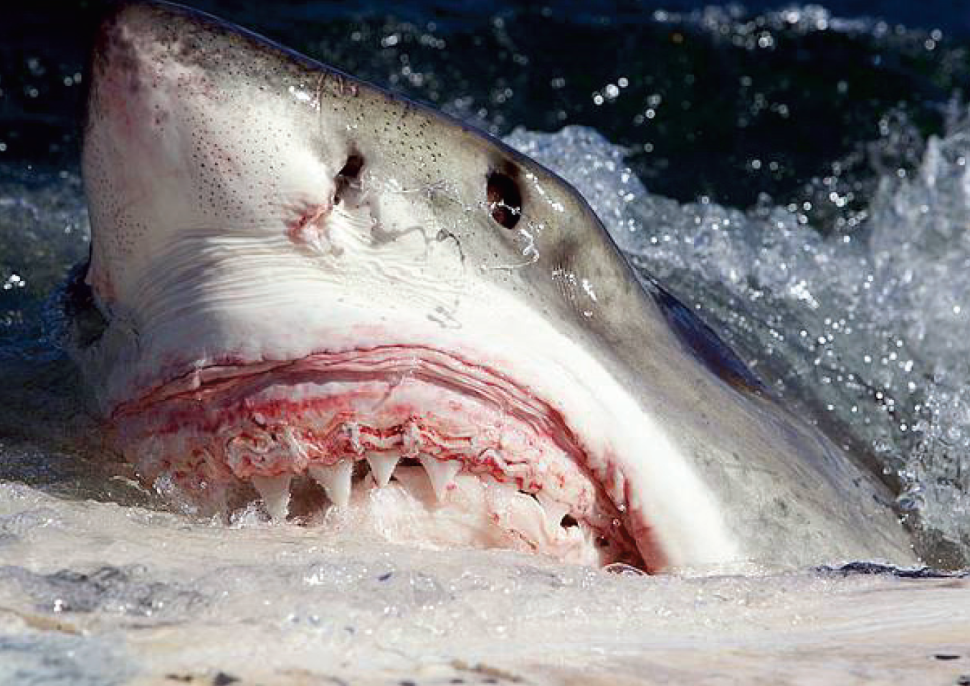