Usually one FSO (or at most a handful) sign a dissent cable. 51 is an unprecedented number of government line officers signing a dissident document which—Obama Administration denials to the contrary—could put their careers at risk.

The Dissent 51 FSOs demonstrate that America still has federal employees who will risk their careers to express profound professional disagreement with what they believe are major policy errors which damage U.S. interests, in this case long term U.S. security interests in the Middle East and Europe.

This is good news.

The Dissent 51 cable, however, also exposes a severe and now embedded morale problem within the State Department. One solo signee per dissent cable seems to be the usual case, with a rare duo or trio. 51 shows that senior State Department officials and the White House have vehemently ignored their own staff experts. Now the experts are exasperated. The exasperation may have begun as personal exasperation but it is now institutional exasperation—which is why I describe the morale problem as embedded.

So far the comparatively scanty mainstream media coverage of the Dissent 51 has tended to frame their dissent cable as a response to conscience. It is an act of conscience, certainly, but the “response to conscience” frame allows pro-Obama propagandists to dismiss the dissent cable as subjective and emotionally based. It is not. The Dissent 51 professional diplomats are attempting to correct serious policy errors which, if not corrected, will have disastrous long term consequences.

Now trolley forward to the FBI’s looming decision regarding Hillary Clinton’s national security crimes related to her mishandling of classified national security. (And yes, the FBI investigation is criminal, despite Clinton insistently describing it with the euphemism “inquiry.” For substantiation, see the article at the link.)

She has assured us there will be no criminal indictment, but then since this scandal broke in March 2015 she has made many provably false statements. (For documentation, refer to the State Department Office of the Inspector General’s report.)

Here at the Observer, John Schindler (a former intelligence officer) and I both believe American adversaries and enemies accessed Clinton’s server system and obtained classified information.

Clinton’s email server system was at best poorly secured. Today a hacker identified as Guccifer 2.0 released documents allegedly stolen from the Democratic National Committee’s server system, which we are led to believe was well-secured. The documents at Guccifer’s website contain guidance for handling questions about Clinton’s emails and her actions on behalf of the Clinton Foundation. As The Examiner notes, “the DNC has not yet confirmed or denied the authenticity of the leaked documents.” Fair enough. However, the DNC knows FBI’s criminal investigation is a major problem.

Yet Clinton has succeeded in evading mainstream media criticism for her crime, and in some cases received such soft velvet treatment that one could indict some of these so-called journalists as co-conspirators in her cover-up.

Which leads to this rebellion scenario that President Barack Obama should contemplate with all seriousness if he is genuinely concerned about U.S. national security and his own presidential legacy.

What happens if the FBI investigation recommends a criminal indictment of Clinton and/or her senior aides, but the Obama Justice Department, led by the censorious, transcript-editing Attorney General Loretta Lynch, refuses to indict?

The professionals working in U.S. security agencies, like the CIA, FBI, NSA and the U.S. military, know that keeping secrets is absolutely necessary to successfully conducting the intelligence and security operations that protect American security. As I noted in an essay published May 27, former intelligence officer Bill Johnson suspects Ms. Clinton’s “loose” communication security operations comprised at least one  counter-terror operation.

I speak to this from personal experience. In that same essay I wrote:

I’ll wager a that far more than 51 of the professionals currently working in the security services agree with that—thousands more. The laws exist for a reason. The long term consequences of failing to prosecute violators of the laws protecting classified national security information are profound.

Clinton’s national security crime has affected the morale of the American public—morale expressed as trust in the American system. Even CNN has noticed.

Go to question Q22. 66 percent of the people surveyed believe Clinton did something wrong. Well, she did. By the way, 30 percent of the people in the survey described themselves as Democrats, 23 percent Republicans. Pre-election polls tend to be unreliable. However, two out of three Americans think Clinton did something wrong. Will there be a poll asking Americans if Clinton is above the law?

“Mid-level” professionals in the CIA, FBI, NSA and the military know they are not above the law.

So what do these CIA, FBI, NSA and U.S. military “mid-level” professionals do if the FBI finds evidence of a crime and there is no indictment?

Massive leaks of ignored but incriminating evidence is a probability, a strong probability. If that happens, Clinton, her campaign and her mainstream media propagandists will face one of the greatest political damage control challenges in the history of U.S. presidential campaigns. White House? She ought to be in the Big House.

Mass resignation is a possibility, though I think far less likely. I suspect resignations and early retirements, however, will occur over time, as professionals give up. We will not witness the sensational drama of a mass “we quit.”

President Obama’s historical legacy will suffer. It will take time but it will happen.

But here’s the corrosive bottom line: U.S. national security will suffer severe self-inflicted damage. The moral insult to the men and women serving in America’s civilian and military security agencies will be even worse if the individual who so casually committed the initiating crime is elected president. 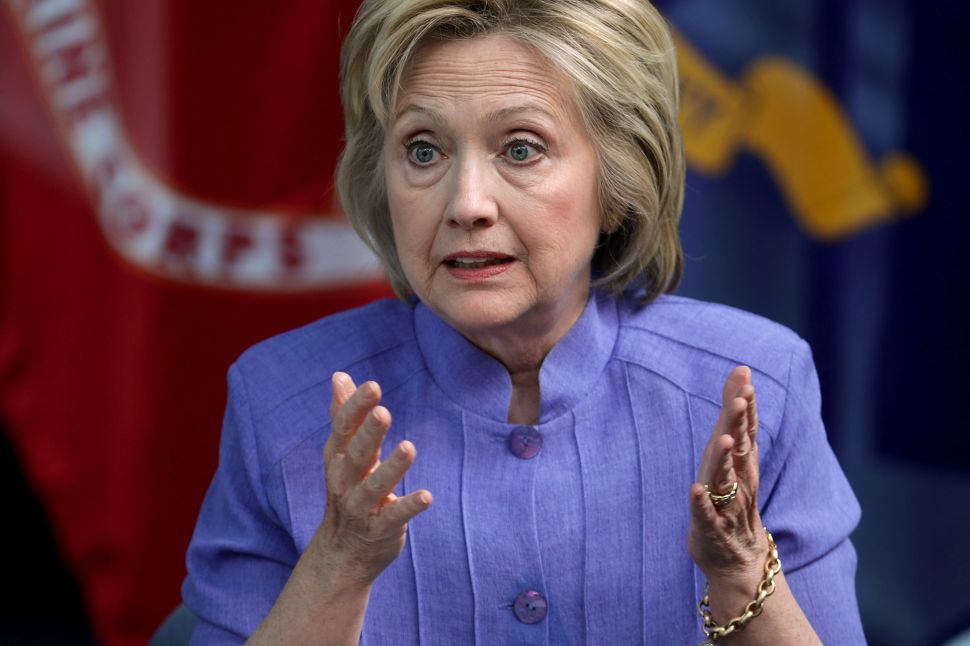