State Senator Ronald L. Rice (D-28) said he doesn’t believe Hillary Clinton should pick Vermont Senator Bernie Sanders as her running mate, and wants the presumptive nominee to take her time and not allow herself to get pressured into making a choice.

“I know she needs someone who’s progressive but at the end of the day she should not be pushed into something,” Rice told PolitickerNJ. “Bernie Sanders has a base, but contrary to what people say, I believe there are some in a general election who won’t buy into his socialistic perspective.He’s energized and he does fill some voids. We need someone who can talk to millennials.”

But Sanders can get something in a Clinton cabinet without actually joining the ticket, argued Rice, a longtime Clinton backer. The veteran senator endorsed Clinton over Barack Obama in the 2008 Democratic Primary.

For Rice, the contest will come down to Trump’s personal attacks versus Clinton on the substance of issues. The senator said he doesn’t believe the Republican’s initial failure to condemn a white supremacist will play a large part in the election’s outcome.

“I don’t think it’s a big factor,” he said. “It should be a big factor but the key is gong to be how focused both candidates are on the issues. Trump’s going to do a speech to attack the Clintons. But Hillary, who is experienced and has relationships around the world, will prevail because of her stances on the issues. If he punches, she will punch back. I’m old school. Someone punches, punch back twice. But punch back with the issues.” 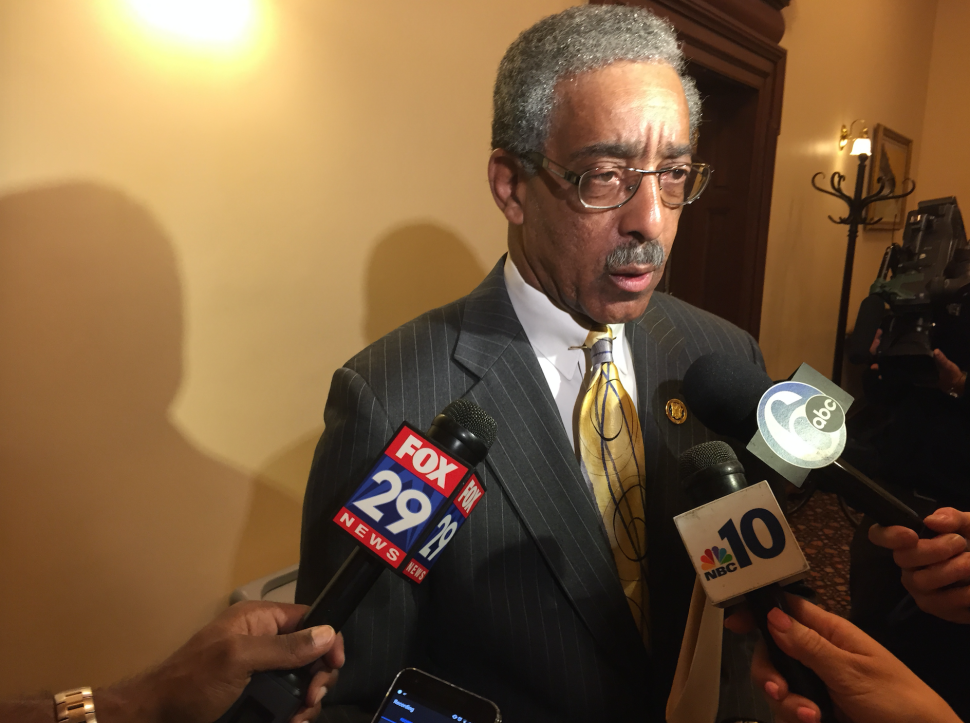