COLLINGSWOOD — With New Jersey voters going to the primary polls just hours after the Associated Press declared the Democratic race effectively over, Bernie Sanders supporters are questioning the AP’s decision to call the race on the eve of the New Jersey and California primaries.

Though the agency reports that Clinton has the support of the 2,383 delegates she needs to clinch the nomination, Sanders’ New Jersey campaign chairman told PolitickerNJ he believes superdelegates may still flock to Sanders before the Democratic National Convention in July.

Assembylman John Wisniewski (D-19), who is staking his own progressive cachet in the 2017 gubernatorial election on his chairmanship of the Sanders campaign, called the AP’s reported delegate count a matter of opinion. Speaking by phone from Sayreville, Wisniewski is hosting a reception for Sanders supporters in Old Bridge later tonight.

“The AP has offered an opinion. They’re not reporting fact,” Wisniewski said. “They’re ignoring the fact that when the primary season is over, neither major candidate for the Democratic nomination will have enough elected Democrats to put them over the top. And so it will be up to the super delegates to make that decision.

“They can make their decision any time up until the vote in Philadelphia.”

At their headquarters in the deep-blue Philadelphia suburb of Collingswood, Sanders staffers said they are undaunted by the AP story and its timing. Volunteer numbers, organizer Jonathan Taylor said, have actually been higher than anticipated.

“If anything I think it would end up lowering turnout from Hillary Clinton supporters, just because they’ll be more likely to think she’s already got the nomination in the bag,” Taylor said. “Our supporters have been very angry at the AP’s announcement, thinking it’s a little premature.”

Sanders’ New Jersey staff are forging ahead with Phone banking, targeted text messages and in-person canvassing in Camden, Gloucester, Audobon. Though the campaign’s in-person presence is focused on South Jersey, Taylor said calls and texts ranging across the whole length of the state.

“It’s about even across the entire state,” Taylor said of Sanders’ support. “I think we’ll probably do better in South Jersey than North Jersey. But we’re focused on every part of the state.

“Whoever we reach, even if they don’t support us, you know, it’s really important that everyone just votes.” 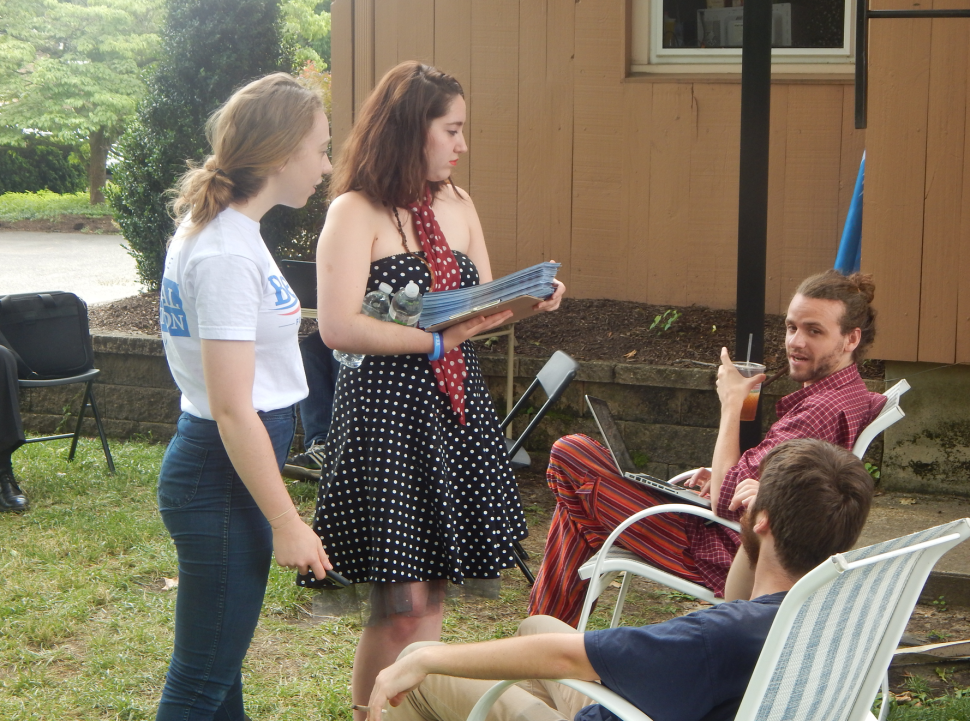