A day after he blocked the sale of two nursing homes to the Allure Group, Attorney General Eric Schneiderman today called the company at the center of the Rivington House scandal “unscrupulous” and said he would not accept “loose promises” to keep healthcare facilities running.

“The way that these deals have been structured, it provides far too much latitude for an unscrupulous player—which I believe Allure has demonstrated themselves to be—to take healthcare facilities and turn them into luxury condos, and we’re not going to let that happen again,” Mr. Schneiderman told reporters after a press conference on affordable housing.

Allure Group is at the center of the controversy surrounding the sale of Rivington House, a former AIDS hospice on the Lower East Side that Allure Group purchased. The company paid the the city just over $16 million to remove a deed restriction on the property—and then sold it to luxury condo developers for a profit of about $72 million. Mayor Bill de Blasio has insisted that Allure Group “misled” city officials by saying the property would remain a nursing home, though a for-profit one, even after the deed restriction was lifted.

Mr. Schneiderman’s office is one of several law enforcement agencies currently investigating the sale of Rivington House. He declined to comment on that investigation, but in his letter yesterday blocking the Allure Group’s purchase of two other nursing homes, in Harlem and Brooklyn, and in his comments today he, too, accused the company of breaking “promises” and failing “to honor their commitments” in prior sales.

“We’re going to ensure that the law is followed and that we don’t rely on empty promises from actors who have proven to have broken their promises before,” Mr. Schneiderman said.

Mr. Schneiderman said his office is the “primary regulator” of not-for-profit corporations and had to ensure that their purposes were upheld.

“If the charities purpose is to provide healthcare, then we have to make sure that happens. And the way that these deals have been structured, it provides far too much latitude for an unscrupulous player—which I believe Allure has demonstrated themselves to be—to take healthcare facilities and turn them into luxury condos and we’re not going to let that happen again,” Mr. Schneiderman said.

Asked whether the companies ought to be held to prior promises in writing, the attorney general said tighter language would be needed.

“There are different kinds of writings. There are writings that say, ‘We are committed to doing X,’ that may or may not be a legally binding requirement,” Mr. Schneiderman said. “So this is going to require a lot tighter language in any deal going forward.”

An attorney for Allure Group did not immediately respond to a request for comment. 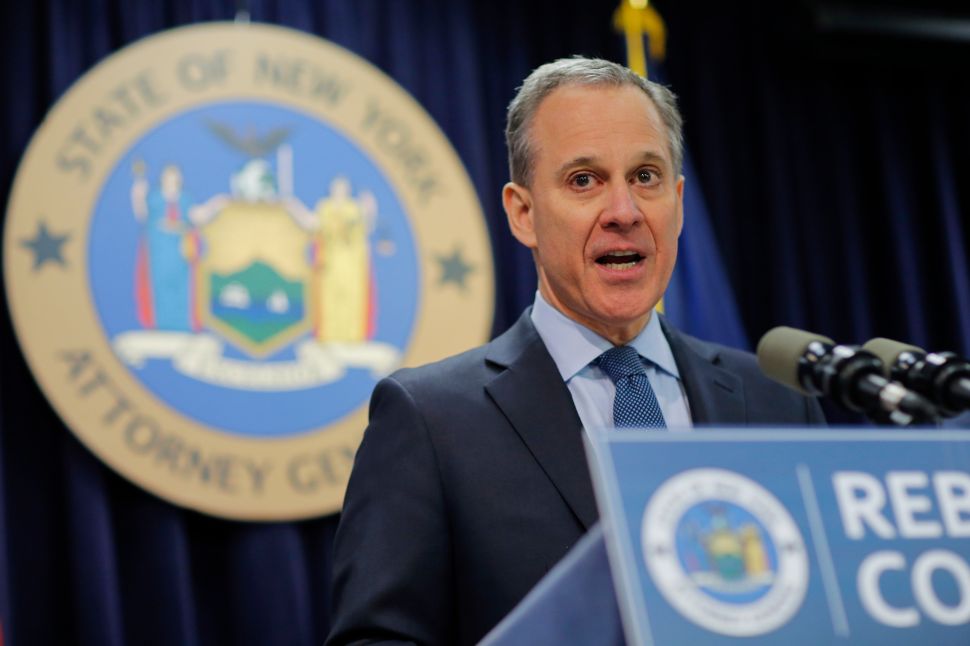