When Fleet Week ended, and the last Navy ship sailed out of the harbor, its rails were lined with sailors and Marines in solemn salute to those who served before them. One capital ship remained on station a bit longer. That was the Coast Guard cutter Forward, a 270-foot ship normally based in Virginia. Its extra bit of vigilance is typical of the quietest service, and we were privileged to go aboard the vessel this past week and talk with the crew.

We have been thinking about the Coast Guard recently, not just because the boating season is upon us—and the rescue capabilities of the service will inevitably be in the news—rather, because its missions, competence and drastic under-funding are woefully misunderstood by citizens and congressional leaders alike.

New York used to be a Coast Guard town.

Importantly, as its ships aged and its training-and-operations budgets got squeezed, its missions did not evaporate. Just the opposite occurred, particularly after 9-11, when the security of New York harbor became ever more salient. The attacks on the World Trade Center, the Pentagon and in a Pennsylvania field—orchestrated through lax security at our airports—underscored the risk to America through its ports.

Today, the Coast Guard’s vigilance in New York harbor is apparent but even more tightly constrained. The Coast Guard is no longer part of the Treasury Department—where Alexander Hamilton established it in 1790, four years before the U.S. Navy was created—but part of the Department of Homeland Security. There is a small headquarters building in Battery Park, and a small boat station near the Staten Island-end of the Verrazano Bridge.

Talking with the crew aboard the cutter Forward—named for Walter Forward, 15th United States secretary of the Treasury—it was clear that the men and women have a very special pride in their service. While they train continuously, they are also engaged in active security operations on a daily basis. New Yorkers can see the orange 45-foot fastboats accompanying the Staten Island ferries as they ply the waters in the Upper New York Bay. We are less aware of the thousands of boardings of tankers, container ships and freighters that take place every year. There were more than 212,000 vessels screened in 2014 alone, and 623 boardings of high-interest vessels designated as posing a greater-than-normal risk to the United States. Plus, there were more than 25,000 freight containers actually inspected.

Recreational boating safety, commercial fishing vessel compliance, pollution control and a myriad of other essential, often unseen duties round out the Coast Guard’s responsibilities. They demand skill, intelligence, training, discipline and resourcefulness. Several of the 104 crewmembers aboard the Forward noted that the 29-year-old ship—older than most of the people aboard—had suffered a debilitating engine failure during its previous voyage. Most Navy and Coast Guard ships are designed and built to have a life expectancy of about 25 years. Remarkably, the Famous class ships are among the younger ships in the fleet; the 210-foot reliance class cutters will be 55 to 60 years old when they come off the line.

Happily, for us, the Coast Guard is filled with capable, dedicated people able to keep these vessels operational and get the job done. We salute them and thank them. The Coast Guard’s motto is Semper Paratus—Always Ready. We trust they are. We only wish Congress provided this essential service with the necessary resources to do that job. 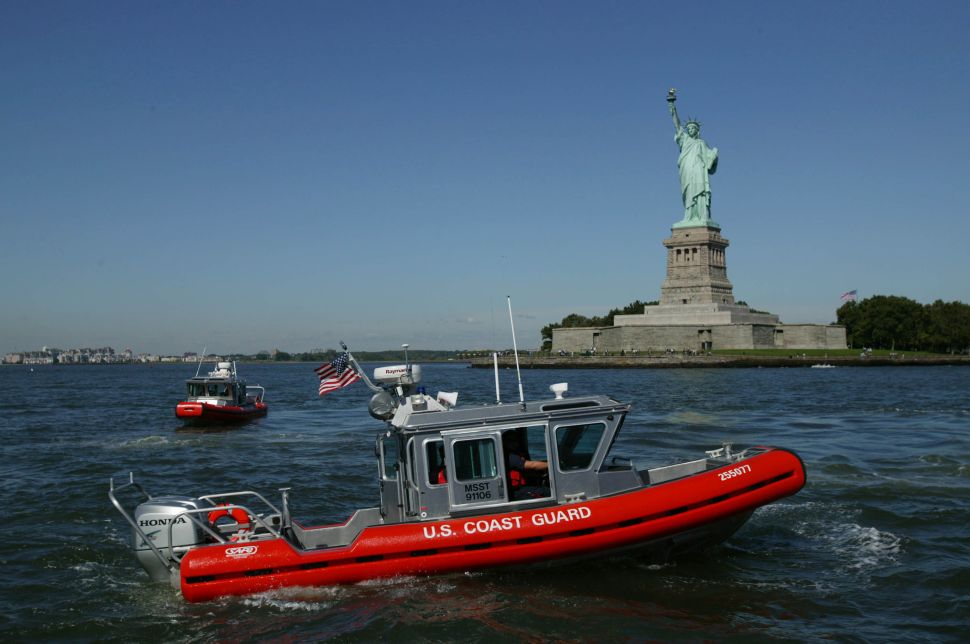