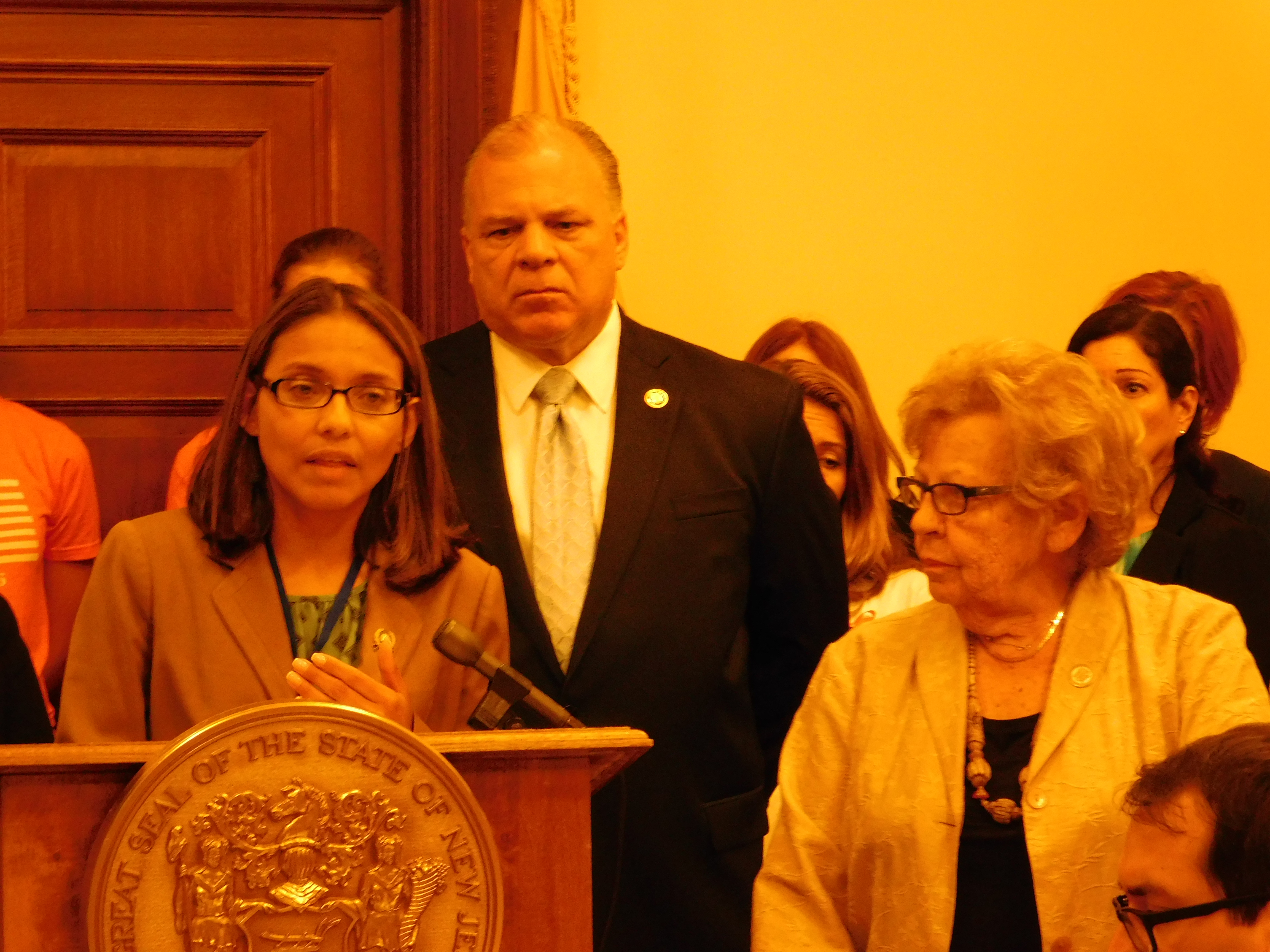 TRENTON – New Jersey Democratic legislators today announced that they would be pursuing an override of the conditional veto that Governor Chris Christie placed on S805, legislation aimed at keeping firearms out of the hands of perpetrators of domestic violence.

The announcement of the soon-to-be-pursued override was made by Senate President Steve Sweeney, Senate Majority Leader Loretta Weinberg and Assemblywoman Gabriela Mosquera. As of now, no date has been set for the override vote in the senate but legislators claim they are aiming for a vote in the coming weeks.

“It adds protection for domestic violence victims,” Weinberg said. “This really should not be a policy that is up for debate.”

Current law prohibits possession of firearms when a domestic violence restraining order is in effect on an individual. Governor Christie has twice vetoed S805, claiming that the legislation is “redundant” to current state law. A previous veto override attempt fell five votes short in December.

While Christie claims redundancy, according to the senators aiming to push to override, the legislation is important to close loopholes in the existing law and set up a framework for domestic violence abusers to turn in firearm permits and IDs. The legislation also would require law enforcement to conduct a records search of firearm ownership before a restraining order is issued and require search of domestic violence record when someone applies for a firearms purchaser ID of gun permit.

Mosquera vote a lanyard with the name of an Orlando shooting victim.

When Assemblywoman Mosquera approached the lectern to speak, she wore a green lanyard with the name “Joel Rayon Paniagua” written on it in black marker. The name references one of the victims of the recent mass shooting in Orlando. According to Mosquera, gun violence in all forms needs to be addressed and steps need to be taken to prevent violence against victims. Mosquera said she has seen the impact of domestic violence first hand.

“This is the type of home I grew up in. My mother is a survivor. Thank god she is a survivor,” Mosquera said. According to the assemblywoman, she is impassioned about this bill because it is an important step in protecting the lives of victims of domestic abuse.

While there is no date yet announced for the override vote, Sweeney said that the senate plans to work closely with the assembly in order to get it passed. He did not address whether the override had the support of Assembly Speaker Vincent Prieto as of yet. However, Sweeney cited the “changed makeup” of the assembly as a reason that the override could possibly come away a success this time.

“When we are children we are taught—at least I was taught—that you never touch a woman. If you are going to lift a hand to a woman and you have a gun in the house, that is wrong,” Sweeney said. For now, Sweeney said that he, Weinberg and Mosquera plan to actively lobby colleagues on both sides of the aisle to boost support in both houses for the gun measure.

According to Weinberg, the Governor’s initial veto stemmed from his now-halted campaign for president.

When a reporter asked Sweeney if the decision to make the announcement about the override was “capitalizing” on the Orlando shooting, the senate president appeared visibly affronted by the implication.

“It is insulting to be personally for people to say things like that,” Sweeney said. The inquiry came as the final question during the press conference where the override announcement was made. Sweeney quickly exited after making his dislike of the query known.

According to statistics cited by the legislators from a group called Everytown for Gun Safety, women are five times more likely to be killed by an intimate partner is in the home versus if a gun is not in the home. The statistics also claim that about one-third of the 269 domestic violence homicides in New Jersey from 2003-2012 involved firearms. 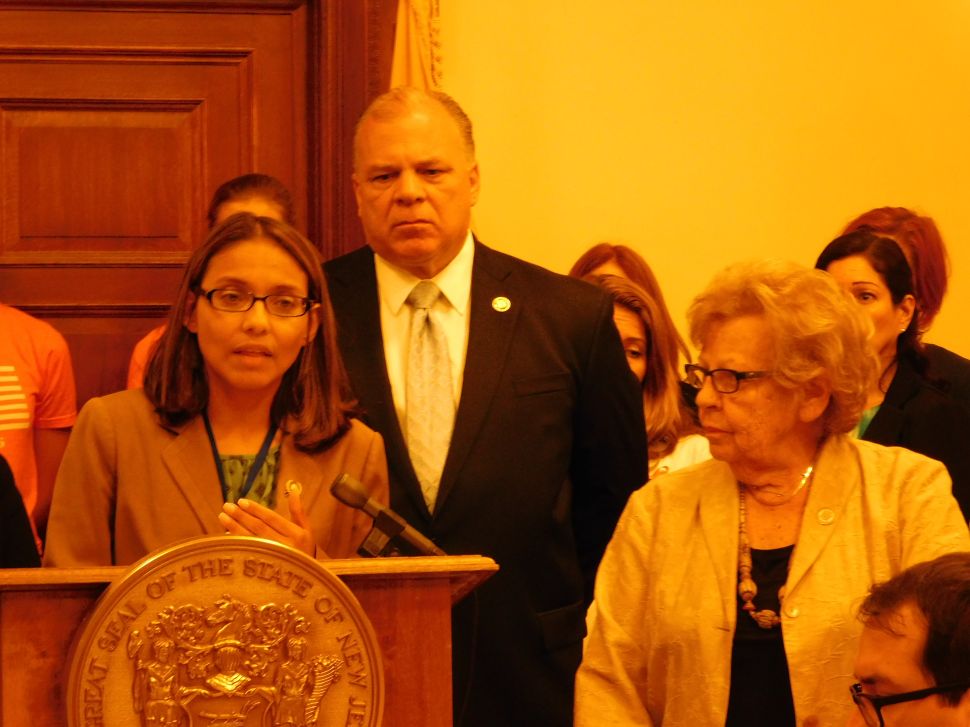