Even if Bernie Sanders ultimately endorses Hillary Clinton for president, many of his supporters, I believe, won’t follow suit.

Unlike Clinton supporters, they support Bernie because of his principled policies and his message. Clinton, on the other hand, is a candidate who changes her positions based on the political climate—blowing left for now—rather than her convictions. President Barack Obama’s recent endorsement is the latest propaganda ploy by the Democratic Party establishment to anoint Clinton as the Democratic Presidential nominee.

“I don’t think there has ever been someone so qualified to hold this office,” President Obama said in his formal endorsement video for his former secretary of state—released on June 9.

Throughout the Democratic Primaries, Clinton and her surrogates have repeatedly used similar meaningless rhetoric without properly describing exactly what those qualifications actually are. The president’s endorsement also contradicts his claims in April that he guaranteed politics would not influence the FBI/DOJ criminal investigation of Clinton’s private email server used during her service as secretary of state.

On the same day as the president’s endorsement, Sen. Elizabeth Warren gave Clinton her stamp of approval. After remaining silent throughout the Democratic primaries, she announced her support for Clinton, claiming she was ready to help defeat Donald Trump. But if Sen. Warren was truly determined to defeat Trump, she would have long ago endorsed Sen. Bernie Sanders, who polls much better against the bombastic billionaire than Clinton.

Even if Bernie Sanders ultimately endorses Hillary Clinton for president, most of his supporters won’t follow suit.

In Sen. Warren’s 2004 book, Two Income Trap, she criticized Clinton for flip-flopping when she opposed a controversial bankruptcy bill as first lady but voted for the same exact bill as senator. “As New York’s newest senator, however, it seems that Hillary Clinton could not afford such a principled position,” Sirota wrote. “The bill was essentially the same, but Hillary Rodham Clinton was not.” The two also differ in their records on trade deals: Clinton favored NAFTA and helped negotiate the Trans-Pacific Partnership Agreement; Sen. Warren has vehemently opposed both. The two also differed on the Iraq War and welfare reform in the 1990s.

In the Senate, Sen. Sanders has often worked in tandem with Sen. Warren to fight for progressive reforms—often without the help of other Democrats. For Sanders supporters, her silence during the primary battle was a betrayal of the progressive ideals she long championed. Her recent endorsement of Hillary Clinton, just days after claiming she did not believe in superdelegates, seems like away to coax Clinton to pick her as a running mate.

Several weeks ago, Sen. Warren tested out how well her attacks on presumptive Republican nominee Donald Trump would play with supporters, and the attacks have often trended on social media as a result, likely currying favor with the Clinton camp.

Sen. Warren’s endorsement allows everything she once stood for to fall by the wayside. The Wall Street crusader endorsed a candidate who still has not released transcripts of speeches Clinton delivered for big money to Goldman Sachs, a candidate who has received millions of dollars from the financial industry throughout her political career, while generally supporting of financial deregulation. For Bernie’s supporters, Sen. Warren’s endorsement is a harrowing sign of how deep corruption and hypocrisy has infiltrated the Democratic Party. 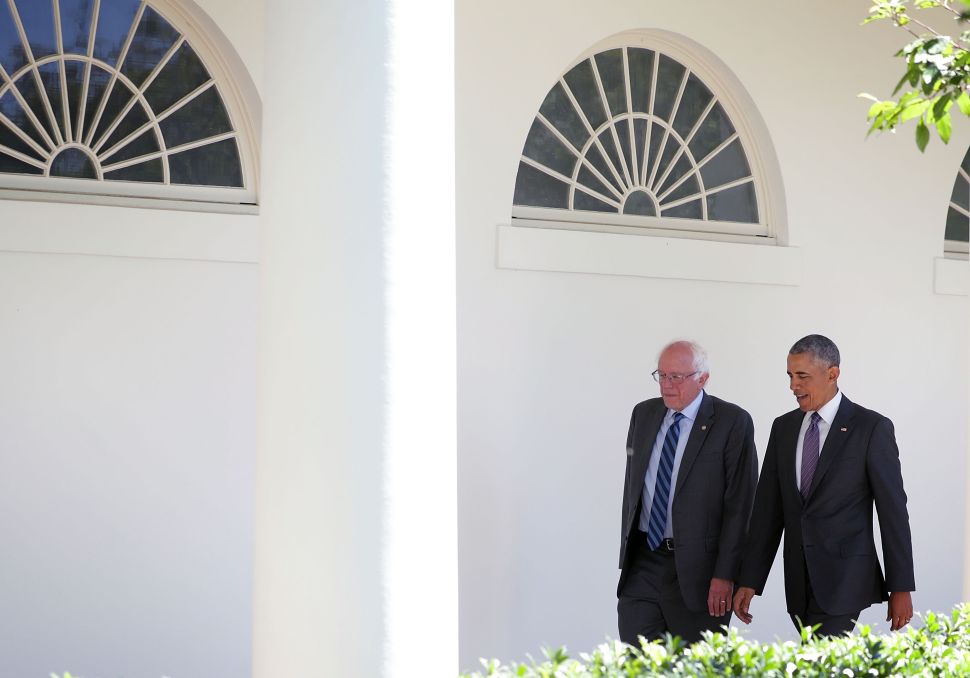