Fifty years ago this month, I traveled to the South as a participant in a summer internship program sponsored by the Law Students Civil Rights Research Council.  I was assigned to work with the iconic civil rights lawyer, Charles Morgan, Jr.  When the September 15, 1963, Birmingham, Alabama 16thStreet Baptist Church bombing killed Addie Collins, Candie Robertson, Cynthia Wesley, all age 14 years  and Denise McNair, age 11 years, Morgan burst on the national scene by declaring that the people of the City of Birmingham were, in part, responsible for allowing a climate to exist that bred such a horrific act.  All these years later, the message of collective responsibility needs to be reaffirmed loudly and clearly.

Three years after the bombing, in the summer of 1966, I underwent my initial training in Edwards, Mississippi.  There, I learned from black and white civil rights workers about the need to create opportunities for a fairer America.

My journey for justice brought me back to work with Morgan as a law student at the Southern Regional office of the ACLU in Atlanta, Georgia, the following summer and as a law graduate and staff attorney from 1968–1972.  I was able in the summers of 1966 and 67 to attend Ebenezer Baptist Church and listen to the oratorical eloquence and intelligence of the “sui generis” Martin Luther King, Jr.

It was a time of idealism and breaking down barriers.  Opening the right to vote for African Americans and young people, desegregating Southern juries and public accommodations, assisting in creating employment opportunities for racial minorities and women, protecting and expanding freedom of expression were just some of the challenges we successfully took on  during that period.

Those successes, led to other campaigns, including: women’s rights, gay rights, the environment and anti-war. America was on the march for greater fairness for all.

Where are the leaders, elected or not, who strive to unite us, to find common ground. They are rare.

Today, that dream appears to be at best, deferred and, at worst, turned into a nightmare.  So often now, the news reports that politicians are not able to work together on the national and local levels.  It is very different from half a century ago when the Democrat President Lyndon Johnson and Republican Sen. Everett Dirksen and many others were able to work together to pass historic legislation including the Civil Rights, Voting Rights and Anti-Poverty laws.

Today, we hear politicians, both literally and figuratively, boasting that they will build walls to keep Mexicans and Muslims out of America.  Have we forgotten the inscription at the base of Lady Liberty which states, in part: “give me your tired, your poor, your huddled masses yearning to breath free . . . .” Have we forgotten that America is a land of immigrants who have joined to make it the great nation it is.

Today, we hear the divisive rhetoric concerning wedge political and cultural issues such as abortion, gun control, immigration, climate control, and transgender rights bathroom policy to name just a few.  Where are the leaders, elected or not, who strive to unite us, to find common ground. They are rare.

Americans need to dream again.  It’s the same dream of Freedom, Justice, Equality and Fairness for all that I was introduced to 50 years ago.

Today, we should listen to each other and find the way to progress with the goal of realizing a fairer America.  It can be done– but it is up to all of us to make it happen. 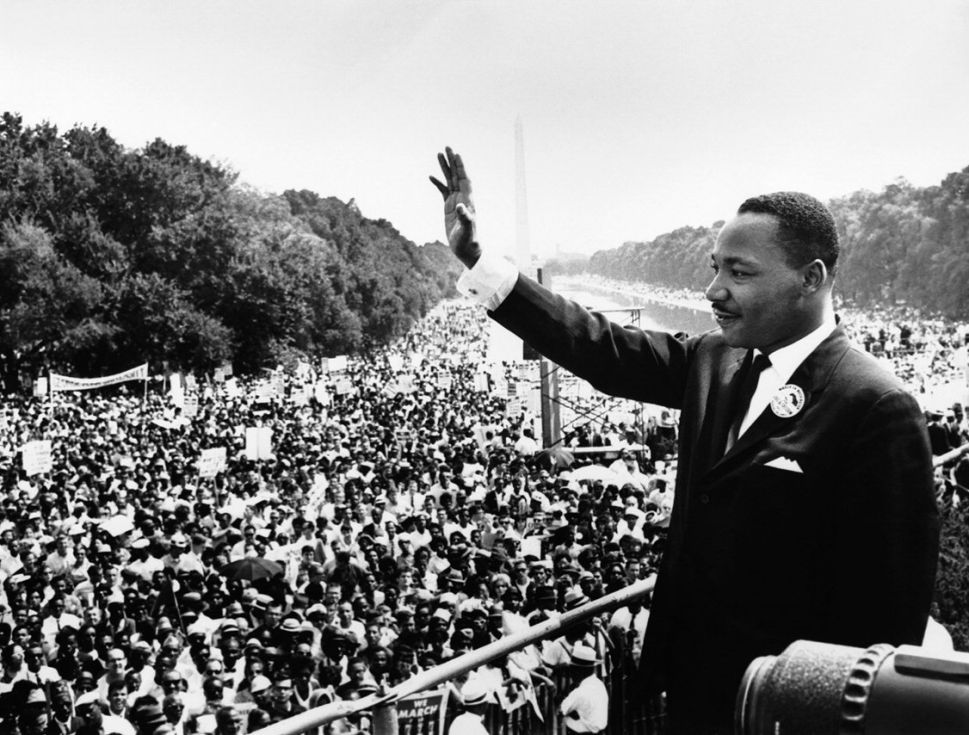