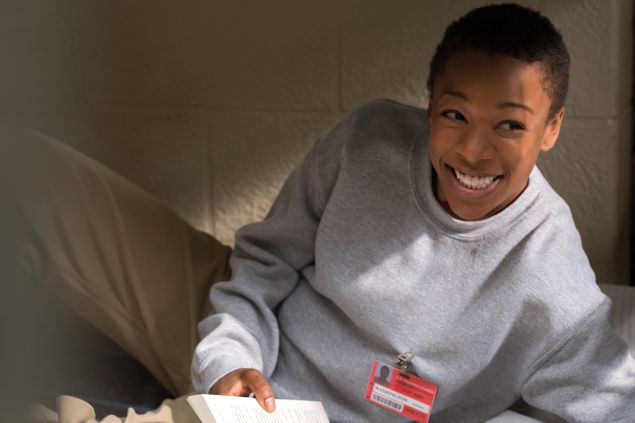 Samira Wiley in Orange is the New Black. JoJo Whilden/Netflix

TNT is two episodes in with its new show Animal Kingdom, a family crime series based on the fantastic Australian movie of the same name.

I'm loving #AnimalKingdom! They jump right into it with no backstory, and you have to work to figure it out.

It seems Pope the character is much less beloved than Pope, the Pope.

Pope is like a 5000 on the creep scale #AnimalKingdom

Get Pope some lithium. That mf is unstable. #animalkingdom

Except by this vaguely threatening individual.

Message to the writers if Pope (@ShawnHatosy) dies. #AnimalKingdom pic.twitter.com/rxR8HPFh0s

So I'm just gonna rewatch #AnimalKingdom , just to be sure, I didn't miss anyones butt.

If you're not watching Animal Kingdom on TNT you're missing out. When did TNT start showing so much naked boy butt?! #AnimalKingdom

Great kickoff to the season 😌

This man is in the kitchen naked!!!! Butt ass naked next to the bananas and the toast!! I just….okay #AnimalKingdom

He came to the kitchen butt ass naked. I wish this show was on a premium channel. Just want to know if he was packing. #AnimalKingdom

And what’s the butt count, exactly?

I do believe that is butt #4! And this is only the first two episodes😂😂 #AnimalKingdom #BadIsBred

The rest of ESPN’s OJ: Made in America aired over the course of the week, and people have been saying the miniseries just gets better and better with each episode.

I told y'all #OJMadeInAmerica was mind blowing. That opening scene was 🔥🔥🔥🔥🔥. But that last ep? Jesus Christo

I'm telling y'all: as good as this first ep is, every subsequent one is more gripping/unsettling/revealing than the last. #OJMadeInAmerica

We really are in a golden age of longform non-fiction storytelling. #OJMadeInAmerica

#OJMadeInAmerica gets better and better, y'all.

On the spectacle of it all:

"This was not a somber event…. this was one of Los Angeles' largest parties" #OJMadeInAmericahttps://t.co/9KQpqdJLnI

95M Americans watched the O.J. chase on TV. More than 150M tuned in for the verdict. U.S. population at the time was 265M. #ojmadeınamerica

The show introduced the world to Carl Douglas, a lawyer on OJ’s defense team who is quite a character.

This scene is nuts. Carl Douglas, man. They switched up all the photos. #ojmadeinamerica

Another thing about OJ: Made in America – if Carl Douglas is speaking near where I am, I'M GOING!!

We all need a Carl Douglas in our lives

Watching #OJMadeInAmerica and this gem of a picture pops up. "And you shall know them by the company they keep."

Everyone on lockdown! Orange Is the New Black has returned for Season Four, and viewers were anticipating the hell out Friday’s release.

The countdown is on!! #oitnb #netflixandchillbymyself #applewatch

In fact, folks were absolutely furious that Netflix didn’t release the season exactly on the dot of midnight.

When it's technically June 17th but #OITNB isn't on Netflix yet 😡 pic.twitter.com/xO4AyamBTc

Literally me these next 3 hours waiting for #OITNB season 4😭😭 pic.twitter.com/3Vb5Kl6Vkj

when @netflix refuses to drop #oitnb until 3AM EST pic.twitter.com/4HvO1incSi

When Netflix is making you wait 3 more hours for season 4 #oitnb pic.twitter.com/InMtdDKAZy

When #OITNB drops at 3 but you were expecting it at 12 pic.twitter.com/AyTPdRD0GM

But once they did release the episodes, nobody got any sleep.

I'm so sleepy, but I won't go to sleep early today because #OITNB is waaayyy more important right now! 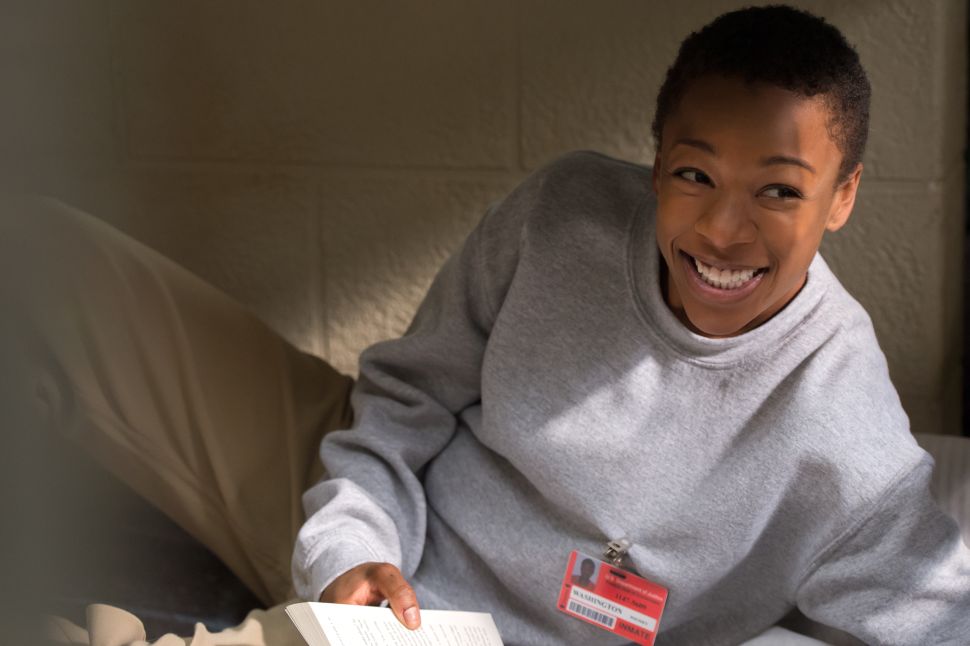