In no particular order, here are some thoughts I have about Tim Burton’s adaptation of Ransom Riggs’ Miss Peregrine’s Home for Peculiar Children, based entirely on the trailer that came out today:

– This is a perfect reminder that Tim Burton is more than just the guy who ruined Willy Wonka, Alice in Wonderland and Johnny Depp for all of us.

– Do you think it was awkward when Johnny Depp and Helena Bonham Carter showed up for the first day of work on this production, ready to work, only to be told they’d been replaced by Jemina Kirke replicant Eva Green and Samuel L. Jackson (respectively)?

– I am pretty sure I read this book, but literally drawing a blank on every single clue in this trailer, besides the phrase “time loop” and the Nazi bomb.

– Did Nazi bombs ACTUALLY have giant swastikas on them? Doesn’t them seem a little redundant? Because, right? No one is going to have time to admire your insignia if it’s on the side of a warhead.

– Well, except people in a time loop I GUESS.

– Wait, does that mean that the Miss Peregrine’s Home for Peculiar Children canon takes place in not only a time loop, but some kind of alternate reality time loop, one in which Nazis decorated their bombs with swastikas? Is this supposed to be the rumored atomic bomb that Hitler kept in a bunker?

– Sorry to nitpick, but aren’t we veering into Man in the High Castle territory with this?

– Oh god, Johnny Depp is going to have a cameo as Hitler in this film, isn’t he? He definitely is.

-This makes me wish they would speed up the production for the Iwan Rheon-as-Hitler “satire” film.

– Great, now I’m thinking about how sad I am about Ramsay Bolton again. THANKS, TIM BURTON. 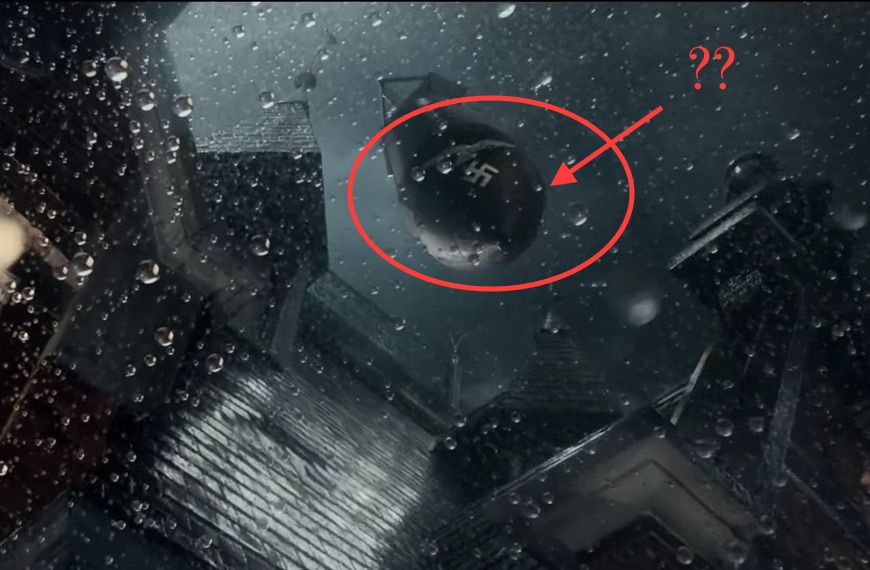