“If we all call the tune,

The the piper will lead us to reason.”

–from “Stairway to Heaven” by Led Zeppelin

The trial of Led Zeppelin for plagiarism is fascinating for all kinds of reasons. It’s a rare courtroom that offers an electronic piano or boasts Jimmy Page with a guitar. It’s not as rare as it ought to be for the money fight to be conducted by an estate rather than a living individual. If Randy Wolfe, founder of the band Spirit, minded that his music had been copied by Led Zeppelin, he could have brought the case years ago. Today’s plaintiffs have no moral argument or artistic principle at stake; all they stand to win now is cash.

What the case does highlight is how much music—and, by extension, how much intellectual property—is virtually identical. Turn on your radio at any time of the day or night and the auto-tuned vocalists are hard to distinguish. “Kim Kardashian, Heidi Montag, Michaele Salahi, Angelina Pivarnick and even the desperately unmusical Rebecca Black can pretend to have musical careers only because of AutoTune,” as I wrote in my book, A Bigger Prize: How We Can Do Better Than the Competition. “Singers like Ke$ha, Amelia Lily and Cheryl Cole don’t even try to differentiate themselves from each other.” They sound the same because they all use the same software that exists to ensure that they will sound the same.

This isn’t just the music business. How different, fundamentally, is your Samsung smartphone from your pricier iPhone? Buying a new car, are you stunned by choice or bored to tears by designs that have all been put through the same wind tunnels? Did X Factor copy America’s Got Talent or the other way around? Do the action movies that will pack cinemas this summer have any truly unique characteristics that will help you remember them—or will they all merge into one glorious CGI-infused noisy mess?

They sound the same because they all use the same software that exists to ensure that they will sound the same. This isn’t just the music business. How different, fundamentally, is your Samsung smartphone from your pricier iPhone?

Copying is all around us, from cereal boxes to detergent to software and car design. The filmmaker Kirby Ferguson figured this out well before Spirit’s estate did. His elegant and witty series (available on Vimeo) Everything’s a Mashup traced the heritage of a wide range of music, arguing that everything is really just a re-use or reimagining of something that went before. There is, he argues, really nothing you can call wildly original.

Adam Smith believed that one of the intrinsic virtues of free markets was that it motivated capitalists to keep creating new and better products for consumers. Competition is supposed to drive innovation and variety. What Smith didn’t see was that competition creates clones. Innovation is difficult, risky and requires a lot of intellectual, creative muscle. When imitation is easy, lazy and low risk, why create when you can copy?

Big pharma has taken this to heart. The world might need new antibiotics, but they’re hard to invent and harder still to make profitable. Copycat drugs are so much easier. Just make a tiny alteration and you’ve got a new patent for a market that’s already proven. Classical economists might expect that more drugs doing the same thing would bring prices down—but they don’t. Drugs described by the FDA as having “little or no therapeutic gain” enter the market at the same price as the old drug in the U.S.—and sometimes at twice the price in other markets. Studies of anti-arthritic pain relievers showed that more expensive clones were less effective and more dangerous. If you truly swear by market economics, innovation is for idiots.

So the question that the lawsuit should address (just as the FDA should): Did the maker—in this case Led Zeppelin—take something and make it better? A pretty standard A minor chord progression isn’t owned by anyone, and if Jimmy Page and his pals chose, remembered or subconsciously retained a chord progression they’d heard earlier, they’d be following in an ancient and hallowed tradition. Handel and Bach did it all the time too—but they made what they stole better.

Steve Jobs did the same thing when he lifted Xerox PARC’s user interface. T.S. Eliot did it when he packaged long quotes and called the result The Waste Land. Bob Dylan borrowed the melody for “Blowing in the Wind” from “No More Auction Block”—a spiritual he’d often sung himself. All of these men took something that was pretty good to begin with, but they radically improved it.

Somewhere between hearing “Taurus” and writing “Stairway to Heaven,” Led Zeppelin did something fresh. That something turned an average chord progression into a megahit. Sure any idiot can copy—but true artists transform. If only the A&R guys, the R&D guys, the product development guys would remember that part. The hard part. Choose well. But then add magic. 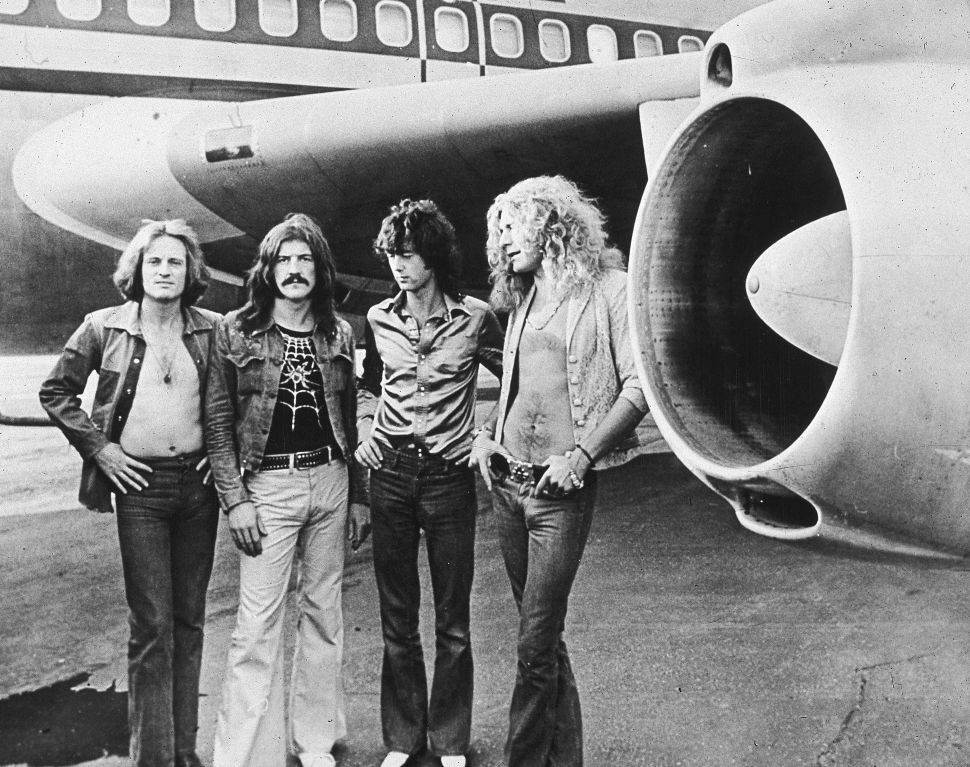