On June 27, Hillary Clinton appeared with Senator Elizabeth Warren for the first time at a rally in Cincinnati, Ohio—along with the Clinton campaign’s newest slogan, “Stronger Together.” This move is part of a wider effort within the Democratic Party, which has also employed “Unite Blue” and “Vote Blue No Matter Who,” to manipulate progressive independent voters into falling in line behind Clinton.

As Glenn Greenwald put it in his recent article on Brexit for The Intercept, “the solution is not to subserviently cling to corrupt elite institutions out of fear of the alternatives.” Yet, this is exactly what the Democratic Party is doing: marketing Clinton’s candidacy as the only solution. Greenwald added, “Corrupt elites always try to persuade people to continue to submit to their dominance in exchange for protection from forces that are even worse. That’s their game. But at some point, they themselves, and their prevailing order, become so destructive, so deceitful, so toxic, that their victims are willing to gamble that the alternatives will not be worse, or at least, they decide to embrace the satisfaction of spitting in the faces of those who have displayed nothing but contempt and condescension for them.”

Elizabeth Warren is shielding Clinton from the consequences of her political failures, which many of Bernie Sanders’ supporters view as wildly hypocritical. Despite portraying herself as the champion of Wall Street reform, Warren remained silent throughout the Democratic primaries. As Sanders railed against the Establishment’s ideal candidate, Clinton received millions of dollars from Wall Street firms through campaign contributions, the Clinton Foundation, and highly profitable speeches. Like South African apartheid activist Desmond Tutu said, “if you are neutral in situations of injustice, you have chosen the side of the oppressor.”

On June 22, as Clinton addressed the current economy, she foreshadowed the dangers her presidency would pose to everyday Americans (while benefiting wealthy campaign contributors). “The heart of my plan will be the biggest investment in American infrastructure in decades—including establishing an infrastructure bank that will bring private sector dollars off the sidelines and put them to work here,” Clinton said. She has yet to detail the specific sources of funds to be invested in infrastructure projects, but told the New York Daily News Editorial Board in April 2015 that it would likely be accomplished through repatriation.

“There’s her statement this week that her infrastructure bank would ‘will bring private sector dollars off the sidelines and put them to work here.’ That phrase—bringing corporate money ‘off the sidelines’—is a favorite of both Democratic and Republican elites to describe slashing the tax rate on overseas profits,” wrote Jon Schwarz for The Intercept. “For instance, Sen. Marco Rubio, R-Fla., used it in a Wall Street Journal op-ed, as did economists writing for the New America Foundation, a liberal think tank.”

Although Bernie Sanders’ campaign did inspire Clinton to pander more to the left, she has not seriously proposed meaningful reforms. Rather, she has begun to tout plans to overwhelmingly benefit her corporate and wealthy donors. Clinton’s political stances are nothing but empty rhetoric, as she has only ever acted in ways to support special interests.

The CEO of the largest private prison company in the country, Corrections Corporation of America, assured investors in early June that the company would be just fine under a Clinton presidency, despite her pledge to end private prisons after being confronted over donations she received from private prison lobbyists. Clinton has also received more donations from the pharmaceutical industry than any other candidate throughout the primaries, contrary to her rhetoric listing the pharmaceutical industry as her enemy—and once calling Medicare-for-all inevitable.

When it comes to the greed and recklessness of any corporate industry, Hillary Clinton can be found at the receiving end of their dubious donations, providing them access to the federal government. While the Democratic Party rallies Clinton for her manufactured faux-progressive image, corrupt corporate lobbyists and special interests are using her candidacy as a Trojan Horse to break into the White House. 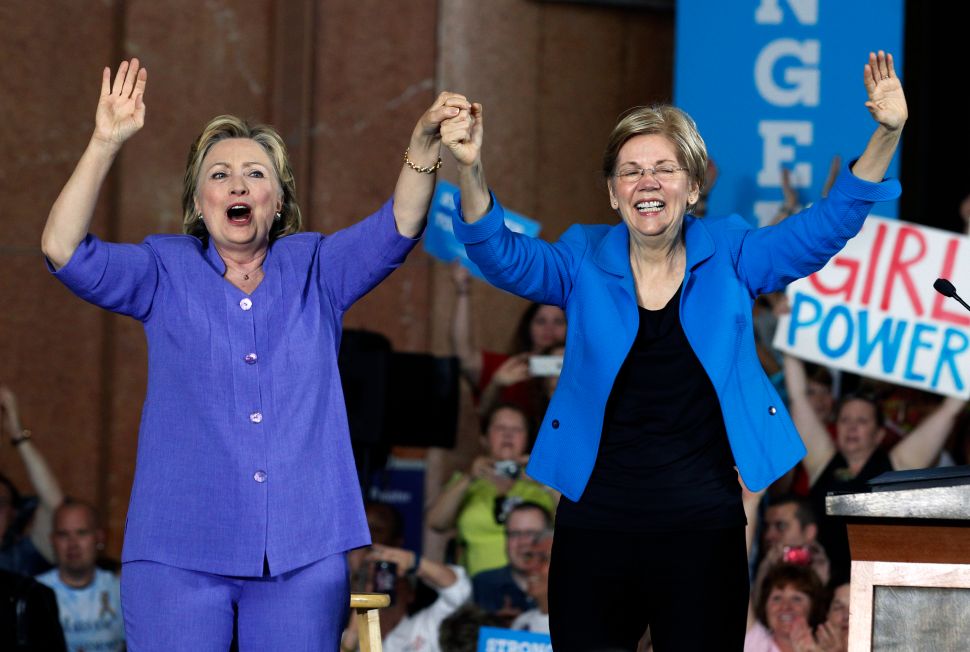