I despise listicles. They are like panel shows on television that try to make the news lighthearted and fun, broken down into soundbites that have little impact on the viewer and give them no greater perspective. Unfortunately, we don’t seem to be able to get enough of them because we love the bite-size morsels of information. It’s no surprise that in our ever more rapidly paced lives, a title on the Internet promising 10 ways to be less stressed each day is welcome. We know it will be short, and we know it will be nicely chunked into bullet points with space in between so we can assimilate the data. But for all that, they leave us strangely empty—no better off after having read them than we were before.

Why do I hate them so much? Here are 10 reasons. Just kidding.

I hate listicles because they’re yet another cheap, clickbait way of grabbing people’s attention, only to serve them a whole load of nothing. They’re the French fries of online content—despite offering no nutritional value and possibly not even tasting great, you can’t stop consuming them. The combination of salt, fat and carbohydrate to our taste buds is similar to the combination of order, brevity and simplicity to our stressed out minds. We thus skim through them quickly and feel like we actually know something, when the reality is we’ve just wasted time that could be spent on other things that are more enjoyable.

Unfortunately it often turns into a compulsive habit—we find ourselves always clicking on the next listicle, which in turns mean lots of page views for the writers. Where promises of page views exist, of course we will find Internet marketers. And if there is one thing I know by now, it’s that marketers ruin everything when it comes to the Internet. They find something that works and say “me too!” before jumping in and sucking the well dry. You need only look at the people writing these listicles to see.

More often than not, they are written by someone who has no clue of what they’re talking about, who has merely curated content from around the Internet and repackaged it into a format that they know will get page views and with enough time, and will hopefully position them as an “expert” of sorts—which they believe they can eventually turn into dollars. The whole thing sets off a gag reflex.

Consider the typical listicle you might see on a website focused on success or entrepreneurship. You’ll see something like “10 Lessons in Entrepreneurship from Richard Branson.” It will be written by someone who in their bio says they are an entrepreneur—a term so nebulous now that it can describe someone who has made zero money doing anything. Wantrepreneur would be a more appropriate title. They’ll have pieced together a list of quotes by Branson, plagiarized a whole heap of articles about him, or—even worse—taken pieces off of other listicles. They’ll then package it into their own listicle with their “insights.”

It will be shallow and won’t tell you much of anything. How can we expect it to? It hasn’t come from Richard himself or anyone who actually knows him. It hasn’t come from someone who has been mentored by him, who has watched him over a period of time and discerned certain traits or qualities that made him successful or which catapulted him forward at different stages. No, it’s a shiny package of nothingness. Oh sure, it will appease some suckers who think the secrets of success can be boiled down to ten points, but for anyone else it’s next to useless.

Then there is the “what I learned” listicle, another favorite of the online expert. I’ve seen everything from “What I Learned Following the Routine of Tom Ford” to “10 Things I Learned About Startups”—when the person interned at a single startup for a few months. The worst are “What I Learned From <insert celebrity>” implying the author actually knows said celebrity or has been mentored by them. Then you get to the page and it’s just a bunch of quotes from the celebrity, with the author’s take on them. Ugh.

The sure sign of a huckster who doesn’t know what they’re talking about is a listicle with absolutes.

A lot of commentators online think that long form content is dead. I (and many others) disagree. The fact that this publication exists is proof that people yearn to read well thought out pieces. One of the other sites I inhabit, Medium, has recently shown just how much readers despise listicles and crave truly great, in depth writing. A few months back, there was a massive backlash against the fact that listicles, life hack and entrepreneur-focused articles were always trending in our feeds despite the fact that many of us didn’t follow these authors or the tags they were using. The backlash changed the landscape of Medium considerably, as their engagement employees were responsive and acted to give us what we wanted: meaningful, long form writing.

From a less personal point of view, the reason we should stop wasting time with listicles is simple: anything worth learning can’t be condensed into bullets. The best and most useful knowledge can’t be packaged by some nobody without experience and transmitted in a quick, three minute read.

One of my favorite pieces of advice with regards to teaching or writing something is to “make it as long as it needs to be, but no longer.” I like this because, when it comes to knowledge, the more you have of it on a particular subject, the more you realize that you can only simplify so much. The person receiving your advice may want brevity and for the information to be presented in easily-digestible chunks, but the simple fact is that regardless of the subject you are dealing with, you’ll get to a point where there is too much nuance to be missed in such a format. I’ve also noticed that the best people I’ve heard interviewed in any field never speak in absolutes—when they give advice they’ll say things like “this worked for me,” “you might want to try this” or “you should consider this.” The sure sign of a huckster who doesn’t know what they’re talking about is a listicle with absolutes.

To drive the point home, ask yourself: how many things have you read in a listicle that you a) Remember, or b) implemented? My guess is not one. Let’s face it, the odds of coming across any new information in a listicle with “10 reasons you should get more sleep” is low. Most of the stuff you’ll read in any of these pieces you already know, because it’s well-established knowledge. There is nothing new or innovative in these pieces because the author doesn’t have the expertise or knowledge to offer anything insightful.

Put it this way: do you ever see Seth Godin put out a listicle of uninspired, prosaic advice that couldn’t be found elsewhere? Of course you don’t, because his knowledge was hard won, and he isn’t going to cheapen it by writing in a format whose only goal is page views.

French fries are mindless eating. You can keep shoving them in your mouth literally without thinking and you’ll be no better off after finishing. Listicles are no different—they are mindless reading. You’re almost never going to get a flash of insight, an “I never thought of it that way” moment, or a change in perspective that you might get from a longer, well crafted piece of writing. 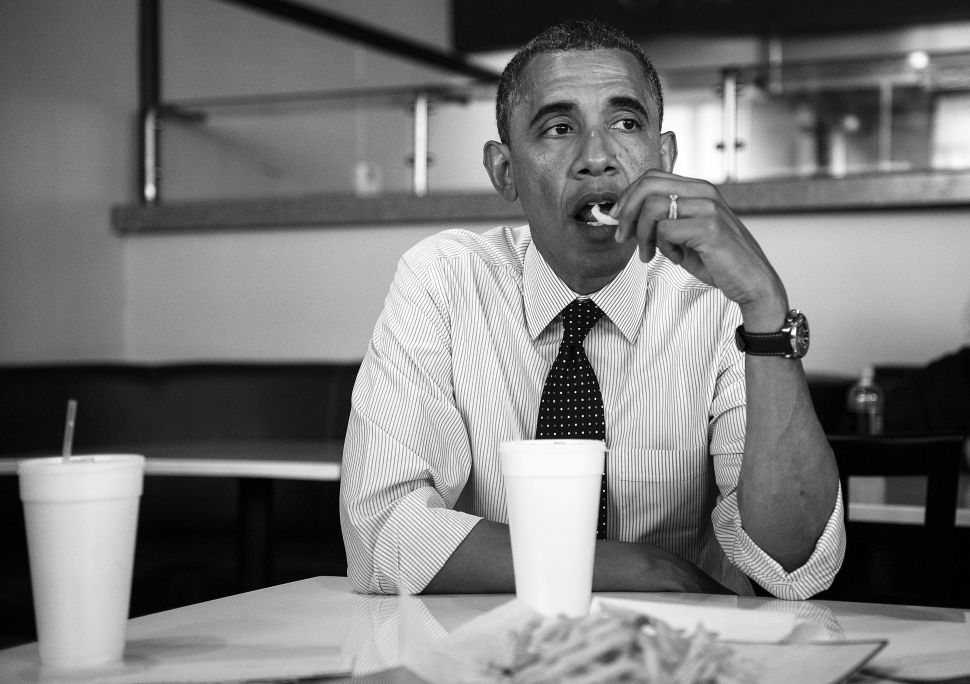