As the potential alibi witness for Adnan Syed, Asia McClain (now married and called Asia McClain Chapman) has been a key player in the massively popular first season of the Serial podcast. Anyone who’s followed along knows she firmly believes she saw Adnan in the library the afternoon his ex-girlfriend Hae Min Lee was murdered and that she wrote to him in jail, was never contacted by any lawyers and finally testified earlier this year. But there is a lot more she wants you to know. To tell her side of the story and put an end to the conspiracy theories brewing online, Asia wrote the book Confessions of a Serial Alibi, which is officially available today.

We interviewed Asia to get the scoop on her new book, but prior to chatting, we gave it a read. A lot of the book recounts what Serial listeners already know from her perspective, but there’s quite a bit of new information as well. Here are excerpts detailing some of the most surprising revelations from the book.

‘I’ve recently started some spiritual counseling with the hopes of recovering real memories. It’s a slow process but I hope that in time I will recover something. I’ve even more recently opened myself to the idea of hypnotherapy.’

‘I haven’t seen Adnan (outside of the post-conviction hearing in 2016) since that fortuitous day in the library. Other than maybe speaking with him very briefly when this is all over, I have no desire to ever speak with him again. I have no desire to be his friend and I don’t want to keep in touch.’

She felt insulted Adnan never wrote her back from jail

‘I do remember feeling a little insulted that Adnan never wrote me back from jail because I had heard rumors that other people had received letters.’

Until Serial premiered, she had no idea she was interviewed for a podcast

‘Looking back, I don’t regret talking to Sarah Koenig at all, however I do wish that perhaps I had taken an extra day or two in order to research her professional affiliations. Perhaps then, I would have realized that I was engaging in an interview with a podcast reporter and that the actual audio of our interview would be aired all over the world. At the time I didn’t even know what a podcast was. Had I’d known what it was, that information most definitely would have influenced my decision and determined to what capacity I chose to participate.’

At first, she felt betrayed by Sarah

‘When SERIAL came out it was like someone dropped a bomb in my lap…As I hit play and began to listen my anger and anxiety began to grow. By the time I finished the first episode I was pacing around the house having a full-fledged shit-fit. “How could she have done this to me, I trusted her?!” I thought. “What a bitch!”’

‘After listening to the entire podcast, let’s just say I was not too happy with Sarah. Okay, scratch that. I was livid. I was mad about the content layout and the jokes at my expense. I was mad about its popularity and I blamed it all on Sarah Koenig. I blamed Sarah for unethically using my audio in the podcast. I blamed her for making me the lynchpin in the story. I yelled at her for making me sound like the bad guy, the villain. I even yelled at her for making my husband sound like a giant asshole (his words, not mine). Oh, I let her have it good!’

And she still has a few bones to pick

‘I will admit, there are a couple of other grievances that I had about the SERIAL podcast. The first is that the timeline of Sarah’s evidentiary findings are somewhat jumbled up. For instance, in the podcast Sarah makes it seem as if she located Derrick and Jerrod prior to speaking with me.’

‘The other bone that I have to pick with the SERIAL team is in regard to another editing decision. It really burns my biscuits that they completely edited Sarah’s conversation with Jerrod. In the podcast interview they caught Jerrod making a funny joke in reference to my name. We all know the joke. It’s the one where Jerrod says: “I have no idea. Asia McClain? Is that a person or a book?” Now I confirmed from Sarah that Jerrod did know who I was, but the editing team loved the joke so much that they decided to go with it.’

She believes she may have see Hae’s ghost

‘It was January 13th, the sixteen-year anniversary of the disappearance of Hae Min Lee. I remember feeling sad and noted how ironic it was for me to be finishing my affidavit on that very day.. Soon after falling asleep myself, I felt my duvet cover slip away from the right side of my body. By that time, I assumed that my husband had made his way to bed and was once again stealing the covers (as he often does). In any right, I didn’t pay it much mind. Slowly I felt the temperature change in my bedroom. Coupled with having no bed covering on me, the temperature change was only slightly noticeable enough that it lightly roused me from my sleep. Half awake, I lay there and became more and more aware of my body’s own presence. I could feel myself lying flat on my back and feeling an enormous weight holding me down. I then realized that I could see around my bedroom and therefore assumed that I was no longer asleep. I looked up towards my bedroom ceiling fan and there I saw a sight that felt like it made my hair turn white. There, floating in midair, about four feet directly above me, was Hae Min Lee. Absolutely scared shitless I tried even harder to move my body but could not. I was literally frozen into place. As I felt my heart pounding in my chest and my breath shortening, it became completely evident to me that I was having a full-fledged panic attack. Unable to do anything else, I stared at the apparition, wide-eyed and full of fear. As I looked up at her I began to notice that she looked exactly as I remembered her in high school and that she was floating in an odd manner…As I continued to stare at her, she reached out her hand to me. Being that I was restrained and full of fright, we were unable to touch. I noticed a sort of sadness about her, as if she was not at rest. In that moment I sensed that she was trying to speak to me, but no words left her mouth. It felt as if she were trying to tell me something, but could not. I don’t know how I know this, but it felt as if she was trying to tell me who killed her… To this day, I’m not sure if I was dreaming or not. To this day I can’t shake the feeling that I may have seen my first and only ghost.’

At the post-conviction hearing, she broke down on the stand

‘As I began to cry I choked up the words, “Whenever someone passes, you try to remember when you last saw or spoke to that person. When we found out that Hae was dead, I tried but I couldn’t remember when I last saw Hae, but I did remember talking to Adnan about her on January 13th in the library.” With that one statement, the tears came and I began to cry. Once the tears came, my face began to uncontrollably wince up. The thought of what happened to Hae all those years ago often makes me very sad. Add in pregnancy hormones and it took me a moment to get my tears to stop.’

After, she learned the thought of the library action can reduce Adnan to tears

‘As we moved on, I explained to him the circumstance that led me to engage in a fifteen- to twenty-minute conversation with Syed and what I took away from that chance encounter. I was informed later that the mere mention of this interaction made Adnan cry.’

‘Phillip and I were still sitting in the downtown Starbucks when I received a message from my OBGYN. I gave them a return call to hear the scariest pregnancy news that I’ve ever experienced: the testing that I had the previous week had come back showing that the baby was at high risk for Down syndrome.’ 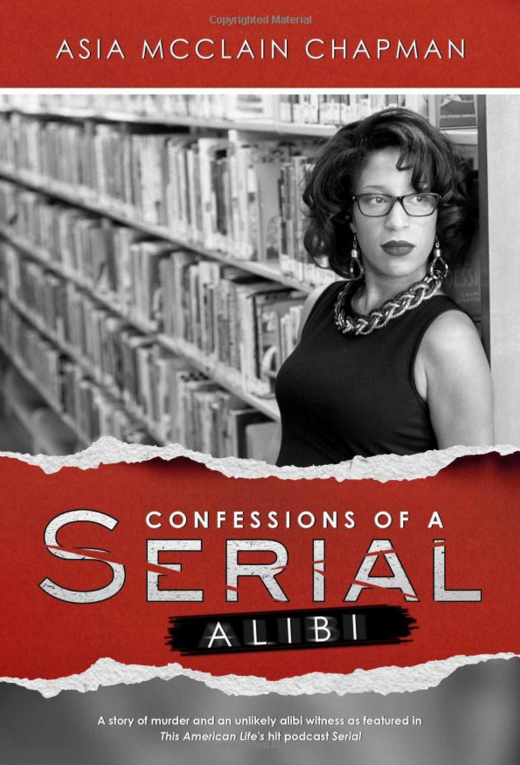