“All those moments will be lost in time, like tears in rain,” improvised Rutger Hauer, in the poetic ending of the classic cult film Bladerunner. The famous quote summarizes the philosophic dilemma that our memories, often fleeting and undependable, are loosely constructed to constantly amend our own identities. From the more recent Facebook timelines to photographs, diaries and schedule planners, a myriad of devices have been created to piece together remnants of our past.

For artist and MIT Graduate, Nima Veiseh, his past is much less fleeting than the ordinary person’s. Veiseh has a neurological condition called hyperthymesia, or Highly Superior Autobiographical Memory, providing him—as one of only 50 people in the world known to have this condition—with the ability not just to remember every day of his life in stunning detail, but to accurately pinpoint each detail by date.

“As far as I know we are not entirely sure what causes it,” Veiseh told the Observer. “They’ve done MRI scans and a lot of tests trying to pinpoint where in the brain there might be a relationship. What we do know is each one of us with this type of autobiographical memory has different triggers. For some it might be a divorce, the death of a family member, the first day of school. For me it was the day I met my first girlfriend.” Since that day, on December 15, 2000, Veiseh can retrieve personal details from every day after with near-perfect accuracy.

With hyperthymesia, these detailed, daily memories are stored as long-term memories. In the brain, short-term memories require quick and simple chemical changes to the synapse in order to maximize efficiency, while developing long-term memories demand neurons create new proteins and expand into the brain’s synapses to facilitate neurotransmitter traffic. According to research conducted by Columbia University neuroscientist, Eric Kandel, hyperthymesia appears to enable Veiseh to undergo this process involuntarily and automatically.

Researchers have grappled with explaining the genesis of hyperthymesia since the condition was first studied and diagnosed in the early 2000s, but no conclusive explanation settled upon yet. Initial hypotheses suggested the condition was linked to autism, but has been proven to be unfounded. The first studied case was published in 2006 by researchers at the University of California, who noted that the hyperthymesia case they studied in Jill Smith, “differs from other cases of superior memory who use practiced mnemonics to remember vast amounts of personally irrelevant information,” adding, “if given a date, she can tell you what she was doing and what day of the week it fell on.”

Although subjects diagnosed with hyperthymesia are able to recall personal life events in extraordinary detail, their ability to memorize impersonal information—such as lists, words, or numbers—are no different than the average person’s capability. In 2013, University of California researchers discovered people with hyperthymesia are also still susceptible to distorting or falsely remembering events the same way ordinary people are, as those with hyperthymesia utilize the same tools in the brain as every other human.

“Memory is actually more a survival tool than an entertainment platform. We use our experiences, as captured in memory, to anticipate and prepare for upcoming events and encounters,” wrote Dr. Moshe Bar, the Director of the Gonda Multi-Disciplinary Brain Research Center at Bar-Ilan University, in an op-ed for The Los Angeles Times. “This ability to predict is inherent to the way our brains work. We find analogies between new situations and familiar scenarios, and prepare to act with high precision.” Bar added that novelty, or new things, are cues for our brains to store something in long-term memory, as mundane day-to-day routines where nothing memorable happens slip from our minds in favor of memories deemed useful.

But this doesn’t explain why or how a few individuals like Veiseh are able to involuntary record memories of nearly every experience and perception as long-term memories. Brains scans have failed to yield much insight on hyperthymesia. Although hyperthymesia cases studied have additional wiring and activity between the frontal lobes, it is not apparent whether these neural networks developed because of hyperthymesia or are a result of the skills associated with it. From what researchers can tell based on research so far, the condition is somehow associated with tendencies to fantasize, obsess over the past, and become absorbed in a particular activity.

Veiseh’s unique memory has been absorbed into art, as he is the only known professional artist diagnosed with hyperthymesia.

“Each one of my pieces is a distillation of a memory or some sort physical phenomenon,” he said. “What I do is I take that memory or phenomenon, whether it be wind blowing through a rose bush, a star exploding, a sunrise, or any number of other things. Distilling that moment into a single point in space and time and then exploding it into a real world artifact on canvas. With each one of my paintings, 15 to 20 layers each, my memory enables to do this because I am able to take a memory, break it down into its component pieces, remember all the layers and recompose them as one holistic memory.” 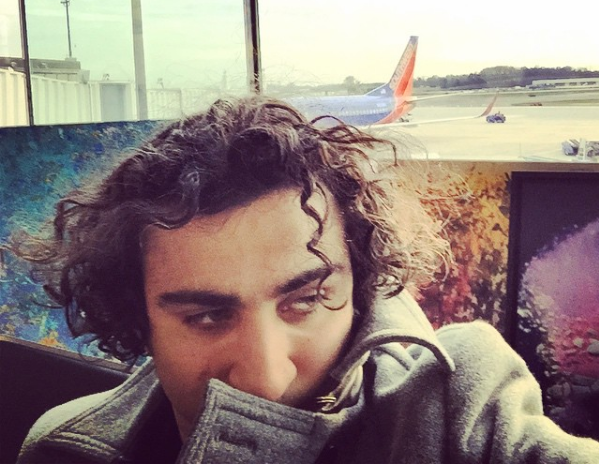