The glitzy, glittering glass tower that is the Baccarat Hotel & Residences is unapologetically luxurious. It is, after all, the flagship for Baccarat Hotels, and is decorated accordingly, complete with red crystal Baccarat chandeliers

And now, after three years, the crown jewel atop the Starwood Capital and Tribeca Associated-developed midtown condo at 20 West 53rd Street has finally found a buyer, albeit one that paid decidedly less than the $60 million that the five-bedroom, 5.5-bath abode was first asking in 2013.

We knew that the penthouse went into contract after its listing price was cut down to $54 million, but the new owners, also known as PH 20 West 53rd LLC, didn’t quite shell out quite that, either–they actually paid $42.55 million to take up residence in this duplex aerie. That is, almost $20 million less than the original price tag attached to the penthouse.

The 7,381-square-foot pad in the crystal-adorned building definitely doesn’t scream ‘discount.’ It has 360-degree views of the city, visible from floor-to-ceiling windows, along with a corner living room, library, eat-in kitchen, and a formal library, per the listing shared by Douglas Elliman brokers Gail Sankarsingh, Janice Chang and Lauren Muss. The Tony Ingrao-designed condo also has ebony stained white oak floors, 14-foot ceilings, a 600-square-foot double height loggia, and the master suite has double dressing rooms and a white marble bath (we’re talking floors and walls), and a freestanding soaking tub. Those not occupying the master suite needn’t worry—the other bathrooms get Siberian polished marble!

“The duplex penthouse was particularly attractive because of its panoramic views of New York City landmarks, including the Empire State Building and One World Trade Center, and its expansive 600 foot, double height loggia,” Mark Gordon, managing partner at Tribeca Associates, told the Observer. Gordon cited the building’s “prime location, iconic design, array of luxury five-star hotel services and amenities, and spectacular finishes” as contributing factors in the building’s appeal to buyers–there are only four units left on the market now.

And while we don’t know too much about the buyer of the penthouse, which is one of 59 residences perched above the 114-room flagship Baccarat Hotel, they’ll be enjoying all the luxe amenities in the hotel, like its restaurant, Le Chevalier (helmed by Michelin-starred chef Shea Gallante), as well as the “aqua” center, which includes the marble-adorned 55-foot pool and the Spa de la Mer—yes, of the Jennifer Aniston-approved skincare fame.

Oh, and don’t forget about the Baccarat Bar, where one can sit and sip champagne and signature cocktails out of, you guessed it, Baccarat crystal glasses. 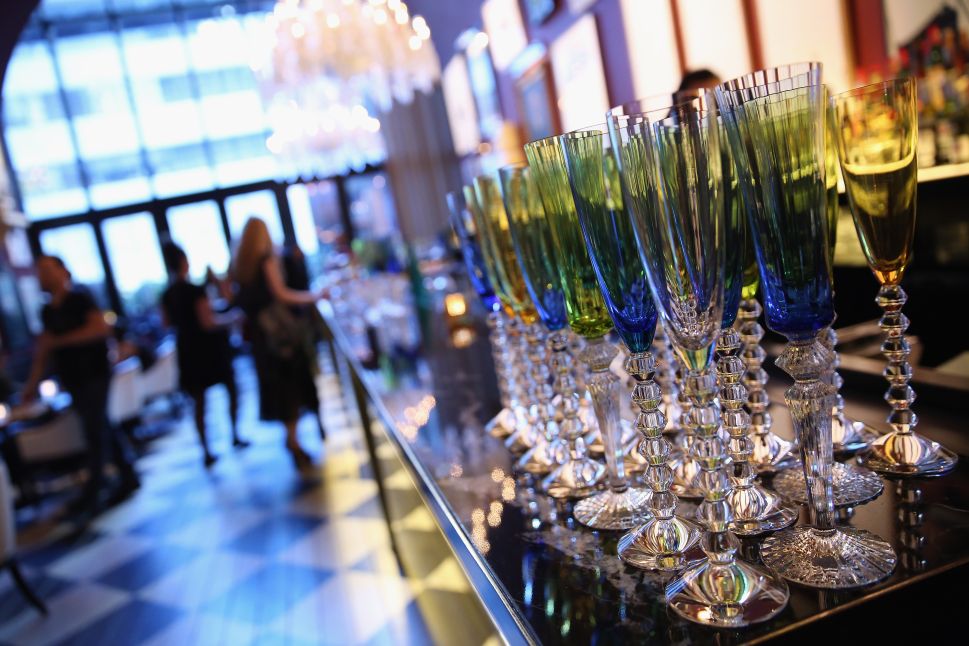