This summer, millions of college graduates will start looking for work. If they’ve had a lot of summer jobs and internship, they may have some vague idea of what they’re getting into. If their comfortable parents have bankrolled summer travel, they could be pretty naïve. But both groups–and their parents–are in for a shock.

In their parents’ day, a job search would involve a lot of research, multiple applications and then interviews. Aspirants might expect to be treated with some politeness, even (if they were very lucky) respect. Their applications would be acknowledged; their job interviews could be negotiated. And whether they’d acquitted themselves well or failed miserably, they’d receive some reasonably cordial verdict.

Not any more. Today, your kids will apply online for a huge number of vague so-called opportunities. They will probably be required to do a number of online tests which, if they’re weak at math or reasoning they’ll recruit their brainier friends to do for them. They might get a phone or Skype interview and if they are staggeringly lucky, they will be told–not asked–when to come in for a face-to-face encounter with a human hirer. If your kids do their research and acquit themselves well, chances are they will never hear another thing from the prospective employer. For weeks, even months, they’ll wait but never know for sure what happened.

What exactly is the difference between a customer and a job applicant? Only that they are dealt with by two different departments of the same company that can’t communicate coherently with itself. Marketing spends a fortune trying to get young people to love them; HR spends a fortune treating them with contempt.

Everything about this process is insulting. It makes eager, smart kids feel like cogs in the machine–because that is how their employers view them. And even the most modest, unassuming of them will get mad sooner or later. They’re being abused and they’re smart enough to know it. And they will remember the companies that did this to them. They will get mad and they’ll try to get even. They won’t buy their products. They’ll avoid their services. And no amount of marketing will turn them into fans.

I’m constantly amazed by how frivolously businesses waste golden opportunities to win fans and create evangelists. Companies spend millions trying to get the attention of young people. And then they find them banging on the door to get attention–only to get kicked in the face. What exactly is the difference between a customer and a job applicant? Only that they are dealt with by two different departments of the same company that can’t communicate coherently with itself. Marketing spends a fortune trying to get young people to love them; HR spends a fortune treating them with contempt.

Plenty of recruiters and managers will insist that this is just a problem of millenials: that this special generation is too cossetted, too demanding and needs to toughen up. I don’t agree–and neither does Patty McCord who, as head of HR at NetFlix, hired boatloads of them.

“Millenials aren’t any different from you or me,” McCord told me. “We’ve just forgotten how ambitious and impatient we were when we were their age!”

I agree with her. The only real difference may be that that we had some experience of being treated with a little respect. I did get my job applications acknowledged. Companies did write to tell me – politely – that they thought they could survive without my contribution. Until I got my first CEO position, I’d never had a job for which I needed to do more than a single interview. I grew up accustomed to being treated like a human being. And when I ran companies, that’s how I wanted my employees–and even aspiring employees–to be treated too. Why waste an opportunity to make fans?

Recruiters or hiring companies imagining that economic conditions will excuse their abuse of applicants are fooling themselves. I don’t care what state the economy is in. Good people have always been, and always will be, in short supply. You will get from them what you put into them. Treat them as though they’re dispensable, worthless and cheap and you can expect their work to reflect your expectations. Manage them like machines and that is what you will get: work that is unremarkable, unimaginative and increasingly worthless.

Does it really take so much time, effort and money to treat people with respect? A simple letter of ‘no thank you’ creates a fan. Actual feedback creates evangelists. And in a business community that is increasingly transparent and connected, these small things can have a huge impact. Especially when, the next time you’re looking for a job, one of those kids is interviewing you.

Margaret Heffernan is an entrepreneur, Chief Executive and author. Her most recent book is Beyond Measure: The Big Impact of Small Changes. 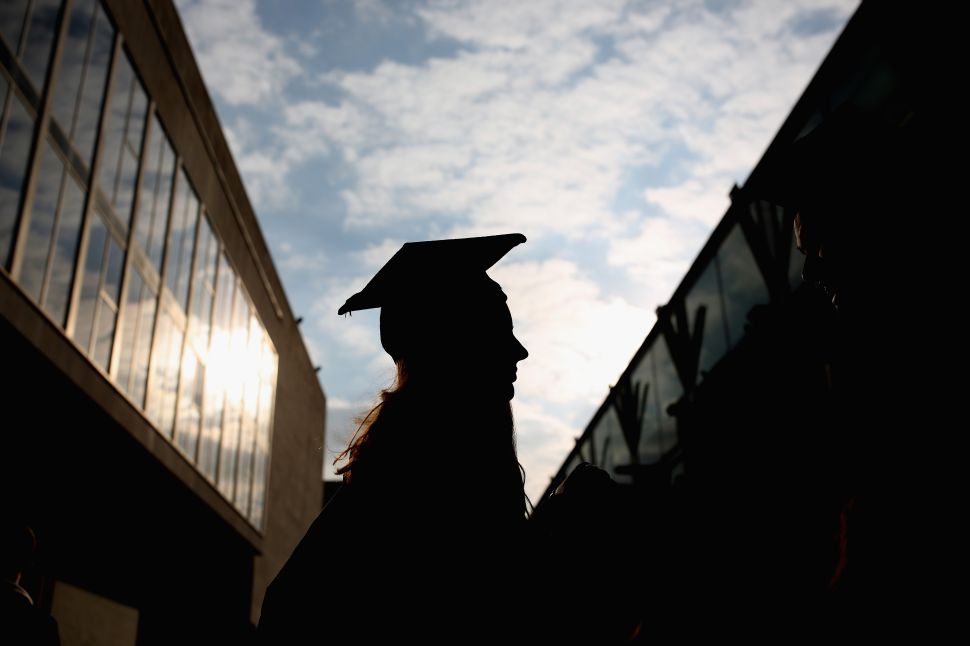