NSA whistleblower Edward Snowden is revered by many as a patriotic hero—a brave figure in the movement to protect civil liberties. But the federal government maintains Snowden set a dangerous precedent by leaking classified material, no matter how noble his motivations for doing so might have been. The documents Snowden leaked helped spur NSA reforms and incited a national dialogue on where the line should be drawn between privacy and government.

Hillary Clinton’s unauthorized use of a private e-mail server also jeopardized classified information—yet, rather than holding Clinton accountable for her actions, the Obama administration and the Democratic Party merely echoed the defense Clinton has used for over a year: they dismissed the controversy.

Break classification rules for the public's benefit, and you could be exiled.

Do it for personal benefit, and you could be President.

Both Clinton and Snowden broke federal rules regarding the handling of classified information, but only Snowden lives in Russia under asylum, likely to face a long prison sentence if he is extradited or attempts to return to the United States. Clinton, on the other hand, is within reach of securing the Democratic presidential nomination. It could be argued Snowden’s actions were in the best interest of the country—former United States Attorney General Eric Holder recently called Snowden’s actions a “public service”—but although Snowden should be able to defend his actions as such, he would nevertheless be prosecuted in court as a spy under the Espionage Act.

There is no doubt Clinton’s actions were damaging—if a lower-ranking federal employee committed such unlawful crimes, the end of their career would be met by a lengthy prison sentence. But Clinton is still allowed to continue her presidential campaign, and at this point, while the reasons for her use of a private email server are unclear, it is safe to assume Clinton’s entitlement is equal parts arrogance and ignorance.

In 2014, Clinton criticized Snowden, alleging his actions helped terrorists. “I think turning over a lot of that material—intentionally or unintentionally, because of the way it can be drained—gave all kinds of information, not only to big countries, but to networks and terrorist groups and the like,” she said at a University of Connecticut event.

Clinton should be held to the same level of accountability as Snowden. While she attacked Snowden for fleeing to Hong Kong and then Russia—falsely claiming there are a lot of protections for whistleblowers—her political power and status within the Democratic Party has inoculated her from prosecution for Emailgate.

“It is a problem because anyone who has the clearances that the secretary of state has, or the director of any top-level agency has, knows how classified information should be handled,” Snowden said in a 2015 interview on Al Jazeera’s UpFront. Snowden also noted that if lower-ranking federal employees did what Clinton did, “they would not only lose their jobs and lose their clearance, they would very likely face prosecution.”

A society that smears and attacks a federal employee for leaking classified information to inform the public of an unlawful mass surveillance program being used by the federal government—reminiscent of George Orwell’s 1984—while simultaneously dismissing any inquiry into similar abuses that yield no public benefit, is a society headed toward a path with limited civil liberties. This prosecutorial double standard, allowing high ranking individuals with political power to walk away from wrongdoings without any repercussions, sets a dangerous precedent. Hillary Clinton should be held accountable for her actions. If anything, her position of power should call for a higher standard of following rules and regulations. 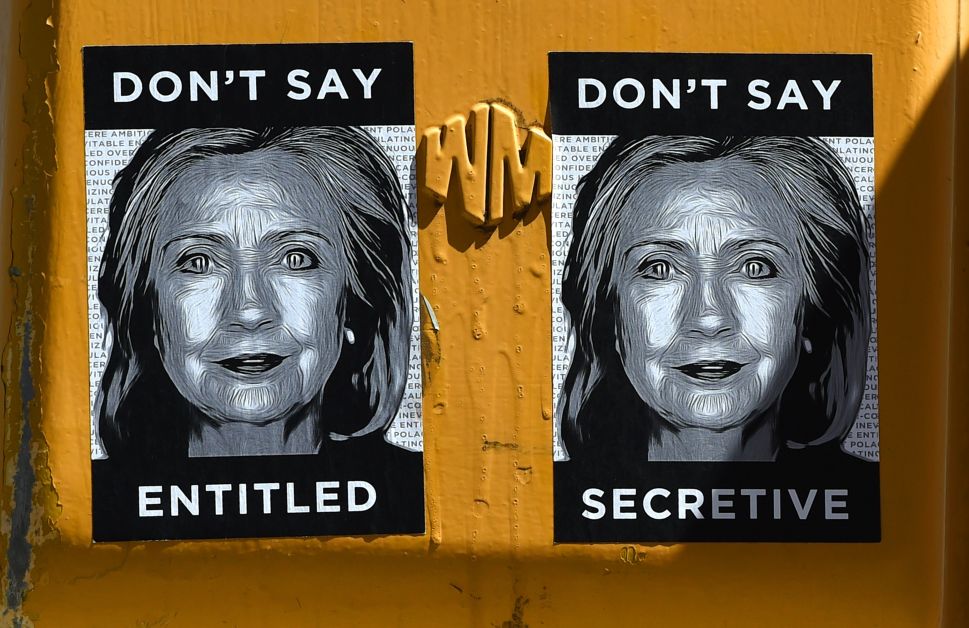