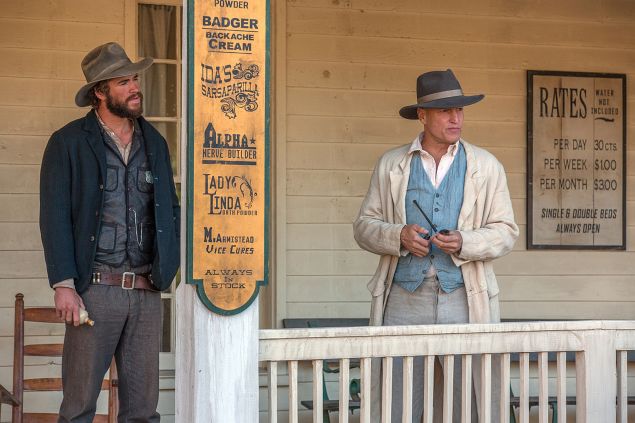 Publicity materials describe The Duel as a western, but except for the fact that it unfolds in Texas, in the aftermath of the war between the U.S. and  Mexico, it doesn’t resemble anything by John Ford. You won’t find any cowboys, Indians or John Wayne lookalikes in Stetsons, just bloodshed all over the boots and saddles, and plenty of it. The theme is racism, insanity and savage brutality in Texas.  Some things never change.  I guess it’s a new-fangled old-fashioned western.

Twenty years after the Rio Grande divided the new state of Texas from its Mexican past, Mexican bodies were still turning up in the red clay on the American side of the river. A former renegade turned maniac outlaw named Abraham Grant (played by a particularly menacing Woody Harrelson) is the culprit. Liam Hemsworth plays David Kingston, the Texas Ranger recruited by the governor to track the villain down and bring him to justice—a task that gets riskier by the day as Kingston and his mixed-blood wife Marisol (Alice Braga) find Alexander, now a fanatical preacher with an entire town under his evil spell, and his psychotic son Isaac (played by the charismatic Emory Cohen, who won hearts as Saoirse Ronan’s love interest in Brooklyn) terrorizing every law-abiding citizen in sight. As David tries to ingratiate himself with Abraham and Isaac (no coincidence there) and become part of the town to prove their complicity in the mass murders, several plot twists emerge: Abraham turns out to be the man who killed David’s dad when he was a child, Isaac is the mean, brooding chip off the old block who ravages and murders prostitutes (but not before one reveals the town’s secrets to the Ranger), and now Abraham pursues his ultimate goal—to rape, brutalize and enslave Marisol. The surfeit of danger and the continuing violence should add up to more suspense, but an occasional abhorrent gasp is all this ambitious, slow-moving, wannabe epic can muster, thanks to the meandering direction by Australia’s Kieran Darcy-Smith.

The flawed screenplay by Matt Cook doesn’t help much either.  Situations are not always convincing, and motivations are so weak that whole sections of explanation seem to be missing.  The big revelation that takes so long to unravel is about Abraham, the religious nut played by Harrelson.  Seems he’s been running a profitable business in slave trading and homicide, imprisoning captured Mexicans in cages, then inviting visitors from faraway places to enjoy the sport of setting them free and hunting them down like  game. An added bonus is scalping them the way the Indians used to scalp the pioneers.  The movie turns from a placid mystery in need of a solution to a tsunami of bloodshed and mayhem so nauseous you sometimes have to close your eyes.  In the middle of the slaughter, David’s wife grows ill, develops a fever and wanders through the mud in her nightgown, while Abraham’s son beats another whore to death.  This is weird enough, but considering the way her Latino ancestors were tortured by Abraham, why does Marisol shift her affection and loyalty to him and turn away from her loving husband David?  When Isaac challenges David to a duel in the saloon, they go at it with two arms tied together and their free hands swinging attack knives.  After the duel, Abraham rewards three of his followers with high-powered rifles and David becomes the prey. The tortures that follow are indescribable.  With so many loose ends, the movie never comes together.

Hemsworth is one of three square-jawed brotherly Australian flavors of the month whom I always get confused.  I can’t distinguish one from the other, but he’s the pretty boy with the muscles from the Hunger Games franchise. He does nothing to advance his individuality here. Woody Harrelson’s cold blue eyes burn brightly through his intense gaze, bouncing the sun off his bald head. It’s always fun watching him chew the scenery, even though all there is to chew in The Duel is an occasional cactus.

Watch a round up of this summer’s westerns, including The Duel: 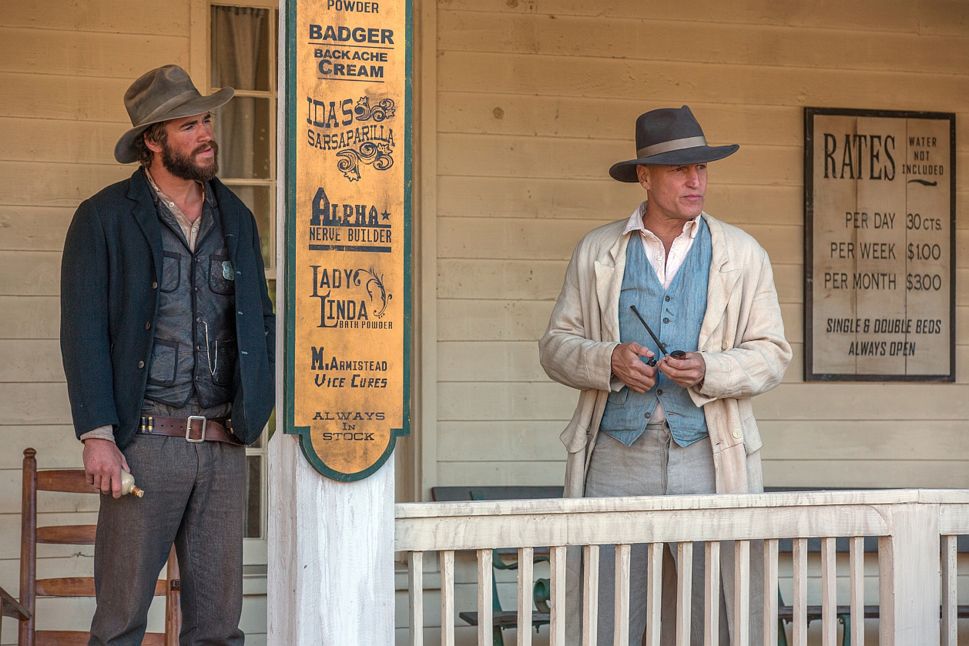