Last night I had this surreal experience. I was in a car on my way to my daughter Shterny’s engagement party in New York while simultaneously calling my daughter Chana in Tel Aviv after hearing about the gruesome terror attack that murdered four. For twenty minutes my wife and my heart skipped a beat as she did not answer her phone. We knew that the attack at the Sarona Market was but five minutes from where our daughter lives. Terror gripped us. Then, finally, she answered the phone and we were so relieved.

And in my relief, I thought to myself that four other sets of parents had no such relief. That my gratitude to God for protecting my daughter came at the expense of someone else’s pain. And all this was happening while I was on my way to another child’s engagement party and what was supposed to be an unmitigated celebration.

That’s what it’s always been like for the Jewish people.

To be a Jew is to live permanently ensconced between triumph and tragedy, hope and pain, celebration and mourning.

Ambassador Ido Aharoni, Israel’s eloquent and outstanding Consul General in New York, came to the engagement party and touched, at my request, on the tragedy unfolding in Tel Aviv even while he wished our family congratulations. Ambassador Danny Dannon, Israel’s fearless Permanent Representative to the United Nations, was on his way to our celebration when he received the news of the attack and was pulled away.

To be a Jew is to live permanently ensconced between triumph and tragedy, hope and pain, celebration and mourning.

We Jews have become inured to heartache, accustomed to being targeted, aware that we are always vulnerable.

And it has to stop.

There is no reason whatsoever that the Jewish people have to live like this. Two thousands years of mass murder and persecution are quite enough. It’s time we got fed up with being targets and became ferocious in our determination to live.

We should no longer have to accept the new president of the National Union of Students in Britain making anti-Semitic remarks. I was in the UK last week and the Jewish community there barely bats an eyelash when some vile comments about Israel and Jews are made by public officials, so accustomed have they become to the attacks. Anti-Semitic attacks on the part of public officials should be automatic disqualifiers to public service.

We should not have to suffer a Presidential candidate who has advisors who call Israel a Nazi state and the IDF the SS, as Hillary Clinton has with arch anti-Semite and lunatic Israel hater Max Blumenthal, the son of the Clinton’s most senior confidant Sidney Blumenthal.

We should not have to hear the amoral European Union speak of “two-sides” of a conflict that features non-stop Palestinian incitement against Israelis and the lionizing of murderers as saints.

And we certainly don’t have to hear any more lectures from Susan Rice about how Jewish settlements “corrode” peace in the Middle East when its blatantly obvious to any impartial observer that corruption of peace has to do entirely with 70 years of Arab vows to destroy the Jewish state.

This corrosion happened way before settlements were even imagined. Way too many Palestinians see Israel as one giant settlement that ought to be erased. And Susan Rice is well aware of this.

What will change it? A new fighting spirit in the global Jewish community against any and all attempts to demonize Jewry, delegitimize Israel, and cheapen Jewish life.

Donald Trump has come under huge fire for his comments recently about an American judge of Mexican descent and other comments about minorities. He deserves the criticism and he should not put his many pro-Israel supporters in the position of having to choose between his very strong support for Israel and the Jewish community’s broader values. Judaism insists on the equal image of God in all of God’s children, regardless of religion, race, or creed. I am in the process of writing an open letter saying just that.

If a UN member-state is allowed to vow every week that they will visit a second holocaust on the six million Jews living in Israel without condemnation from the United States, the most moral nation on earth, the result is the erosion of respect for Jewish life.

But give Trump credit where credit is due. He has deplored the Iran nuclear deal and the legitimization of the Iranian government’s constant genocidal incitement against the Jewish people. He has said that he will undue a deal that gave unimaginable sums to a government that funds a proxy army on Israel’s border committed to acts of terror that kills scores of Israelis.

Where is Hillary Clinton’s similar denunciation? Does she not realize that when she brags about being the architect, as Secretary of State, of an agreement that gave $150 billion to the terrorist Iranian government that promises to wipe Israel off the map, she is participating in the cheapening of Jewish life? And this demeaning of Jewish life leads directly to the kind of attacks on Jews that we just witnessed in Tel Aviv.

If a UN member-state is allowed to vow every week that they will visit a second holocaust on the six million Jews living in Israel without condemnation from the United States, the most moral nation on earth, the result is the erosion of respect for Jewish life.

This is not political. It’s about values. The comments Trump is guilty of making that contravene essential American values deserve to be condemned. And they have been. But Trump has never legitimized a genocidal government the way the Obama Administration and Hillary have. And I call on them, the way I call on Trump, to live by humanity’s’ highest values, which includes not only refraining from comments that ever demean a minority group, but also condemning governments that threaten to annihilate minority groups.

It’s time for Jewish life to become valuable once and for all. This will not happen unless we Jews finally demand it.

Rabbi Shmuley Boteach whom The Washington Post calls “the most famous rabbi in America” is the founder of The World Values Network and is the international best-selling author of 30 books, including his forthcoming, “The Israel Warriors Handbook.” Follow him on Twitter @RabbiShmuley. 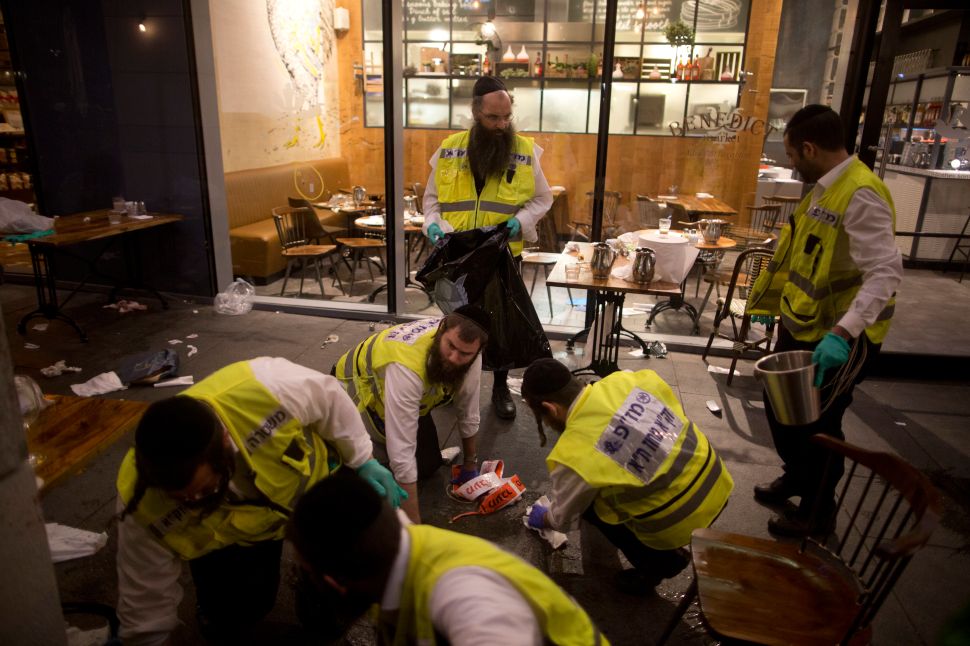